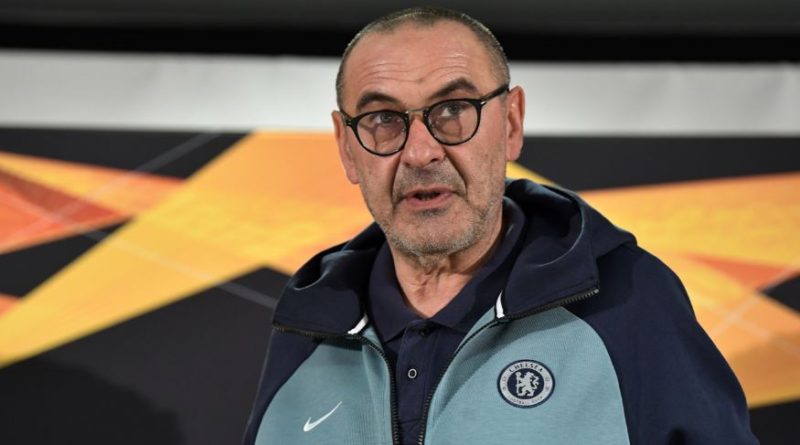 It has been officially confirmed that Maurizio Sarri has been appointed as the new Head Coach of Serie A champions Juventus on a three-year deal. The much anticipated move comes after the highly esteemed Neapolitan’s regimental-esque, one-season tenure with Chelsea, which highlighted Sarri’s otherwise prolific Sarri-ball-inspired Chelsea triumphantly winning the UEFA Europa League Final in a very commanding 4-1 victory over Unai Emery’s Arsenal at the Baku Stadium in Azerbaijan.

Chelsea under the managerial guidance of Sarri additionally saw the decorated west London club runners-up to Pep Guardiola’s ruthless Manchester City in the Carabao Cup, as well as the Blues reaching the fifth round of the F.A Cup before being eliminated 2-0 by Manchester United courtesy of goals from Ander Herrera and Paul Pogba.

Meanwhile, Sarri’s predecessor, Massimiliano Allegri, who left Juventus at the end of the 2018/2019 season after the Old Lady secured its fifth consecutive Scudetto, won the Supercoppa Italiana, whilst reaching the Quarter-finals in both the UEFA Champions League and Coppa Italia. Juventus defeated AC Milan 1-0 in the 2018 Supercoppa Italiana under Allegri courtesy of a 61st minute goal from Portugal superstar, Cristiano Ronaldo. Elsewhere, Juventus saw elimination in the 2018/2019 Coppa Italia Quarter-finals via a 3-0 defeat at the hands of Atalanta Bergamo. Furthermore, the Bianconeri also witnessed elimination in the 2018/2019 UEFA Champions League at the hands of eventual Champions League semi-finalists, Ajax (3-2 on aggregate).
However, last season, Juventus confidently won the Scudetto 11 points clear ahead of second place Napoli and are currently looking ahead to win their first UEFA Champions League title since 1996 under the managerial guidance of Sarri.
Acclaimed MARCA Editor-In-Chief, Dov Schiavone, who has also previously contributed for internationally acclaimed Italian daily newspaper La Gazzetta dello Sport, esteemed global football website GOAL and reputable British daily newspaper Metro UK, briefly caught up with FOX Sports 96.9 FM/1340 AM’s Dean Perretta to candidly share his very interesting thoughts on Juventus hiring Maurizio Sarri as their new Head Coach, the Bianconeri’s UEFA Champions League expectations for the 2019/2020 season, coupled alongside the much-anticipated pending effects of Sarri-ball in Turin.

Dean Perretta: Dov, Maurizio Sarri has, of course, been named as the new Head Coach at Juventus. Does the no-nonsense Italian have the credentials and pedigree to potentially lead the Bianconeri to their first UEFA Champions League title since 1996 in the forthcoming campaign?

Dov Schiavone: He won his first trophy (UEFA Europa League) in top tier professional football in May (with Chelsea) which puts him on a good road, and gives him the experience of going all the way in a European cup competition. He is a competent tactician and has a very distinct style, which most coaches in world football are complimentary. A lot will depend on how quickly the players adapt to his style, and who comes in. Plus the Champions League really depends on how the draw goes as well. Juve went close twice with (Massimiliano) Allegri, and the club feels it’s time to try another route. They want a philosophy, a distinct style that can be associated with Juve – Like Barcelona and Tiki Taka.

Dean Perretta: Irrespective of UEFA Europa League glory with Chelsea last season, why do you believe Sarri-ball was much-maligned amongst a certain portion of Blues supporters?

Dov Schiavone: I think it was not highly thought of (at Chelsea) because it takes time to implement his tactical style. When at Napoli, he (Sarri) needed a season at the very least to get those ideas across to the players and getting the right players for his style. One other issue is that the players need to fit the style, rather than Sarri modifying the style to fit the players available. And if you look at that with Napoli, he hit record points totals with the club. It works if given time.

Dean Perretta: Sarri stubbornly preaches equality and team-work, but how do you feel the Juventus players will adapt overall to not only Sarri-ball, but his ever-strict power of authority?

Dov Schiavone: I don’t think it will be a problem. Under (Massimiliano) Allegri, Juventus were very pragmatic, they won, but not in the most beautiful way. Sarri will, I think, almost instantly change the aesthetic of Juventus, which is something that the hierarchy wanted, and if you ask any player (at Juventus), they would rather be in a fun, more attacking side. In terms of authority, that will come from President Agnelli, vice-president Nedved, and sporting director Paratici. If they back Sarri, he will overcome any player power (within the club). This was most recently demonstrated after the 2017 Champions League final when (Leonardo) Bonucci and Allegri had an altercation, and the Juve board chose the coach over the player.

Dean Perretta: Last season, Juve won the Scudetto 11 points clear ahead of runners-up Napoli. Throughout Turin, and, of course, Italy at large, what it is the overall reaction, particularly amongst the media and fans, with regards to Sarri’s arrival at the Old Lady?

Dov Schiavone: Most seem to be happy with the appointment (of Sarri). Sarri is well thought of in Italy, among fans and media. Some of the more hardcore supporters have expressed their displeasure of Sarri flipping the bird to Juventus fans when he was the coach of Napoli but given a few games and wins, this will all be forgotten.

Dean Perretta: Lastly, prior to the Neapolitan’s arrival, Cristiano Ronaldo reportedly provided the green light to work with Sarri at Juventus. How reassuring is this approval for both parties and indeed for the culture and aura at the club in the coming season? Dov Schiavone: Cristiano Ronaldo…nothing to do with green-lighting Sarri’s arrival. That came from (Andrea) Agnelli, (Pavel) Nedved and (Fabio) Paratici. The culture at the club is that no one is bigger than it, not even (Cristiano) Ronaldo. From the information I have, Ronaldo is interested to see how Sarri works, and never had any input on his appointment (as manager of Juventus). 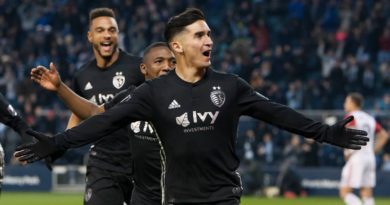 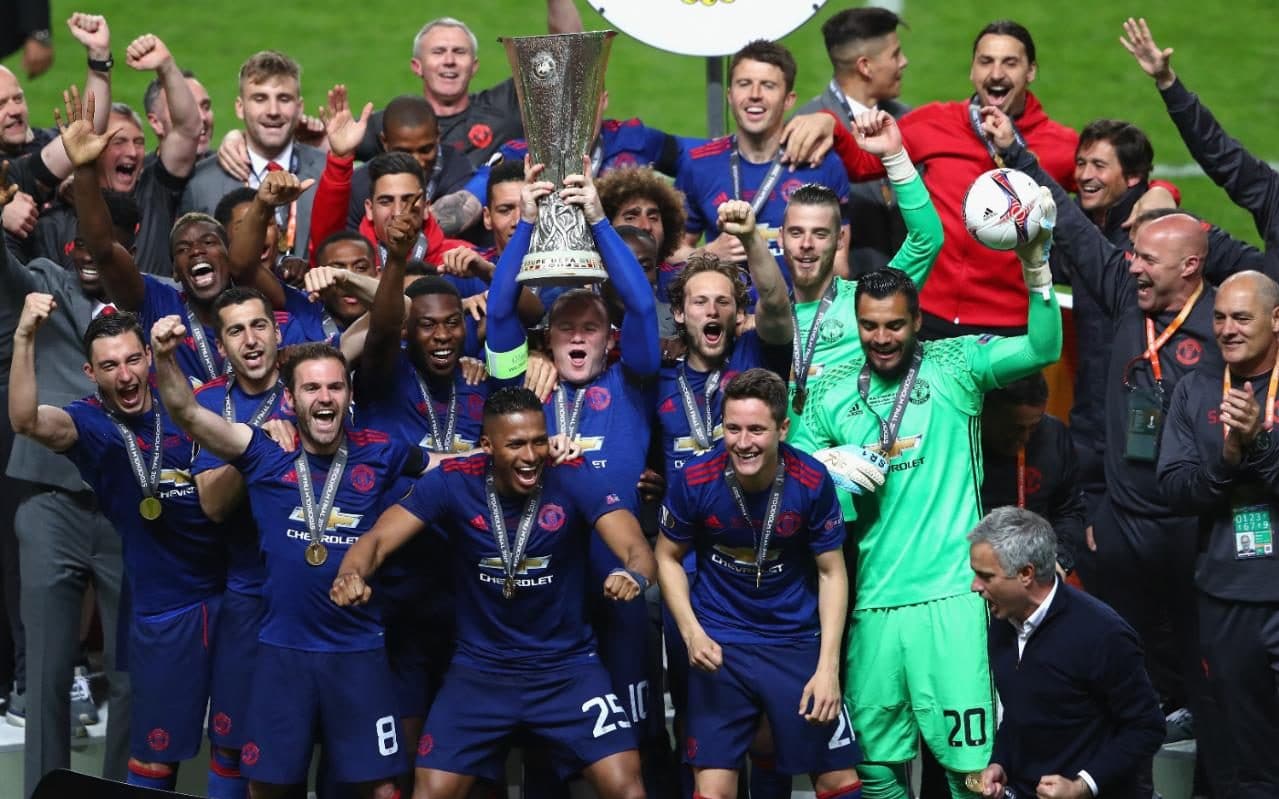 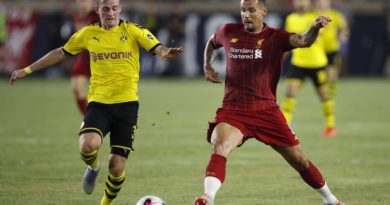