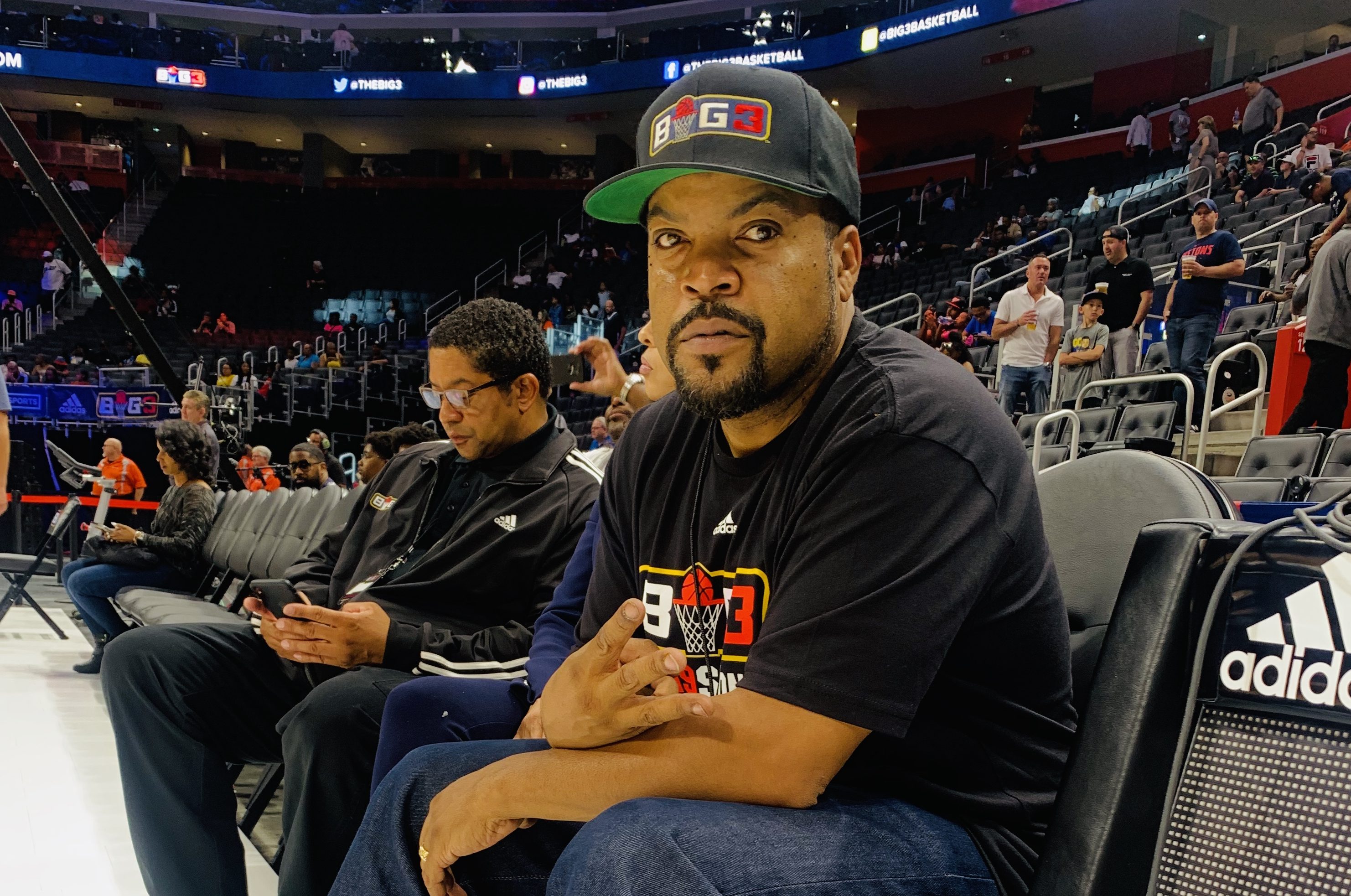 For months, the anticipation over the third season of the BIG3 has been growing as announcement after announcement set the stage for this season to be the best yet for the premier 3-on-3 basketball league. Still in its infancy stage, the league expanded to include four new teams – Enemies, Triplets, Bivouac, and Aliens and added eight cities. The number of former NBA players suiting up for the BIG3 increased from 48 to 72 as the BIG3 held its first ever Combine and Draft.

The league experienced growth off the hardwood as well, securing deals with  CBS Sports, Toyota, adidas, State Farm, and cbdMD. Just a couple weeks ago, it was announced that the BIG3 would be partnering with 90 Plus Group for an All-Star China tour taking place in Fall of 2019.

Now – it was time to handle business on the court as season 3 tipped off Saturday night at Little Caesars Arena in Detroit. First up, the 3-Headed Monsters faced off with a new-look Trilogy. James White is the lone returner from the 2018 team. Gone from Trilogy are 2018 co-captains Al Harrington and Rashad McCants, and captain Kenyon Martin who graduated to the coaching ranks and made his debut Saturday night. The 3-Headed Monsters have three new players in Tre Simmons, Mario Chalmers, and Larry Sanders. However, they retained the bulk of last year’s roster in captain Rashard Lewis and co-captains Reggie Evans and Mahmoud Abdul-Rauf. Gary Payton is back as coach of the 3-Headed Monsters and, as expected, held nothing back. The Monsters were able to hold off a late surge from Trilogy to come away with a 51-46 win. Although not completely happy with his team’s performance, Payton praised their competitiveness.

Evans led all scorers with 22 points and 23 rebounds while Lewis added 18 points and 11 rebounds. Trilogy was led by White’s 17 points and 7 rebounds. The real winner of the night was Larry Sanders who proposed to his girlfriend who joyfully accepted.

Up next was a rematch of last year’s championship game as Nancy Lieberman’s Power took on 3’s Company. New year, same results as Power dominated the game from start to finish in a 50-38 win as 2018 MVP Corey Maggette watched from the sideline. Cuttino Mobley led all scorers with 28 points including the game winner. Drew Gooden and Dijon Thompson added 12 and 10 points, respectively in the losing effort. After the game, Mobley and Quentin Richardson discussed what keeps them coming back to the hardwood.

“For me, it’s just the comradery,” said Mobley. “This is my sanctuary, this is my church and if I have my peers with me, there’s issues behind closed doors that we all go through as human beings and when I get to be with them on weekends, I kinda release my anxiety, my stress and whatever it is.”


Quentin Richardson added, “I would agree with what Cat said. For us, basketball is, no matter how old you get, even if we’re old enough to where we can’t play anymore, we’re still gonna wish we could get out there and play and get that thrill again.”

Capping off a night was a match up between two new expansion teams, Enemies and Bivouac. Enemies was already shorthanded without guard Gilbert Arenas and found themselves down to four players after Royce White was ejected early in the game. Both White and Josh Smith of Bivouac were ejected following a tussle on the floor.

Craig Smith led Enemies with 26 points and 11 rebounds but it wasn’t quite enough as former Indiana Pacer Will Bynum sank the game winner and Bivouac left Detroit with a 50-43 win; he finished with 22 pounds and 3 rebounds. Anthony Morrow added 16 points and 5 rebounds for Bivouac in his Big3 debut. One player that had all eyes on him was Enemies’ Lamar Odom who is back on the court after overcoming a near-fatal drug addiction. Odom added 2 points, 4 rebounds, and 1 assist. After the game, Bivouac coach Reggie Theus discussed Smith’s ejection and its effect on the game plan.

“As a coach, I enjoyed the intensity and the passion early. Obviously he (Smith) can’t contain himself but I thought that everybody picked it up and really set the tone for the way the game finished in my opinion,” said Theus.

The BIG3 travels to Indianapolis on Sunday as the other two expansion teams the Aliens and the Triplets get the action underway at 1pm from Bankers Life Fieldhouse. The Killer 3’s and Tri-State will take the stage next and the Ghost Ballers and Ball Hogs wrap up the opening weekend.