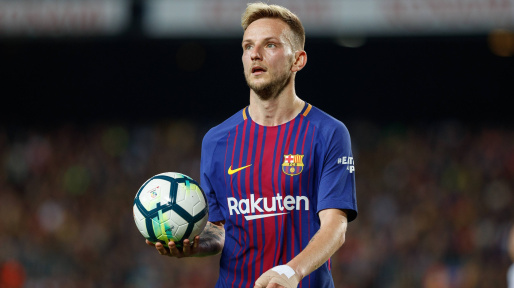 FC Barcelona and Croatia star Ivan Rakitić is among a prominent wave of high-profile international professional athletes currently serving as an ambassador with the ever-growing European sports bet company FavBet.

In August 2019, the ever-masterful 31-year-old Croatian maestro, a four-time La Liga champion and FIFA World Cup runner-up, signed a two-year deal with the acclaimed Ukrainian sports bet company to headline FavBet’s unique commercial video and marketing campaign initiatives. Rakitić will represent FavBet throughout Europe, while in Ukraine the FIFA World Cup runner up will represent the Favorit brand. The highly decorated Rakitić, a Croatian national hero with over 100 caps for the Croatia national team, will play an instrumental role as the face of FavBet’s exciting online and offline marketing campaigns.

Moreover, FavBet has officially confirmed that the company will launch an online business in both Croatia and Romania as part of FavBet’s much-awaited European expansion which gears to fully propel the Ukraine-based company even further into the commercial stratosphere within the sports bet industry. Operating an online business like this will mean that the correct payment software will need to be implemented to ensure financial efficiency. There are resources like https://merchantalternatives.com/reviews/vizypay/ available that can be looked into for this type of business support as well as others.

FavBet, founded in 1999, has established a stellar reputation as a trusted and regarded company within the international sports bet industry since its inception. FavBet, which initially started in Ukraine, attracts an estimated one million users daily throughout Ukraine.

“First of all, I want to point out the active business growth in key target markets – mainly in Ukraine and Belarus. However, our main goal for 2020 is European expansion. Thus, in the first half of the year it is planned to launch an online business in extremely competitive, but very promising markets of Croatia and Romania.” said Oleg Smityuk, Head of international marketing at FavBet.

Smityuk added, “For several years now, FavBet’s land-based betting shops operate in these countries and, given the upcoming EURO-2020, as well as the upcoming Olympics in Tokyo, we realized that it is hard to imagine the better opportunity for the kick-off in the next 2 years.”

“We have our global website: favbet.com, which accepts users from all over the world, and our experienced team of specialists that support our users in 14 languages, including English, Italian, and Spanish.”

Dean Perretta: Ivan, can you talk about your proud role as an Ambassador of FavBet and, of course, the overall qualities and ethos of FavBet that ultimately led to this high-profile association?

Ivan Rakitić: Right from the contract negotiation stage, I was impressed with an honest and open dialogue with the guys from FavBet. For me, it is a direct evidence that the company treats its clients and employees in the best way. These values are rather personal to me and I readily accepted their offer.

Dean Perretta: Since becoming a FavBet Ambassador, can you reveal more about the key campaigns and events that the company has successfully initiated?

Ivan Rakitić: As far as I know, the company has ambitious plans for 2020 to expand (further into) the European market. And I am very pleased that the European development path of FavBet will begin with my native country – Croatia. By the way, just a month ago, I participated in the first advertising shooting for FavBet in Croatia. I cannot wait for the kick-off of our inspirational campaign.

Dean Perretta: Lastly, in terms of FavBet’s approach and philosophy, what do you believe separates the brand from competitors in the contemporary market?

Ivan Rakitić: You know, many companies appear to follow the same things, repeating one another. When this happens, they don’t particularly stand out.

FavBet’s approach is completely different. I really like to be part of one friendly team, like in football. In fact, in addition to several thousand employees, today our team includes such stars as Oleksandr Usyk, Alexander Hleb, Andriy Yarmolenko, Ivan Redkach. I am very glad that recently my good friend joined us – the invincible Filip Hrgović.

Each of us has achieved many sport goals and we are all united by the desire to win and become better every day. Such a philosophy definitely relates to me.