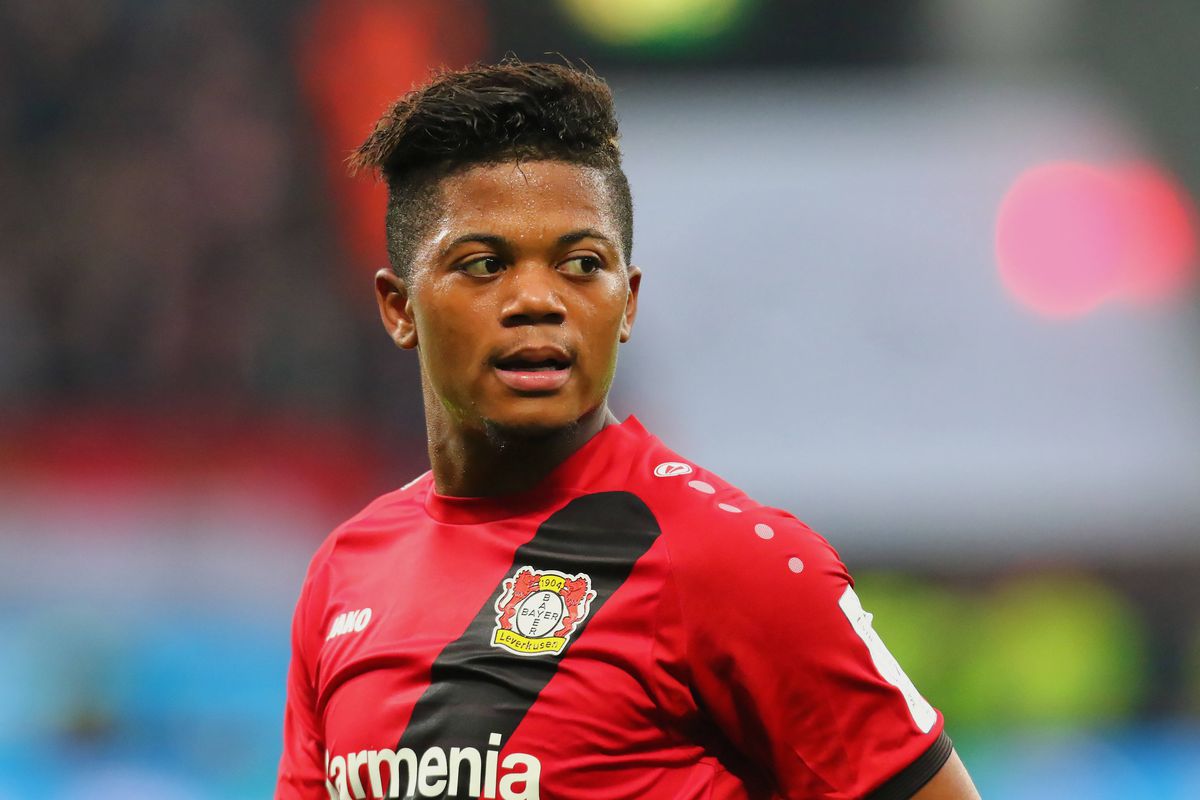 Bayer 04 Leverkusen currently stands sixth place in the Bundesliga this season having registered 28 points (from a maximum of 51 points) throughout 17 Bundesliga games; five points adrift from current third place side and reigning Bundesliga champions Bayern Munich. Die Werkself meanwhile have won three games from their previous six Bundesliga encounters scoring five and conceding seven during this period. The North-Rhine Westphalia club defeated 1. FSV Mainz 05 1-0 on December 21 in their final Bundesliga match prior to the winter break.

Bayer 04 Leverkusen, who have sealed UEFA Champions League action five times and UEFA Europa League four times throughout the course of the last ten seasons, remains steadily of course to seal European action again once this term under Peter Bosz; a Michael Ballack-led Bayer 04 Leverkusen finished as runners-up in the 2002 UEFA Champions League Final in a 2-1 loss to a Zinedine Zidane inspired Real Madrid at Hampden Park.

FOX Sports Radio 96.9FM/1340AM’s Dean Perretta caught up with Bayer 04 Leverkusen and Jamaica star, Leon Bailey, 22, to positively discuss the impact of his ambassadorial role at Jamaica’s acclaimed Phoenix All Stars Football Academy, coupled alongside the 22-year-old Bundesliga standout openly sharing his thoughts on the values and virtues of the Phoenix All Star Football Academy and the ambitions for the academy in 2020.

Dean Perretta: Leon, can you talk about the positive impact of the Phoenix All Stars Football Academy and, of course, the origins of the academy?

Leon Bailey: Phoenix All Stars Football Academy was founded by my father Craig Butler back in 1980 when he too was a teenager. His goal was to use football as a vehicle to advance himself and his friends. At that time, he got a football scholarship to university in the (United) States. He promised that when needed, Phoenix (All Stars Football Academy) would be started again. In 2004, my brother Kyle and I asked my Dad to coach us. He resigned from a lucrative job at Toshiba as the General Manager and began Phoenix again

Phoenix is exactly what it states – a football school that focuses on high technical development and moral and social responsibility. We are taught great skills and we are complete players by the time we are finished, but we are also taught many life skills. We were taught to cook, to drive, to clean and to sew, to take care of ourselves. We were also taught how to carry ourselves in public, how to shake hands and be good ambassadors.

We are also mandated to return and give back to the younger ones in the academy as examples.

My Dad was a good footballer with great shooting skills and speed. He was also very academic and so he learned a lot from clubs like Ajax, Genk, Bayern Munich and Barcelona and brought them back to the academy and combined the speed and track training that the Jamaican track coaches use and he created a new type of player. He also made sure we focused hard in academics and languages which make us more adaptable.

I am successful this far but he still pushes me to go further. And Phoenix has developed over fifty players playing at different levels of professional football all over the world. So the impact is great.

Dean Perretta: Can you reveal more about your role and involvement at the Phoenix All Stars Football Academy?

Leon Bailey: I am one of the four main ambassadors of the academy – Travis Blagrove, Kyle Butler, Kevaughn Atkinson and myself.

I also am responsible for ensuring the kids have a positive role model, so it’s important I set good examples. As time passes, and my Dad is not able to manage the academy when he gets older, it will be our job to take over. I use the skills learned in our academy when I play and they are indeed unique to Phoenix – our shooting technique, dribbling and change of pace.

Dean Perretta: With regards to training, can you touch on the technical and tactical coaching modules at the Phoenix All Stars Football Academy?

Leon Bailey: The technical training at Phoenix can be exhaustive. My father is obsessed with us getting it right and he believes in repetition. So for example, we have a drill called the drill of death where we are repeatedly shooting two hundred balls in one go with the last five being the most important. Created muscle memory, so we don’t have to think when we shoot. Believe it or not, every Phoenix (All Stars Football Academy graduate) ends up being the designated dead ball shooter for their club teams as I am at (Bayern 04) Leverkusen. Technical training is complex at Phoenix, dribbling skills are repeated over and over in skills sets until they are a part of us. Attacking midfielders are trained specifically to dribble and to send through passes through our drills. Our focus even with central defenders is on developing strong attacking players and the training drills are taken from the best clubs in the world and modified to adapt to our natural speed as Jamaicans. Most of the attacking players at Phoenix could run in the Olympics one hundred meter final as we train in track hard. We have a no nonsense mentality and our motto “The Phoenix can never die” speaks to determination and resilience. And the second part of the motto “Phoenix leaves no one behind” makes us unified in our approach.

Dean Perretta: What are the key virtues and ethos of the Phoenix All Stars Football Academy?

Leon Bailey: The key virtues are loyalty, love and family. Determination and resilience, as well as faith. The very name used for the Phoenix is an example. A bird that can never die. An academy that never backs down and keeps going. The worst thing a team playing against us can do to themselves is to score early against us. We will fight back and the mantra keeps going in our heads “Never give up”.

Dean Perretta: Lastly, where can the general public find out more information and stay connected on social media with Phoenix All Stars Football Academy?

My Dad remains always easily accessible as many people Whatsapp him at 8763985994.

And many people come to train (at the Phoenix All Stars Football Academy) from Europe and the United States, as well as the Caribbean islands. We even had players from Japan.

So in reality, we aren’t hard to find as my Dad video tapes everything and posts (on social media). Also, people can use his Instagram page to find him.