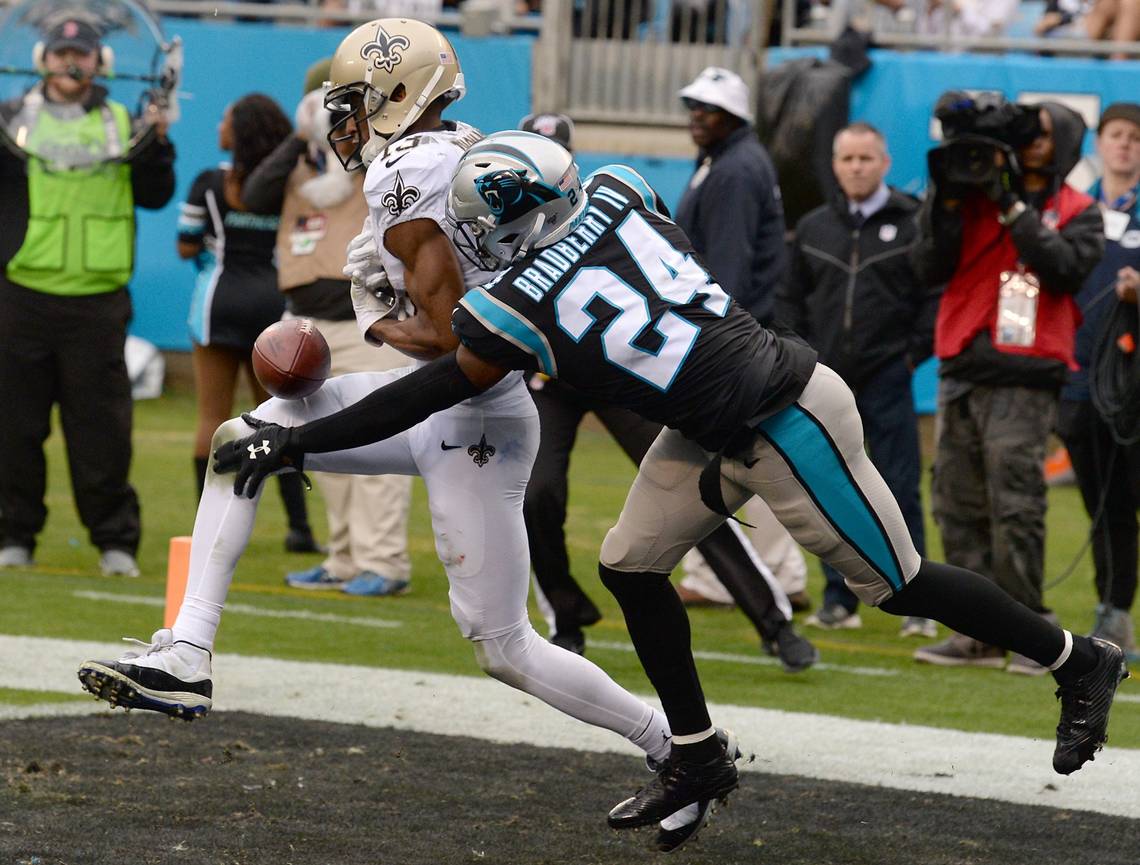 When it comes to the Carolina Panthers and New Orleans Saints regular season finale, many circumstances from last season remain. Like last year, the Panthers came into Sunday’s contest on a seven-game losing streak. Also, the Panthers started the game with the third-string quarterback under center. However, unlike last season where the Saints sat their starters, there was more at stake. For the Saints, there is the top seed in the NFC going into the playoffs. For the Panthers, it was a shot at history for running back Christian McCaffrey who went into the game just 67 receiving yards shy of a historic 1,000/1,000 season. Only two other players in the history of the league have accomplished such a feat – Marshall Faulk and Roger Craig.

The Saints came out on fire, scoring touchdowns on two of their first three possessions en route to 12 first downs compared to none for the Panthers. Saints running back Alvin Kamara scored both of those first quarter touchdowns. Quarterback Will Grier got the start for the second week in a row and struggled early, completing only one of his first five passes for a total of 4 yards and a quarterback rating of 39.6 in the first quarter.

Things didn’t get much easier in the second quarter for Grier who lost a fumble and then threw an interception in the very next offensive series. Former Panther AJ Klein intercepted Grier at the 14-yard line and returned it for the touchdown giving the Saints a 21-0 lead. On the next possession, Grier injured his foot as he was sacked by Cam Jordan and left the game. On their next defensive series, the Panthers were flagged for two penalties, unnecessary roughness after the play and defensive pass interference. The pass interference penalty gave the Saints the ball at the Carolina 1-yard line where Drew Brees connected with Tre’Quan Smith for the one-yard touchdown.

With Kyle Allen under the center, the Panthers were able to muster up three more first downs and finally got on the board with a 23 yard field goal by Joey Slye with 0:36 remaining in the first half. When Grier left the game, his quarterback rating was a paltry 0.0.

The onslaught continued into the second half where Brees connected with Taysom Hill for a 45 yard touchdown giving the Saints a 42-3 lead. With the game out of reach, the silver lining for Panthers fans would be Christian McCaffrey eclipsing the 1,000/1,000 mark with 2:37 remaining in the third quarter. Allen found McCaffrey on a short left pass where he picked up the 17 yards needed to give him exactly 1,000 receiving yards on the season. Only two other players in the history of the NFL had accomplished the feat – Marshall Faulk and Roger Craig. A few plays later, McCaffrey rushed for a 1-yard touchdown; the Panthers’ first touchdown since the second quarter of their game against the Seattle Seahawks in Week 15.

With the game put away, the Saints let Teddy Bridgewater take the reins for the fourth quarter. Bridgewater needed one touchdown pass to secure $250,000 bonus but the scoring was done for both sides as the Saints left Charlotte with a resounding 42-10 win. The loss was the Panthers’ eighth straight and dropped the team to 5-11 on the season.