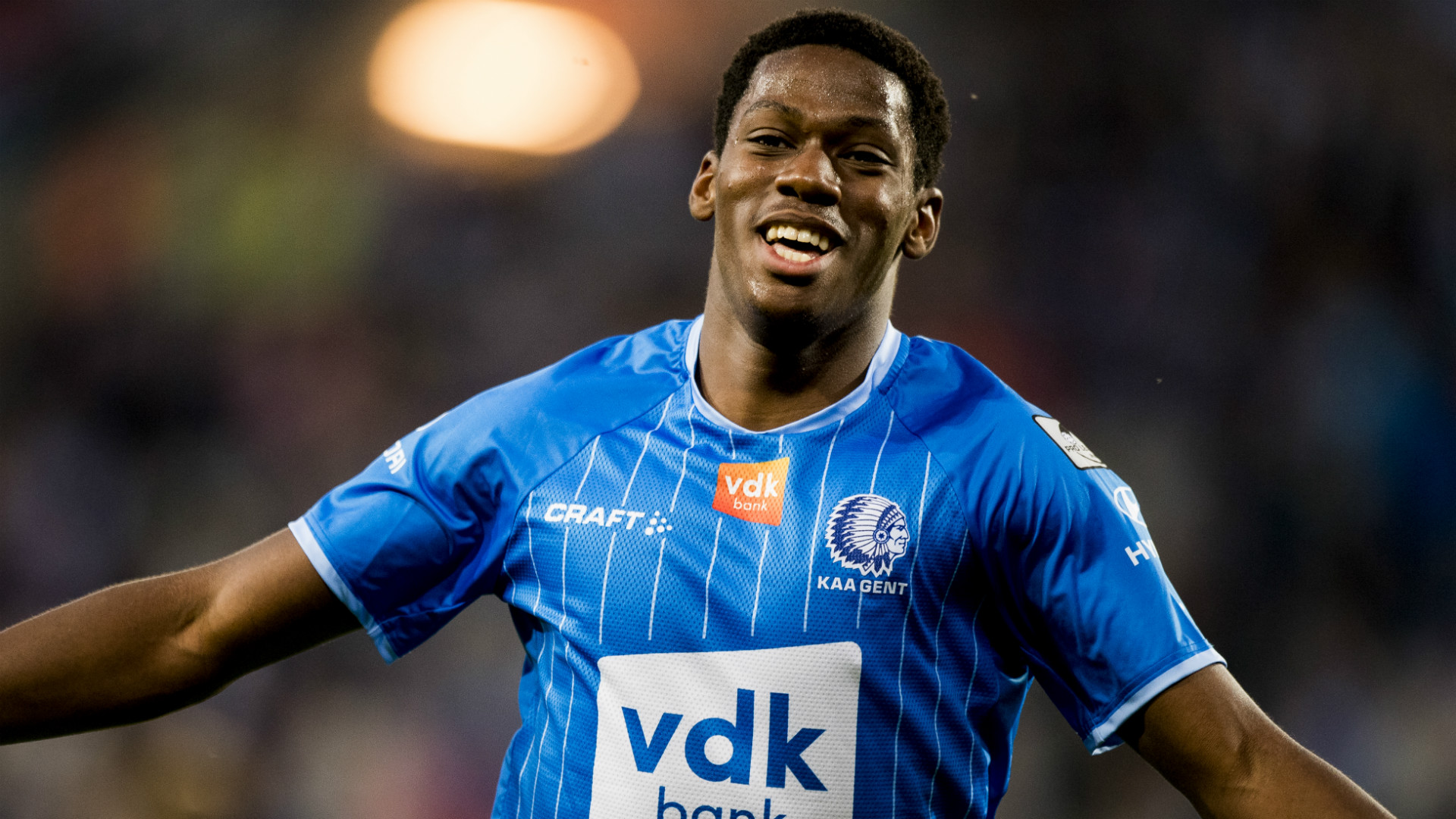 KAA Gent, who finished fifth in the Belgian Premier Division A in the 2018/2019 regular season campaign with 50 points, qualified for the championship play-off which subsequently saw the East Flanders side triumphantly clinch a UEFA Europa League spot.

KAA Gent remained undefeated throughout the group stages of the UEFA Europa League with Bundesliga side VfL Wolfsburg finishing second place in the group with AS Saint-Étienne and Oleksandriya finishing third and fourth respectively.

Dean Perretta: Jonathan, with regards to Gent’s form thus far in the Belgian First Division A, can you talk about the importance of narrowing Club Brugge’s lead at the top of the league and indeed the refocus and renewed targets of the team at this stage in the campaign?

Jonathan David: It is our main goal to repeat what was done in 2014-15. We are 10 pts behind (Club Brugge) at the winter break and our main goal is to try and win the rest of games until the Playoff. We hope to narrow it down more because once the points are divided in two, anything can happen. We have a solid roster that is and will compete to win the league until the very end.

Dean Perretta: Gent have advanced into the knockout stages of the UEFA Europa League and will face AS Roma in the Round of 32. However, can you talk about Gent’s progress in the competition this season and, of course, the pressures and expectations of the team within the local media in East Flanders?

Jonathan David: I would say that the pressure we have, is a positive one. We come in every game knowing we have the quality to come out as winners and the fans believe that as well. We have shown that vs big opponents like Wolfsburg. It has been a long European process with the Qualifiers starting early in the summer, but we have the quality and depth in our roster to reach where we are today, in the Round of 32, but also to be competing in the league in order to be champions again. The fans have been fantastic, and we need them to continue being there for a crucial second part of the season.

Dean Perretta: With regards to Gent’s performances in the UEFA Europa League, can you talk about the desire for high intensity and importance of reducing margins of any errors during the knockout stages?

Jonathan David: These are games, we as footballers strive to play for. We become professionals and work hard daily to try and achieve the highest level and be able to play vs the best teams in the world and in the biggest European competitions. The group stage, playing three very solid opponents in difficult environments, has prepared us for what is next (in the knockout stages of the UEFA Europa League). We look forward to playing a team like AS Roma and the great players they have. We know it’ll be a very tough test and that the margin of error has to be close to zero, but myself as an attacker with my teammates have to make their backline’s life difficult in order to keep the European dream going.

Dean Perretta: Can you touch on the overall influence that Jess Thorup has had on your ongoing development as professional?

Jonathan David: The coach has been an important part of my development as he has given me the confidence required that a young player like myself needs. I have also learned a new position since he has arrived by playing behind the two strikers. Being versatile at my age is something I recommend to every young player as it helps in adapting to different game situations, but also different formations should the coach want to make changes.

Dean Perretta: Lastly, what are your thoughts on Canada Head Coach John Herdman and his great faith in nurturing talented young players, such as, yourself and Alphonso Davies to name a few?

Jonathan David: John (Herdman) as well has given me the confidence to go out and play my game since my first selection (with the Canada national team). There is nothing more rewarding then the National team coach feeling comfortable with a young player to do the job he expects. Especially playing for your nation trying to qualify for a World Cup. Being able to adapt to different positions has allowed me to help the team and allowing the coach to change my role when needed. I am very glad to be able to play for my country at the highest level and I thank the coach for his confidence.