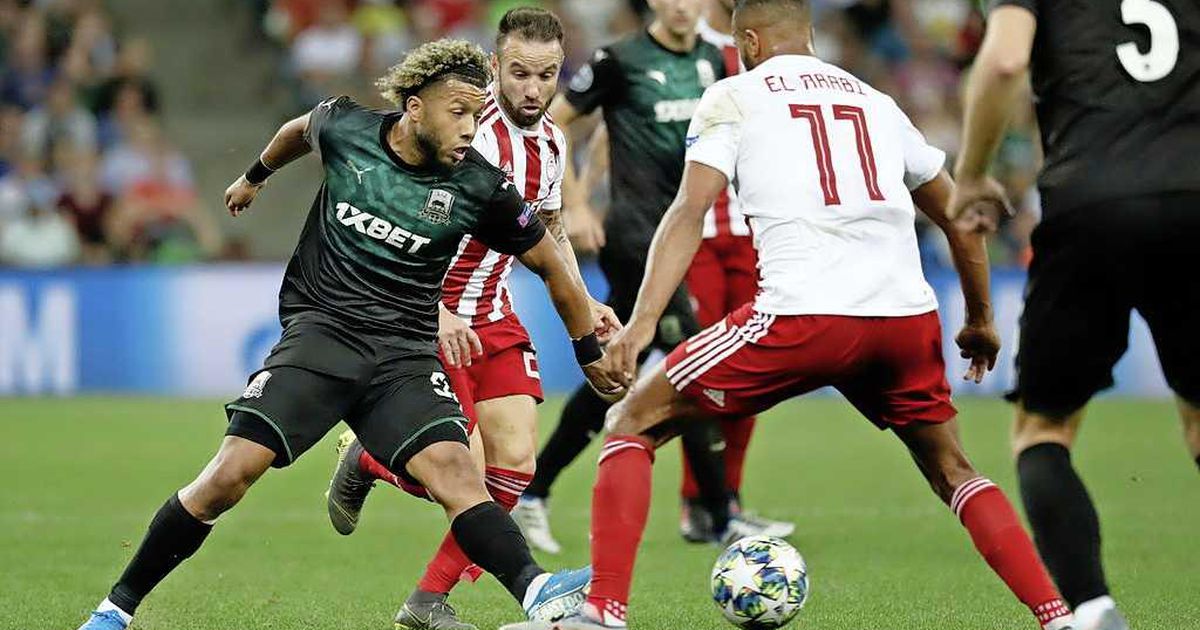 FOX Sports Radio 96.9/1340AM’s Dean Perretta briefly caught up with FC Krasnodar and Netherlands midfield, Tonny Vilhena, 24, to discuss FC Krasnodar’s most recent run of form in the Russian Premier League, the Byki’s much-awaited encounter against Getafe to potentially seal qualification into the much-anticipated knockout stages of the UEFA Europa League, coupled alongside life in Russia since his arrival from Eredivisie giants Feyenoord.

Dean Perretta: Tonny, can you talk about FC Krasnodar’s recent form in the Russian Premier League and, of course, the expectations and targets for this season?

Tonny Vilhena: Yes, first of all it’s nice to play in the Russian Premier league. It’s a good competition, and I think we have a lot of clubs (here in Russia) that are strong. I think we did well (in our recent matches in the league). It can be always better, but I think for now we are in the second place (in the Russian Premier League) and that is good for us. I hope after the winter break we can do even better. I feel good here with the club, it’s like a family. Since the first day when I came here (from Feyenoord this past summer) it has been a warm welcome, and I am happy to be here.

Dean Perretta: Can you share your thoughts on FC Krasnodar’s performances throughout the 2019/2020 UEFA Europa League campaign?

Tonny Vilhena: We lost the first two matches (against FC Basel and Getafe), it was not good. But I think we then became stronger, we won three games (against Trabzonspor back-to-back and then FC Basel). Now we have an important game in Madrid against Getafe (this Thursday evening). I hope we will do our best to make this one game a victory and get the three points for us (to advance into the knockout stages of the UEFA Europa League). That’s the most important for us. I think this is like a final for us and we have to fight together (to qualify).

Dean Perretta: With that being said, how would you describe Sergey Matveyev’s philosophy and tactical acumen from a players perspective?

Tonny Vilhena: I think he is a good coach. He explains very well what we have to do on the pitch and outside the pitch. His tactics are good. And as I said before, we are like a family (at this club). Now we have a lot of new players, me also. And I think that we’ve come close to each other, got together, If you see our games, how we play. Always it can better, but I think we want to play (positive) football and that’s good (when achieving results on the pitch).

Dean Perretta: Lastly, since your well-received arrival at FC Krasnodar this past summer from Feyenoord, can you touch on how life has been so far for you in Russia?

Tonny Vilhena: I feel at home. As I said, the first day when I came here (in Russia) I got a warm welcome, and I feel at home. Krasnodar is a good city. You can do a lot of things here with your family and your friends. And I think that’s the most important, that you feel good in the city and the country where you are.
Tweet
Dean Perretta