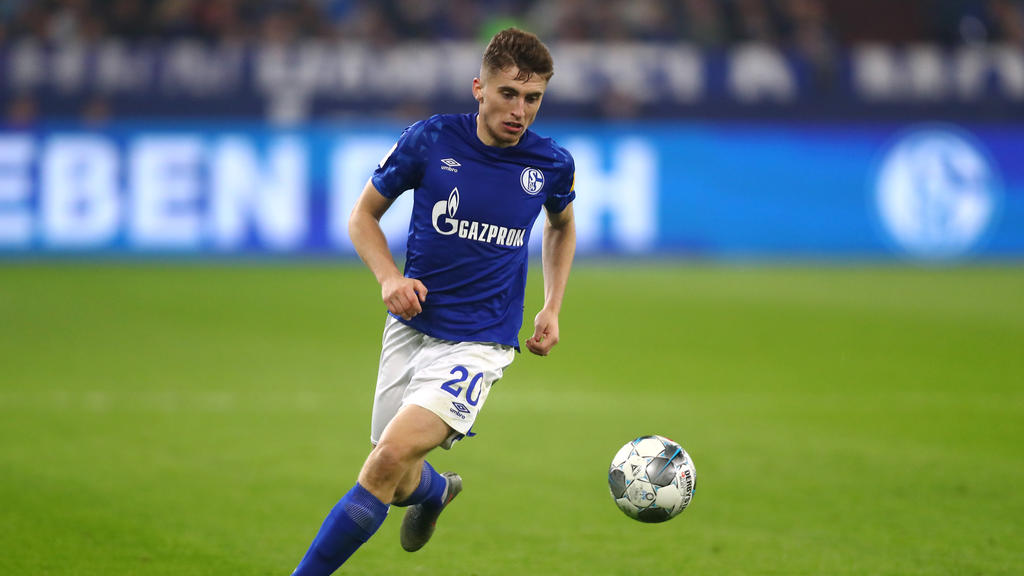 FC Schalke 04 currently stands in 6th place in the Bundesliga courtesy of registering 36 points from 24 Bundesliga matches under David Wagner; the 2019/2020 campaign marks the first season in charge at Veltins-Arena for the former Huddersfield Town manager.

Die Knappen, who have scored three goals and conceded 14 in the Bundesliga since the beginning of the New Year, have earned six points (28%) from a possible 21 from their last seven Bundesliga encounters.

FC Schalke 04’s leading goal scorers this season, Suat Serdar (7) and Amine Harit (6) have been among the catalysts so far this term with Serdar directly involved in 21% of FC Schalke 04’s goals in the 2019/2020 season.

David Wagner’s side have earned five wins at home this season with four victories away from home; FC Schalke 04 have scored 32 goals (17 home/15 away) and have conceded 35 (17 home/18 away) throughout the present season.

FC Schalke 04 have registered seven clean sheets this season, three of which have been logged since January 2020.

Prior to FC Schalke 04’s 3-0 defeat against 1. FC Koln at the Rhein Energie Stadion, FOX Sports Radio 96.9FM/1340AM’s Dean Perretta briefly caught up with FC Schalke 04 defender, Jonjoe Kenny, 22, currently on-loan from Everton, to discuss the expectations and targets of Die Knappen for the remainder of the season, coupled alongside the Liverpudlian sharing his honest thoughts on his form and adapting to life in Germany.

Dean Perretta: Jonjoe, can you talk about Schalke 04’s main expectations and ambitions in the second half of the Bundesliga season and, of course, the recent run of form of Die Königsblauen?

Jonjoe Kenny: Obviously last season wasn’t good. But with the new coach (David Wagner) coming in and the new staff I think the expectation was to get Schalke back playing with confidence, enjoying the football and getting the fans and the players all back together. And I think this season we did that. The connection with the fans and the players is really good. Of course we had a few not so good games. But I think what we’ve done most time of the season has been really good. We shouldn’t forget that. We are having a few big games coming. And I am sure with the mentality and the confidence in the squad we can go out and perform.

Dean Perretta: With regards to confidence and growth as a professional, can you touch on your own form and development so far this season on-loan at Schalke 04 from Everton?

Jonjoe Kenny: Regarding the confidence and the growth, I would say it is being massive to come here. It’s grown me as a person on and off the field. Like I said a lot of times before, it is the best thing I’ve done so far to come here and open up my career and to see different parts of the world. Schalke is a huge club who has a lot of history, so to come here and play with a coach (David Wagner) who you knew from before in England (when he managed Huddersfield Town) is just a perfect fitting. The confidence he is giving me to go out and play is really helping me.

Dean Perretta: With regards to philosophy and preparation, can you reveal more about David Wagner’s technical approach and how his message has been positively transmitted to the players at the club?

Jonjoe Kenny: The coach’s philosophy and his preparation has been really good as I said in a lot of interviews before. For me personally, how we set up through the week for who we play against it’s always been perfect. Although sometimes on the pitch it doesn’t go to plan but that’s football. Mostly the way the coach talks on and off the field it makes the team feel a lot comfortable. The whole team wants to break walls with him. You can see that on the relationship the whole squad has with him. He involves everyone from the physios to the kitchen staff. Everyone is in this together and I think the way he has done it helped in the competition.

Dean Perretta: Can you share your thoughts on Schalke 04’s forthcoming fixtures throughout March and, of course, the momentum and consistency in terms of performances in recent weeks?

Jonjoe Kenny: Every game in the Bundesliga is difficult. We need to really focus now. Of course, we had a bit run out of form, but we are in sixth place now. To get where we are we had to win a lot of games and perform in a lot of games and that’s what we have done. I think we have a lot of top players. We all need to stand up now und really look forward and try to win these games and especially stick together with this group. If we do so, I don’t think there will be any problem. We have a big match on Saturday against Cologne which we focus on now.

Dean Perretta: Lastly, since arriving in Gelsenkirchen, can you talk about the culture and etiquette, especially in relation to how you’ve adapted and become accustomed to the German way of life and manner?

Jonjoe Kenny: I think I’ve adapted pretty well. One of the main things I wanted when I come over here was not to be a player who is just here for a season. I wanted to be a player who comes here and got into the language, I want to be part of the German way of life and I want to really get involved. So I connect with everyone in and around Schalke also with the fans. I think that’s what really helped me to adapt.