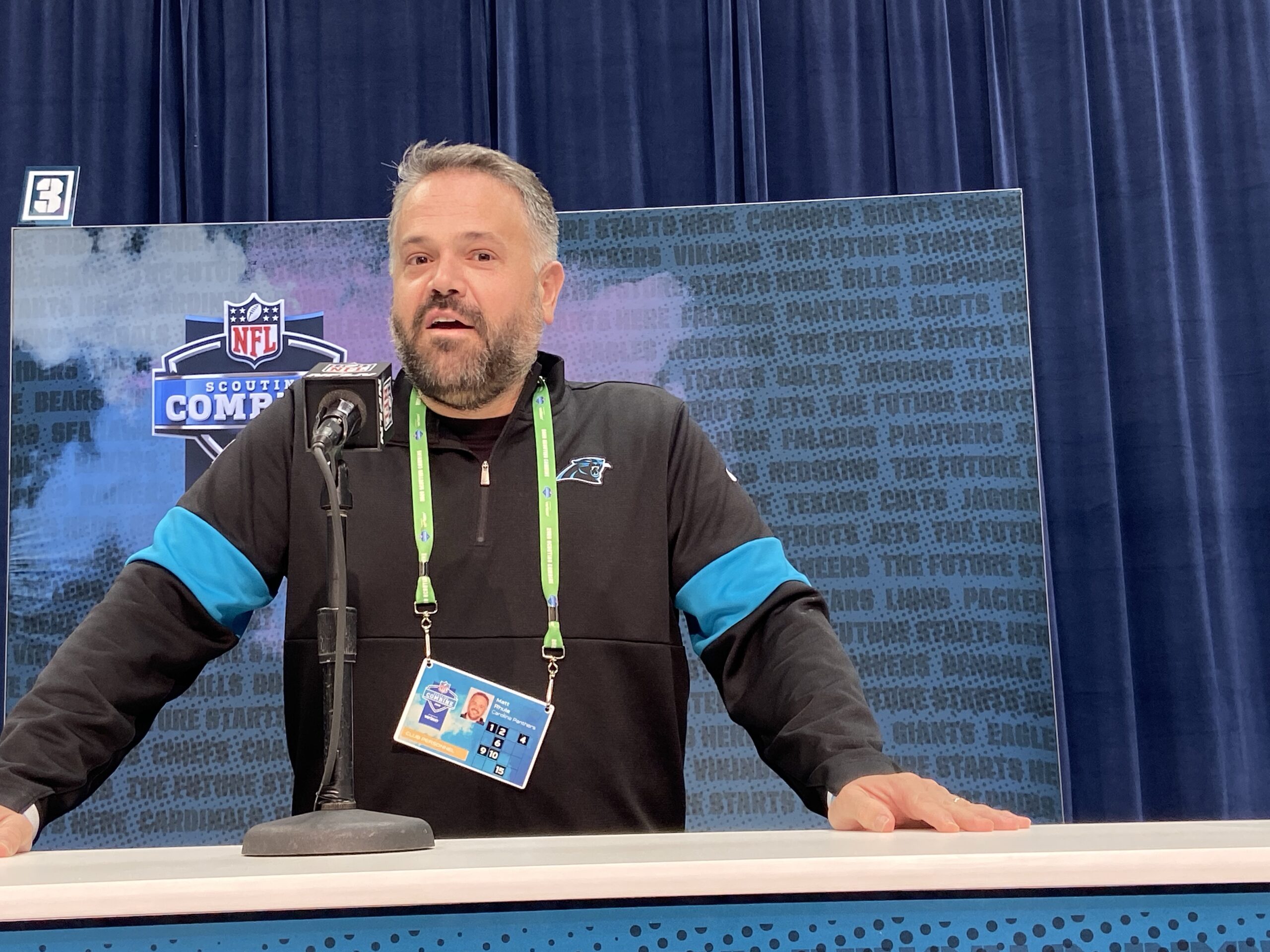 For months, the Carolina Panthers front office has been non-committal when asked incessantly about the future of franchise quarterback Cam Newton.  Newton, the 2015 MVP, missed last season and part of the 2018 season with injuries.  Things have certainly shifted over the last two seasons in Charlotte and Newton seemed almost certain to be another casualty in the rebuild of the franchise.

Over the last two seasons, familiar faces have faded into the sunset; most recently, tight end Greg Olsen moved on to the Seattle Seahawks after the Panthers decided to go in a new direction.  Olsen had spent the past nine seasons with the Panthers; the same number of seasons as former head coach Ron Rivera and Newton.  As Newton has recovered from a Lisfranc surgery, speculation has grown as the final year of his contract has approached without any solid public commitment from the Panthers.

Then came Tuesday morning.  With the NFL Scouting Combine getting underway, Ian Rapoport tweeted that the Panthers plan to move forward with Cam Newton as the starter in 2020.

A lot can still happen in the coming months, but as of now, the #Panthers are moving forward with Cam Newton as their starting QB, sources say. While his foot is healing well, it will be several months until it’s game-ready — a timeline that complicates any potential trade.

For those waiting with bated breath on the Panthers’ decision, it was the most concrete update anyone had received in months – however, it was from a source; not directly from the mouths of Panthers personnel.  With first time head coach Matt Rhule scheduled to address media at the NFL Scouting Combine, the Newton topic was sure to come up quickly.

Rhule opened his press conference by stating, emphatically, that he is “unbelievably excited” to work with Newton.

Rhule is “unbelievably excited” to work with Cam Newton. pic.twitter.com/immzrnVBpH

While Rhule had glowing praise for Newton and his work ethic, he stopped short of naming him the sure starter.  Rhule went on to explain that he would like to “create a culture of competition” and that’s not something that is Newton-specific.  There is no timetable for Newton’s return as the team works on a disciplined return-to-play process but Rhule stated that he is sure that Newton will be on the roster come September.

When you’ve been chomping at the bit for information for months, a morsel  can be satisfying; if only for a moment.  Pundits took the Rapoport tweet as a strategic move by the Panthers to make Newton attractive to potential trade partners.  Although he spoke hypothetically, Rhule says that the team is open to trade calls on options for any player as long as it’s in the interests of making the team better.

The takeaway is that Newton is the Panthers’ guy – for now.  Carolina is committed to Cam Newton – but with a caveat.  The season is so close, yet so far away and a number of developments can and will take place.  Buckle up.