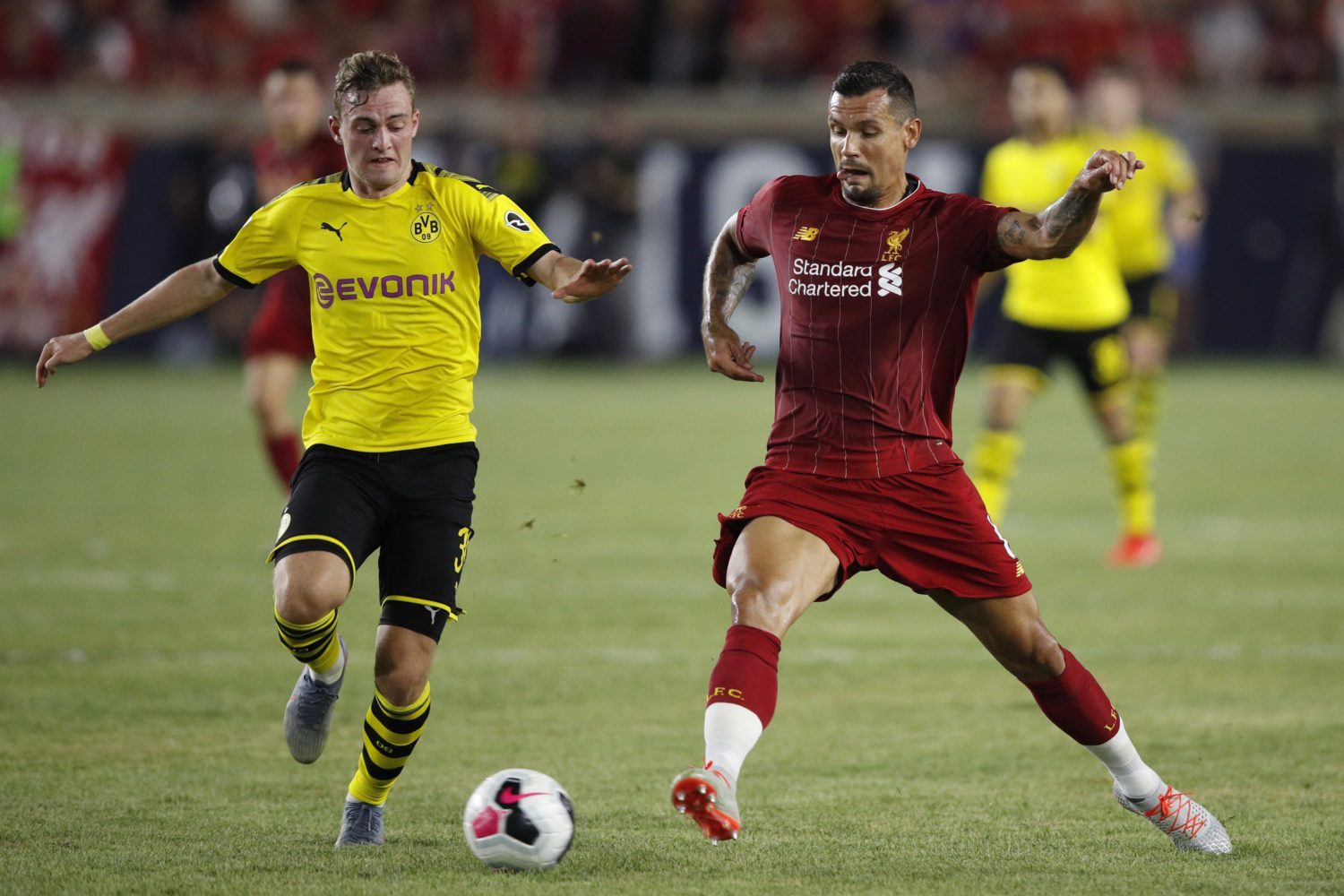 Klopp’s side, who have conceded seven goals in all competitions this term, grabbed a vital late point at Old Trafford via an 85th goal from Adam Lallana; Ole Gunnar Solskjær’s Manchester United went ahead in the 35th minute thanks to a fine finish from Marcus Rashford. Liverpool’s controversial 1-1 draw against the Red Devils, which was marred with VAR drama, ended any probability of the 18-time league champions equalling Manchester City’s record all-time 18-game winning streak in the Premier League, a monumental feat achieved under Pep Guardiola during City’s domestic double-winning 2017/2018 season.

Before Liverpool’s UEFA Champions League clash against Genk at the Luminus Arena, FOX Sports Radio 96.9 FM/1340 AM’s Dean Perretta briefly caught up with Liverpool and Croatia defender, Dejan Lovren, to discuss the reigning UEFA Champions League holders desire to win the league for the first time since 1990, coupled alongside Croatia’s 2018 FIFA World Cup finalist touching on defending the UEFA Champions League title, as well as his thoughts on the Reds impressive form and performances so far this season.

Dean Perretta: Dejan, Liverpool currently stands at the top of the Premier League at this point. However, what’s your assessment so far of the Reds in the 2019/2020 season, especially with regards to where improvements have been made?

Dejan Lovren: I think that we have played very well last season for the most parts, but we have often been unable to win the tight matches. We manage to do so this season, even if we do not show the best performance we still win those games. If you look at last season, I’d say that‘s the biggest improvement.

Dean Perretta: With the heavy expectations placed on Liverpool to win the Premier League this season, how important is it to fully put things into perspective one game at a time and not drop points during this stage of the campaign?

Dejan Lovren: Yes, that’s extremely important, of course. As you saw last year, every point can be crucial in the end, because the level of other title contenders is so high. But at this time of the season we are not putting much pressure on us. There are still many games to play. That’s why we just look from game to game right now. And this way of thinking works well so far.

Dean Perretta: Elsewhere, can you talk about training at Melwood and the high demands and ultra intensity of the sessions?

Dejan Lovren: Klopp demands a lot from us in every training session. But that’s important to us in such a long season. We have a game almost every 3-4 days, so its good for us when we don‘t lose the tension and concentration on the training days. And yes, training at Melwood is, of course, very challenging, but we never lose the fun even in the busy stages of the season or at very intensive training sessions.

Dean Perretta: With regards to the UEFA Champions League this season, what are your thoughts on the overall quality and performances shown thus far from Liverpool?

Dejan Lovren: We had a difficult start with the defeat (against Napoli) in Naples. Of course we wanted to get the first points in the Champions League season at Anfield against Salzburg. We got into the game very well and let 3-0 up very quickly, but lost the control in the second half. After the equalizer we first had to find our way back into the match , but we succeeded and it was important that we could turn the game over again and get the first three points in the UCL.

Dean Perretta: Lastly, with Liverpool currently reigning as UEFA Champions League holders, do you feel that any added pressure this time around has and will continue to be used more than positively?

Dejan Lovren: No, I honestly don‘t think so. Of course, we are now the defending champion, but the Champions League is extremely close and it comes to nuances every year and a certain luck in the crucial games is needed for the big hit. We didn‘t feel that pressure last year after we just missed the Champions League title in Kiev and don‘t feel it this season. We give a hundred percent in each game and do not settle for less than last year.
Tweet