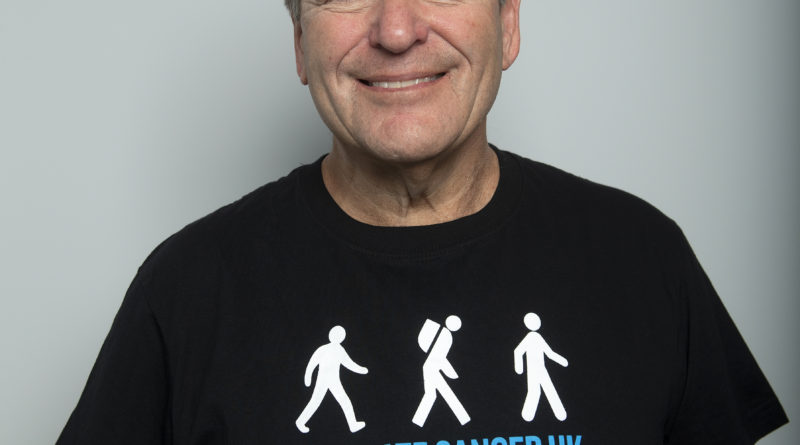 The well-read, charmingly charismatic, yet sincere and charitable Stelling, who largely anticipates to triumphantly achieve a brand new record-setting benchmark this September with Prostate Cancer UK’s March for Men event, has historically successfully completed a multitude of fundraisers for the charity, whilst additionally inspiring high-profile media colleagues and personal friends to become actively involved to make a difference via Prostate UK’s exceptional fundraising events.

FOX Sports Radio 96.9 FM/1340AM’s Dean Perretta caught up with Sky Sports “Soccer Saturday” host and Prostate Cancer UK Ambassador, Jeff Stelling, to find out much more about the incredible March for Men charity fundraiser event this September, as well as finding out more about the profound effects of prostate cancer.

Dean Perretta: Jeff, this September in collaboration with leading men’s health charity Prostate Cancer UK, you’re involved in an inspirational quest to prevent prostate cancer. Can you touch on the forthcoming and much-awaited March for Men and, of course, your ambassadorial role with Prostate Cancer UK?

It’s a charity very close to my heart and I’m proud to wear their iconic ‘Man of Men’ pin badge on Soccer Saturday each and every weekend, alongside the rest of the panel.

It’s more than three years since I started my first life-saving walk at the gates of my club, Hartlepool United, and I’m relishing this next challenge.

This is my third March for Men for the charity (Prostate Cancer UK), and this year is going to be slightly different. This year’s route will span four countries in four days – and I want as many people by my side as possible to help beat prostate cancer – a disease killing one man every 45 minutes in the UK.

The (Sky Sports “Soccer Saturday”) panel are all up for joining me (on this challenge) and I’m sure there will be many more familiar faces intermingled with some truly inspiring people.

After completing 25 walking marathons in 2016 (from Hartlepool to Wembley) and 2017 (from Exeter City to Newcastle United), raising close to £800,000, I’m also aiming to march through the £1m fundraising barrier as I travel to Glasgow, Belfast, Cardiff and London from 5-8 September, 2019.

Having walked 10 and then 15 marathons, people might see this as something of a cakewalk, but in many ways it could be the most difficult challenge of all.

Not only will I navigate 26 miles of walking on each day and trips to 16 new clubs, which I reckon takes my tally over the three walks to 89, but there is also the added challenge of transport connections, including two flights across the Irish Sea.

So, we are on the clock, and one missed connection could prove critical. As much as I enjoyed a beer and a good meal at the end of every day in 2016 and 2017, I’ll have to put that to the back of my mind as arguably the busiest part of my day starts as soon as I cross the finish line.

Dean Perretta: Prostate cancer is the most common form of cancer in men. Do you feel that more awareness and education should be raised about this disease across the UK?

Jeff Stelling: Prostate cancer is the most common cancer in men, with one man dying every 45 minutes from this disease. That’s unacceptable, and that’s why I’m walking again.

It’s an indiscriminate disease, affecting men and their loved ones across the UK. I’ve walked alongside many of them and am proud to call some my friends. Their reaction and positive outlook despite being dealt the toughest of hands is simply unbelievable. I’m marching for them – and everyone affected – in a bid to fund the research to change the game.

That’s also why I’m taking our walk across four home nations and would love the public to join me along the way. I live in England and work in London but the wonderful work of Prostate Cancer UK stretches into Scotland, Northern Ireland and Wales, so I will be pounding the pavements in four historic cities – and it wouldn’t be a football march without popping in on some iconic football clubs along the way.

For me, the most important thing is raising awareness. It starts with the badge I wear, and then people following up and checking out more information. In the very first day of my very first walk, a lady and her husband held back to talk to me in Marske up in the North East. They had seen me wearing the badge, googled it, and after reading about what it stood for, realised the signs and symptoms rung true. The gentleman in question was diagnosed with prostate cancer so that was a huge eye-opener for me.

There is still a reluctance of men to look after their health, but Prostate Cancer UK often says if men don’t go to the doctors, then let’s take the doctors’ surgery to them. So, we’ve found a formula that works within football and the clubs have massively supported us.

Dean Perretta: You’ve successfully completed 25 walking marathons for Prostate Cancer UK previously. Can you touch on the intensity and the mental and physical preparation required for the marathons, particularly for those who would potentially like to get directly involved with Prostate Cancer UK to raise money and awareness?

Jeff Stelling: When I started this adventure in 2016 I’d run several marathons and I really believed the walks would be something a lot more sedate. In reality it’s completely different. You can finish a marathon in around four hours but when you are walking you are on your feet, sometimes for 10 hours.

The best preparation for me is having walked before. But there’s the added twist at the end of the day when I need to make connections ahead of the next days. So, I might need to leave enough in the tank for a few early evening sprints across airports!

I’ve run marathons and climbed Kilimanjaro and when we set out planning the event around four years ago, there were also some nice fundraising opportunities to go and walk on the Great Wall of China or maybe go to Peru, but they sounded too much like jollies to me. I wanted to do something where people could see I was feeling the pain on behalf of a fantastic cause.

I remembered when I climbed Mount Kilimanjaro, people said, “What kind of preparation are you doing?” and I said, “Well there aren’t any mountains in Hampshire where I live, so preparation is pretty limited”.

On this occasion, I’ve been going on regular walks with the dogs. I’d like to think I’m relatively fit, at least for my age, so fingers crossed.  I think it’s the repetition that’s the problem.  Everybody can walk twenty-six miles one day.  But can you do it on a second day, third day, fourth day?

Dean Perretta: Prostate cancer unfortunately kills one man every 45 minutes in the UK. With that being said, can you share any other very interesting statistics about prostate cancer and indeed its symptoms?

Jeff Stelling: Everybody must know somebody who suffers from prostate cancer. I’ve got friends and colleagues that have. Take two guys I know very well from Sky Sports, Bill Arthur and Eddie Hemmings, big rugby league men who I have known longer than I care to remember. They are both great guys; but both have suffered from prostate cancer.

You see, prostate cancer is not discerning. It doesn’t just hit the bad guys; it hits the good guys as well, like Bill and like Eddie. One man in eight in the UK is affected by prostate cancer, so it was inevitable that I would know people that were affected by it.

Hearing about Bill and Eddie did shock me, because despite the statistics you never really think that it would hit someone you know. You never really think it will hit your dad or your brother, your son, your best friends, but it does. It affects so, so many people. And when somebody really close to you does suffer with it, it just brings it home to you how real this is.

I deal in statistics, but the ones we are dealing with are shocking. One man dies every hour from this disease, that’s six in the course of my Soccer Saturday show every week.

I was recently sitting in the stand at Victoria Park, home of my beloved Hartlepool United. The stand takes 1,000 people. That means 125 of those 1,000 people are liable to contact prostate cancer at some point during the course of their lives. And if you look at 125 empty seats it’s a staggering, haunting figure really. So, we need to do everything we can do to beat prostate cancer.

Dean Perretta: Lastly, where can the general public register to actively compete in this September’s much-awaited Prostate Cancer UK marathons and, of course, where can donations be pledged to?

Jeff Stelling: I’m delighted to say almost 400 people have signed up to join me on the marches, and I’m told the London leg has practically sold out, which is brilliant news. I’m effectively stepping into unknown territory when I take the walk outside England for the first time – albeit a very brief stint in Chester – did you know the club’s pitch is actually in Wales? – So I’m looking forward to meeting people from Glasgow, Belfast and Cardiff and visiting some historic clubs as well.

You can find out more about my march and how to sign up via marchformen.org and to sponsor me go to https://www.justgiving.com/campaign/jeffsmarchformen2019

Finally, if you have any concerns about prostate cancer, you can contact Prostate Cancer UK’s Specialist Nurses in confidence on 0800 074 8383 or online via the Live Chat instant messaging service: www.prostatecanceruk.org. The Specialist Nurse phone service is free to landlines and open from 9am to 6pm Monday to Friday with late opening until 8pm on Wednesdays. 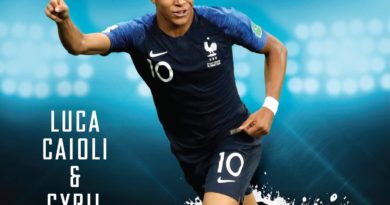 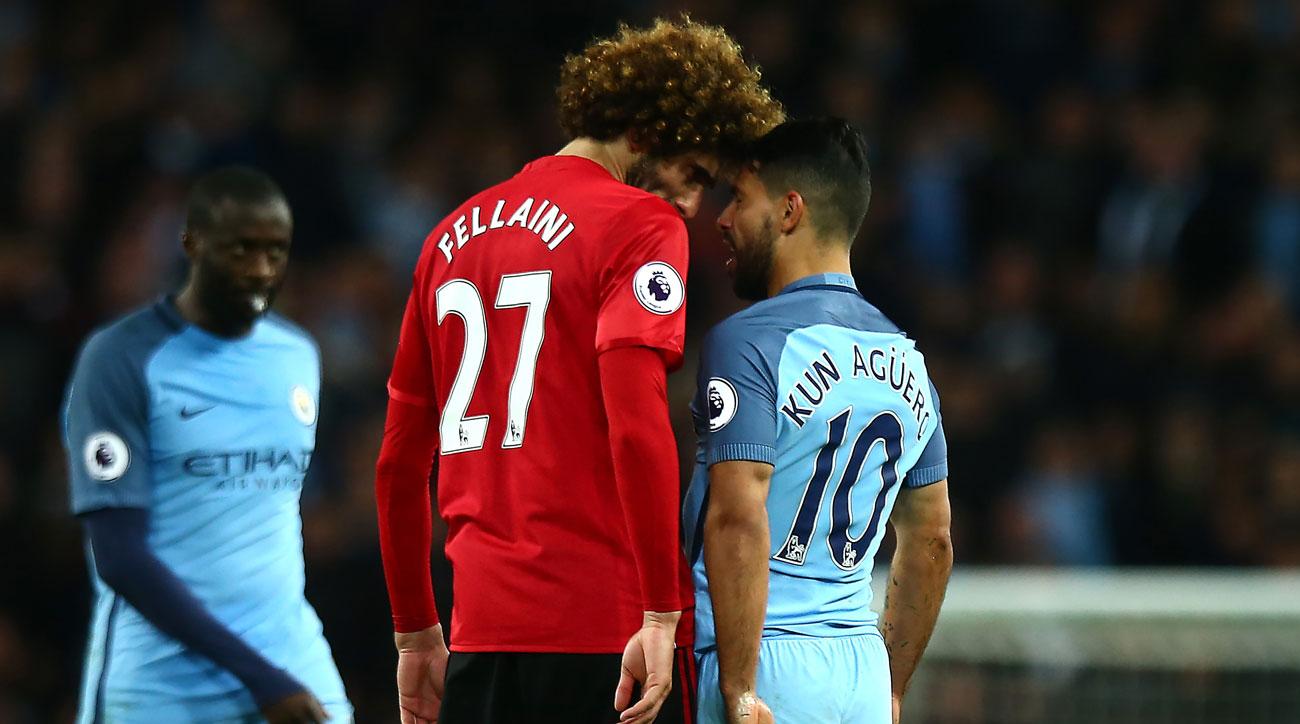 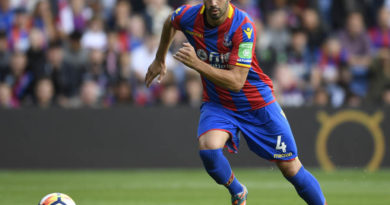