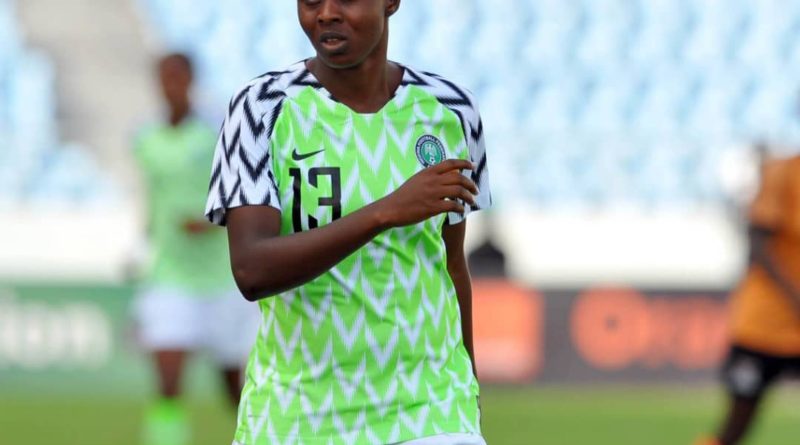 Soccer
June 28, 2019June 28, 2019 Dean Perretta
Tweet
Nigeria reached the final sixteen at the 2019 FIFA World Cup in France this summer courtesy of finishing fourth amongst the four best third placed teams in their respective groups in the tournament.
However, a 3-0 defeat in the Quarter-finals at the hands of Martina Voss-Tecklenburg’s technically proficient Germany, largely thanks to goals from Alexandra Popp, Sara Däbritz and Lea Schüller ultimately settled the differences between the two sides in Grenoble, thus witnessing elimination and heartbreak for Nigeria.
Meanwhile, of the three African nations at the 2019 FIFA Women’s World Cup, Nigeria and Cameroon both successfully reached the final sixteen of the tournament. South Africa, however, finished bottom of Group B with zero points from their three group matches.
Thomas Dennerby’s Super Falcon’s, of course, won one game and lost two games in Group A – a group boasting hosts France, Norway and South Korea. During the group stages of the tournament, Nigeria scored two and conceded four, whilst notably holding their own against the superior France in a 1-0 loss at Roazhon Park in Rennes.
After Nigeria’s 2019 FIFA Women’s World Cup Quarter-final encounter against Germany before the 17,988 capacity crowd at the Stade des Alpes in Grenoble, FOX Sports Radio 96.9 FM/1340AM’s Dean Perretta briefly caught up with Nigeria midfielder, Ngozi Okobi-Okeoghene, to discuss the reigning Africa Women Cup of Nations champions experience in France, as well as the Super Falcons performances in hindsight.
Dean Perretta: Ngozi, Nigeria reached the final sixteen at the 2019 FIFA Women’s World Cup before being eliminated 3-0 by Germany. With that being said, what are your overall thoughts on the Super Falcons performances throughout the tournament?
Ngozi Okobi-Okeoghene: It’s was a good performance (overall for us in France) knowing we’ve improved a lot and that we can compete in the world stage.
Dean Perretta: After much uncertainty, the Super Falcons advanced into the final sixteen as one of the best third placed teams. What was your initial reaction when it was confirmed that Nigeria would be advancing into the final sixteen?
Ngozi Okobi-Okeoghene: It was so much joy (amongst our players) in the team, some were crying, some were dancing (after hearing this positive news)… so many ways of expressing our gratitude to God for answered prayer.
Dean Perretta: Heading into the 2019 FIFA Women’s World Cup tournament as reigning Africa Women Cup of Nations champions, how much of an edge and belief did this provide for the squad in hindsight?
Ngozi Okobi-Okeoghene: So much improvement (for our team) knowing that we’re (reigning Africa Women Cup of Nations) Champions in Africa gave us so much edge in this FIFA Women World Cup.
Dean Perretta: How would you describe the footballing philosophy and managerial approach of Thomas Dennerby from a players perspective?
Ngozi Okobi-Okeoghene: Overview as a player, Thomas Dennerby is not a bad coach (for our country). He has done his best (since his appointment). We have great players with great potentials, the team also has it’s own weaknesses and strengths. But with his philosophy and managerial approach, I don’t see that weakness anymore in the team, that is to say Thomas (Dennerby) has done a great job (as our manager).
Dean Perretta: Lastly, with regards to the impressive television ratings and major commercial support throughout the 2019 FIFA Women’s World Cup, what do you feel is now the next step in your opinion to further build on the global popularity of the women’s game?
Ngozi Okobi-Okeoghene: In my own point of view, FIFA should put more attention in women’s football. I know it can never be more than the effort they put in the men’s (game), but at least make it very close…financial benefits in our (domestic league) clubs by supporting our leagues. (There’s) so many world class players in the women’s (national team) sides (around the world), so many talents coming up as well. We need to develop women football all over the world because there are some hidden countries, mostly in Africa, that need to be shown in the world stage (for women’s football).
Tweet 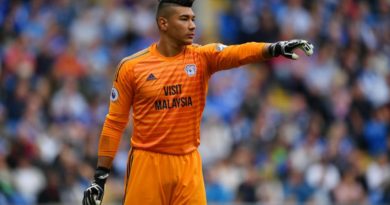 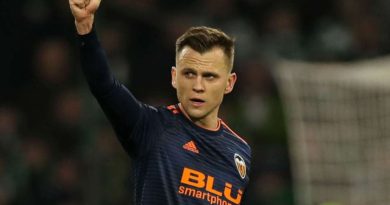