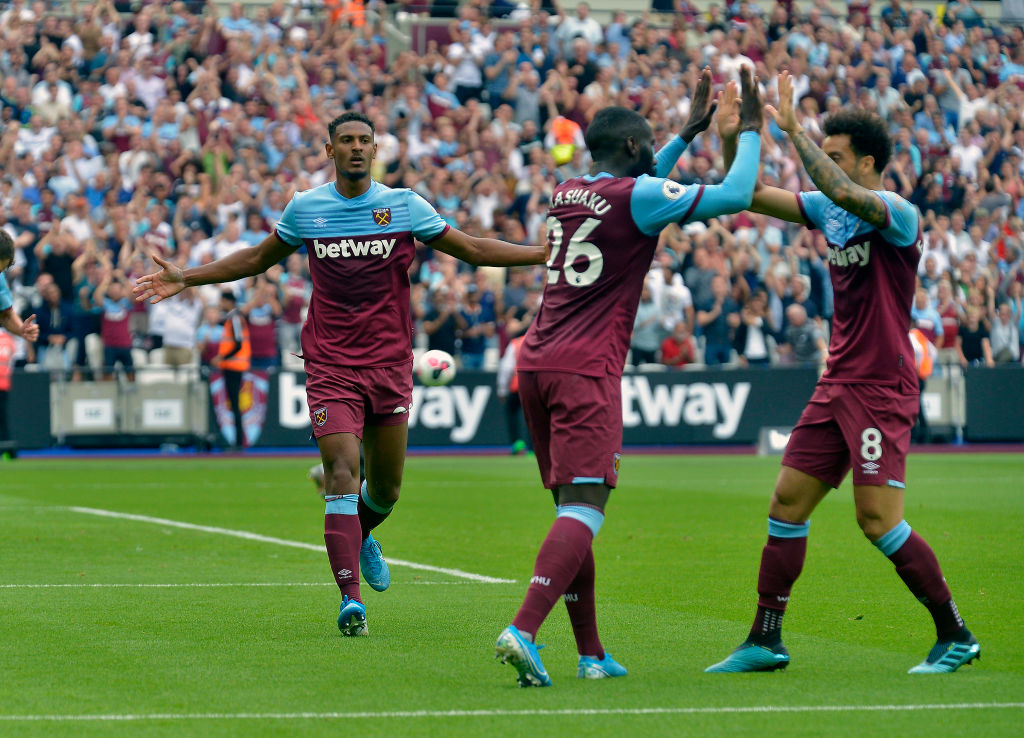 Manuel Pellegrini’s West Ham United kicked off their 2019/2020 Premier League campaign at the London Stadium in Stratford on August 10 against Pep Guardiola’s Manchester City with 5-0 defeat courtesy of an inspired hat-trick from Raheem Sterling and goals from Sergio Agüero and David Silva.

The dominantly ruthless back-to-back reigning Premier League champions, Manchester City, who maintained 57.1% of the possession compared to West Ham United’s 42.9% throughout the contest, run rampant and methodically in systematically exploiting the Hammers well-documented lapses in retention and areas of space during the game at the London Stadium, which invariably caught the Hammers on the back foot to underscore a woeful start to the 2019/2020 Premier League season.

However, after an unsatisfactory start to the season, the Hammers then faced Graham Potters’ Brighton and Hove Albion at the Amex Stadium on August 17 in their second Premier League encounter of the 2019/2020 season. Pellegrini’s Irons took the lead in the second half via a 61st minute goal from Javier Hernández, Mexico’s national team all-time leading goalscorer, who recently joined La Liga club Sevilla in the European transfer window. The Seagulls logged 16 shots overall to the Hammers 8 shots collectively on goal, whereas the Sussex-based club were furthermore advantageous with possession (57.3%) compared to West Ham United (42.7%) throughout the afternoon contest.

Having taken just one point from a maximum of six in their opening two Premier League matches in the 2019/2020 season, West Ham United travelled to Vicarage Road to face Javi Gracia’s Watford, who had lost their opening day 2019/2020 Premier League fixture 3-0 to Brighton and Hove Albion. However, the Hammers claimed all three points against Watford in a 3-1 win thanks to a penalty successfully converted in the 3rd minute penalty by captain, Mark Noble, and an elegant brace from new £45 million signing from Eintracht Frankfurt, Sébastien Haller. Moreover, Watford held slick prominence in possession (54.9%) and had 23 shots overall, whereas the Hammers registered 16 shots overall on goal; 10 of which were on goal.

After collecting their first win of the new season against Watford in the Premier League, West Ham United built on their early season form by registering a 2-0 win against Sky Bet League Two side Newport County at Rodney Parade in the EFL Carabao Cup second round on August 27. Goals from new signing Pablo Fornals and midfielder Jack Wilshere separated the differences between the two sides on the night and set-up a third round EFL Carabao tie with Sky Bet League One side Oxford United. In hindsight, West Ham United, however, were resolute in possession (73.3%) although were almost parallel in shot attempts; Newport County attempted 13 shots overall to the Hammers 14. Newport County, known for their long-ball play to cause periodic troubles to opposition, also registered 14 crosses in contrast to the Hammers six.

Having registered two back-to-back wins in their previous two encounters, West Ham United turned their attention back to the Premier League where the Hammers hosted newly promoted Norwich City at the London Stadium on August 31. The in-form Sébastien Haller, however, provided Pellegrini’s side with the lead in the 24th minute, the Frenchman’s third goal of the season, before Andriy Yarmolenko added a second for the Irons in the 56th minute; Yarmolenko registered his first goal of the season for West Ham United.  West Ham United meanwhile have scored eight and conceded seven in all competitions this season, whereas the Hammers are currently undefeated in their last three matches this term.

Dean Perretta: Arthur, can you talk about West Ham United’s ambitions and expectations for the 2019/2020 season?

Arthur Masuaku: The ambitions and expectations remains the same (as last season) – I think we as a group want to finish as high as we can (in the Premier League) and we’ve got quality enough in the squad to finish at least 7th to 8th in the league. The gaffer (Manuel Pellegrini) wants to give us this winning mentality to finish high and I think it’s great.

Dean Perretta: Can you share your thoughts on Manuel Pellegrini’s tactical philosophy and mindset from a players perspective?

Arthur Masuaku: His tactical philosophy (as West Ham United Head Coach) is quite simple – be focused in defending and defend (from the front to back) as a team and then attack to hurt the opponent (on the break and in transition). I think the manager (Pellegrini) has got an attacking philosophy, he wants us to play attractive football and as a footballer it’s enjoyable.

Dean Perretta: West Ham United shown desire in the transfer market this summer by making a number of key signings. However, what are your thoughts on the quality which has arrived at London Stadium this summer?

Arthur Masuaku: The club is going to the right direction, I think. A lot of quality players joined us (this summer) and it’s always nice to add new quality signings in the squad. It’s a long season, we will need everyone, and everyone will have a part to play in the team (to succeed). I think to be successful you need a big and quality squad and I think the signings the club has made are all really good for us.

Dean Perretta: What are your thoughts on West Ham United’s forthcoming Premier League fixtures throughout September and October?

Arthur Masuaku: All the games are different. I think in this league you never know (what to expect). You always have to be focused and take the game in the right way otherwise you will be surprised (by the chances from the opposition). It’s going to be tough games, but if we play with our strengths (during this period) there is big chances we can take points from those (Premier League) games (in September and October).

Dean Perretta: Lastly, the Hammers play Sky Bet League One club Oxford United in the third round of the EFL Carabao Cup. How important is it not to underestimate Oxford United and to remain highly focused?

Arthur Masuaku: It’s really important (for us) to not underestimate Oxford United because we see this every year – a Premier League team being eliminated by a lower team (outside of the top flight). Because these teams (in Sky Bet League One), they play the game for their life, and we saw this last season when we lost (4-2) against AFC Wimbledon (away in the FA Cup fourth round). It’s a good draw for us (against Oxford United), we need to be serious (in our approach and application) and play our football to qualify for the next round (of the Carabao Cup).