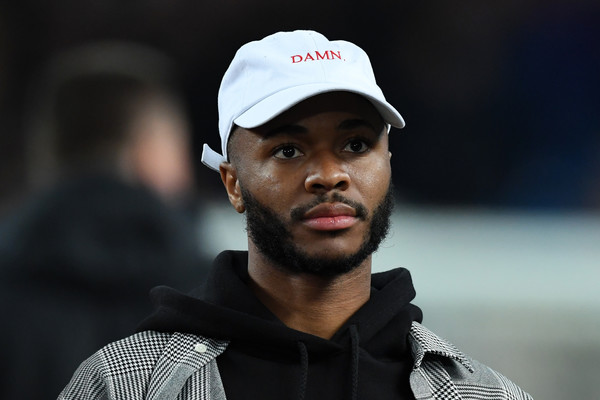 The highly dynamic and talented Raheem Sterling was a very instrumental member of the uber-dominant Manchester City side which triumphantly won the English Premier League under Pep Guardiola’s Manchester City in the 2017-2018 season.

Under the tutelage of Guardiola, Sterling won his first-ever EPL title of his successful career in 2017-2018.

Guardiola’s winning mentality and astute tactical excellence has been a beneficial factor for Sterling, especially with regards to the very talented England forward’s end product and overall displays. Furthermore, Sterling’s Opta and Squawka performance statistics have been fairly exceptional irrespective of periodic underperformance.

The City forward recorded an average pass average of 84% throughout 2017-2018, whereas Sterling recorded a shot on goal average of 53%.

In addition, the England forward won 46% of duels throughout the 2017-2018 campaign. Unmistakably, Raheem Sterling’s finest game in the 2017-2018 season for Manchester City came against Crystal Palace (a performance score of 78).

Conversely, Sterling’s least productive game for Manchester City in the English Premier League during the 2017-2018 campaign came against his former club Liverpool, which witnessed the England forward register a so-so performance score of 37.

Sterling’s overall slight dips in performance for Manchester City came during the winter period in the 2017-2018.

In terms of ball movement and passing creativity, Sterling’s average pass length is 12 meters. In addition, Sterling registered 51 created chances in the 2017-2018 season for Manchester City. Sterling’s peak of ball possession came in October 2017 for City.

Throughout City’s EPL winning 2017-2018 season, Sterling scored 23 goals in 46 games. Sterling improved his scoring from the previous season at the club, which witnessed the England star netting 10 goals for Manchester City throughout the 2016-2017 season.

One of the very best young players in Europe today, Sterling is an integral part of a very dominant Manchester City side, which features: Sergio Aguero, David Silva, Kevin de Bruyne, Leroy Sane, Gabriel Jesus and John Stones to name just a few.

In the 2013-2014 season, Sterling was an integral part of the Liverpool squad which almost won their first league title in 24 years. The Reds finished second on the final day of the season after an otherwise incredible campaign, which was inspired by Luis Suarez, Daniel Sturridge, and of course Sterling.

Sterling has represented England 37 times and has scored twice for the Three Lions. Sterling is the first Jamaica-born player to represent England at a FIFA World Cup since Liverpool legend, John Barnes.

Harry Kane has scored 12 goals in 23 games for England. Elsewhere, Vardy has netted seven goals in 21 appearances for the Three Lions, coupled alongside with Rashford scoring just twice in 17 games in an England shirt.

England will face Tunisia, Panama and Belgium in Group G at 2018 Russia FIFA World Cup. Sterling is entering the FIFA World Cup tournament with greater confidence than four summers ago and with even more finesse and finer reading of the game. England failed to advance from the group stage at 2014 Brazil FIFA World Cup.

Rashford is arguably the most accomplished and vastly talented 20-year-old competing at the 2018 Russia FIFA World Cup this summer. However, 23-year-old Sterling is a certified danger man for England this time around courtesy of a very polished and more consistent season at the Etihad Stadium in 2017-2018.

Glittering club form often does not translate into equal measured success at international level, whereas fatigue could play a factor after what has been a very long season for Sterling; The English professional game has no winter break in contrast to Germany.

The question remains: Will Raheem Sterling replicate his sensational Manchester City form in 2017-2018 for England this summer at the FIFA World Cup Russia 2018?