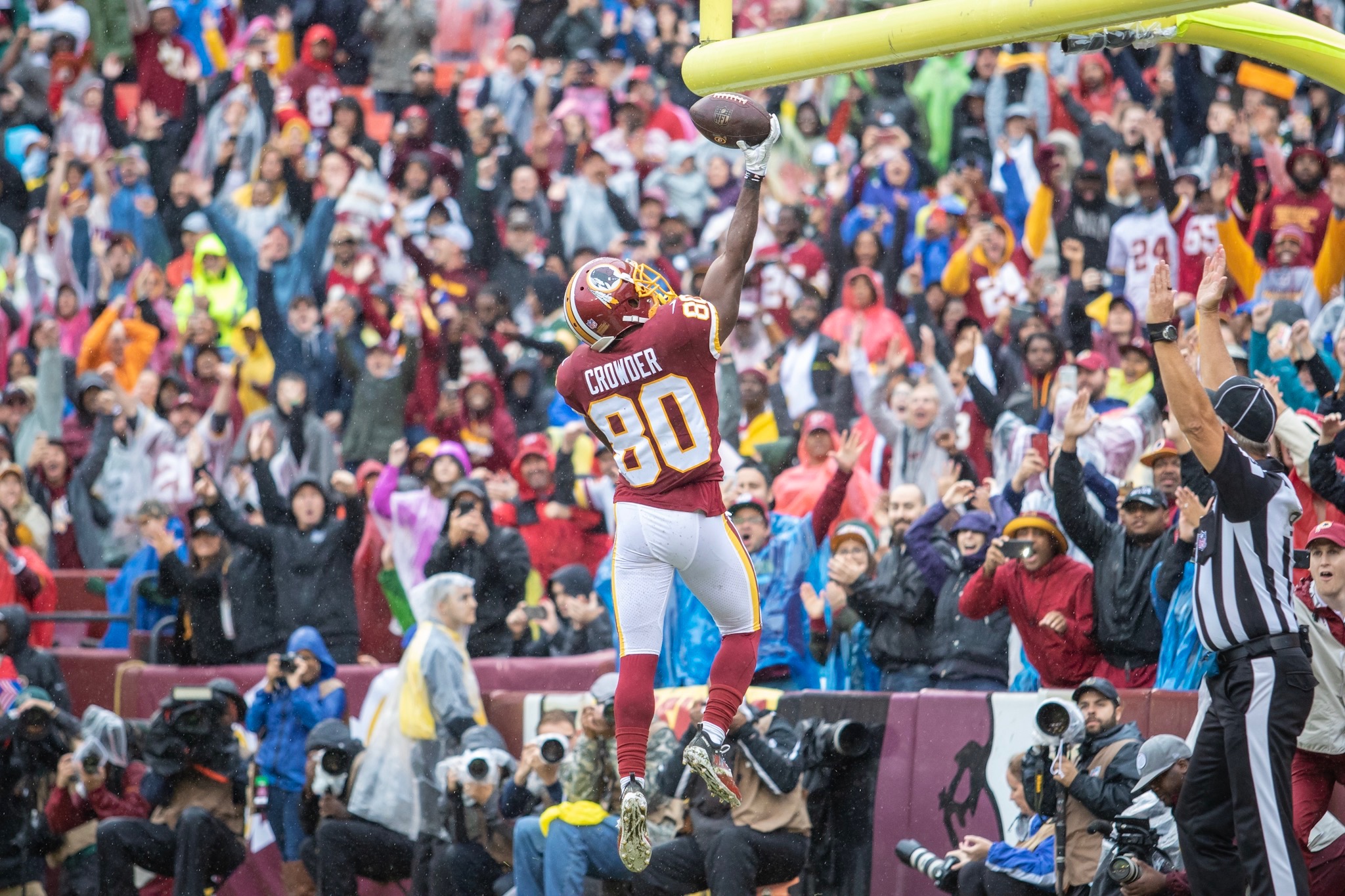 Now that the season is over and head coach Jay Gruden is staying, the next step in the off season is to evaluate the free agents on the team, deciding which ones to keep and those to let go. Once this has been decided the Redskins can decide who they want to pursue in free agency. Here are the five biggest free agents moving forward for the Redskins.

Wide Receiver- Jamison Crowder  The slot receiver has had an up and down tenure with the Redskins. Drafted in the fourth round of the 2015 draft, his speed automatically made him a weapon in the slot. Crowder increased his targets each season and his best season of 2016, he had 67 receptions for 847 yards and seven touchdowns. Crowder was also used as a punt returner but was not effective in that area. Crowder had a good report with former quarterback Kirk Cousins, but injuries this season did not allow the same connection with Alex Smith. Crowder will probably want to test free agency, and the Redskins have drafted a possible replacement with Trey Quinn. Prediction: Crowder is retained

Outside Linebacker- Preston Smith  Another member of the Redskins 2015 draft class, Smith was drafted in the second round to replace the departed Brian Orakpo and back up Trent Murphy. Smith has never missed a game in his four seasons, starting every game since the start of the 2016 season. Smith’s best statistical season was 2017 where he had 8 sacks, 10 tackles for lost and 21 quarterback hits. Smith had more tackles in 2018 with 53 but only four sacks. Smith is extremely underrated in his run stopping ability but as an outside linebacker/defensive end, his main purpose is to sack the quarterback. Prediction: Smith is not resigned .

Running Back- Adrian Peterson The biggest surprise of the season was Adrian Peterson. Cast off at the age of 33, the Redskins signed him after the season ending injury to Darrius Guice in the preseason. Peterson was more than just a fill in, Peterson turned in a 1,000 yard rushing season. Peterson finished with 1.024 yards and seven touchdowns while adding 208 yards and a touchdown on 20 receptions. Peterson started every game and showed no signs of slowing down over the season. His business approach combined with Alex Smith showed valuable leadership. Prediction: Peterson is resigned

Safety- Ha Ha Clinton-Dix The Redskins made a trade deadline move to trade for Clinton-Dix for a fourth round pick with the Green Bay Packers. The move to sure up at the time a top 5 defense, was to pair him with top rated safety DJ Swearinger to replace Montae Nicholson. The move was seen as a low risk smart move to counter the moves the other NFC East contenders made. This move ended up being really bad for the Redskins. Clinton-Dix did not make an impact and had numerous times where he was in bad position and missed tackles. Also with the injuries the team ended up having, that pick is more valuable. With the release of Swearinger, Clinton-Dix might have to be resigned because of the need for veteran leadership in the secondary. Prediction: Clinton-Dix is signed if Norman is released

Offensive Tackle- Ty Nsekhe The backup swing tackle was pressed into duty more than expected in the 2018 season. Nsekhe played in 14 games and ended up starting in five games before a knee injury caused him to miss the last two games. In his first three starts, Nsekhe started in the place of left tackle Trent Williams, while in his final two starts he started at left guard. Overall Nsekhe played every position on the line with the exception of center. His versatility was called upon and Nsekhe delivered. Nsekhe maybe pursed by other teams and he may want to go somewhere and start. With Geron Christian’s injury, Nsekhe is very important for the Redskins. Prediction: Nsekhe is resigned