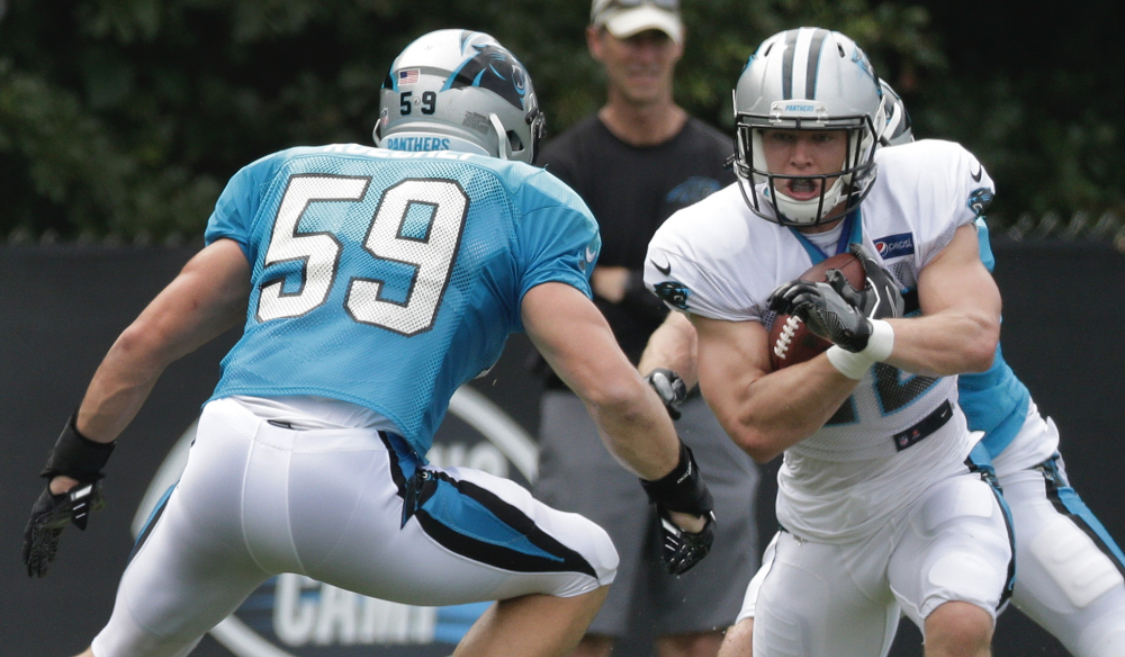 Although the season did not go quite as expected for the Carolina Panthers, the accolades keep rolling in for linebacker Luke Kuechly. After being named to his sixth Pro Bowl, it was announced on Friday that Kuechly has been named to the Associated Press All-Pro First Team. Kuechly is joined by running back Christian McCaffrey who was named to the All-Pro second team as a flex player.

Kuechly finished the season ranked eighth in the league with 130 tackles. He registered 20 tackles for loss, tying for third in the NFL, and a Panthers franchise record. He added two forced fumbles, one interception and one fumble recovery.

Since entering the league in 2012, Kuechly has recorded 948 tackles, the most by any player over that stretch. He also has 16 interceptions and eight fumble recoveries since 2012, the most interceptions and total takeaways by any linebacker during that period.

This is Kuechly’s fifth All-Pro First Team distinction and sixth All-Pro honor overall as he was named to the Second Team in 2016.

Christian McCaffrey followed up a solid rookie season with a spectacular sophomore season. He broke and set numerous franchise and NFL records en route to racking up 1,965 scrimmage yards, good for third in the NFL for the season. His 107 receptions were the most of any running back in NFL history and the most of any Panther, regardless of position, in franchise history. He ran for 1,098 rushing yards and had 867 receiving yards, the most receiving yards by any running back in the NFL. He became just the third player in NFL history with over 1,000 yards rushing and 100 receptions.

He also joined Walter Payton as the only two players with 50 yards rushing, receiving and passing in a single game in NFL history. He also set a franchise record with 237 scrimmage yards in a game against Seattle. A loaded NFC kept McCaffrey out of the Pro Bowl this season but he has been named an alternate.