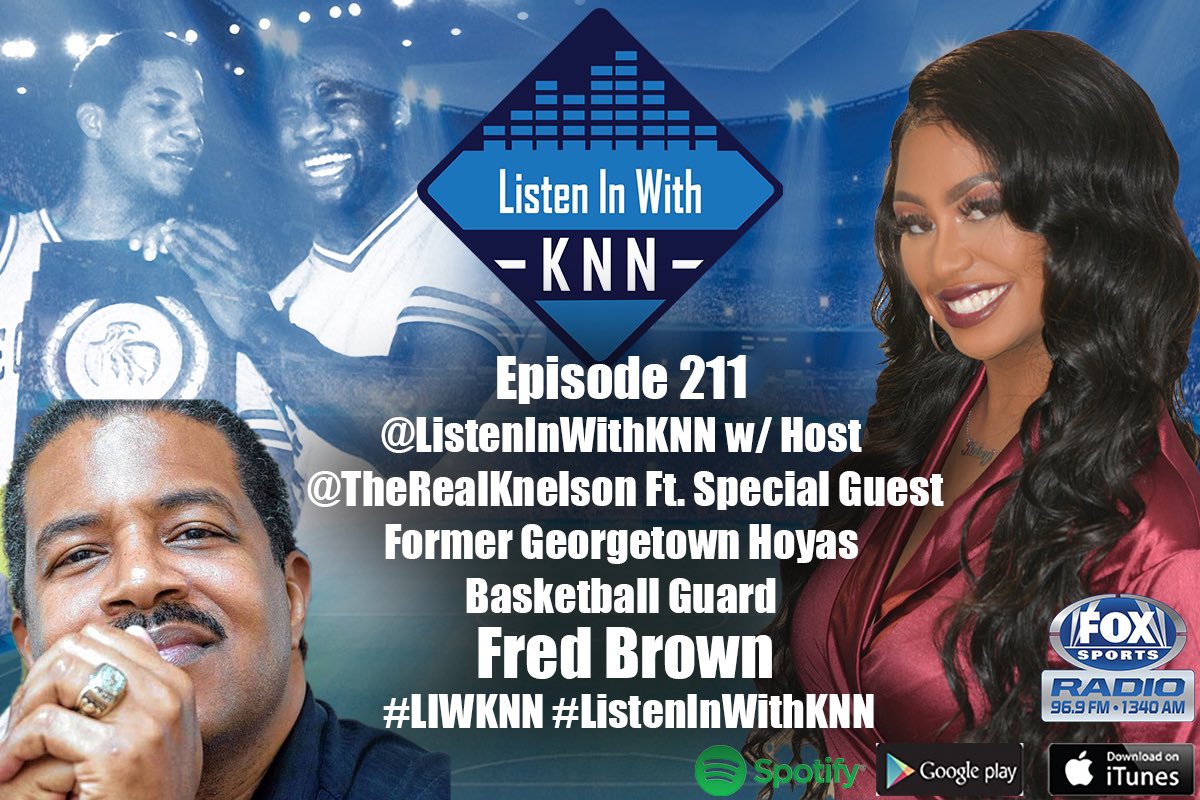 Brown was a first-team all-city recruit from Stevenson High School in the Bronx, N.Y. Brown found early success at Georgetown being named the Rookie of the Year in the Big East Conference, and the team went to the NCAA Tournament all four years of his collegiate career.

As one of six children and the youngest boy in his family, Brown was introduced to basketball by his next to oldest brother when he started playing in the mid-1970s. Brown was also part of a boys club in his neighborhood where he played several sports and learned many disciplines.

While Brown was an elite basketball player, he always wanted to be more than an athlete and have a backup plan. “I just decided a long time ago that sports was the vehicle to change my environment and then academics was a part of that because if you don’t concentrate on the academics, you’re going to not really get your full potential as an athlete,” said Brown.

Nelson and Brown discussed this year’s men’s and women’s March Madness tournament which featured Villanova, Kansas, Duke, and North Carolina as the men’s Final Four. With this being Duke University’s Head Coach Mike Krzyzewski’s final season, Brown remembered when he interacted with Coach K during his recruiting phase.

Brown also touched upon the battle of the blue bloods in this rivalry between North Carolina and Duke who met for the first time at the NCAA Tournament this year in the semifinal game. “North Carolina’s been a great program for many years, the last 50 years. Coaching these days is all about recruiting. You can’t recruit, you’re not going to win,” said Brown.

Speaking of recruiting, the Georgetown University men’s basketball program has had a difficult time as of late securing local talent. “I know in Coach Thompson’s days, he used to recruit, but he had a lot of relationships in the DC area where Patrick [Ewing] probably has more relationships in the NBA and on a national scale,” said Brown. Recently, the Hoyas hired Kevin Nickelberry as an assistant coach who has DC connections. “Hopefully with that, they’ll be able to get some local talent,” said Brown.

Brown noted that Georgetown’s unique environment and rigorous academics could be an obstacle. “You can recruit a kid, but if he’s not up to par academically, socially, and things of that nature, he’s going to struggle,” said Brown.

With the transfer portal, student-athletes have greater access to other schools if they aren’t pleased with their current situation. Brown compared it to AAU players leaving since they are able to switch teams when they are unhappy. “When I was coming along, you just toughed it out. I wanted to leave Georgetown after my freshman year and probably like 95% of the people in college basketball…You come out of high school, you have certain expectations of what it’s all about, and you have no clue that this is a business,” said Brown.

He is hopeful that Georgetown will return to success soon. “I don’t know that it will ever become what it used to be. It can be successful, it can be competitive, but that’s a tough thing to compete against those big schools,” said Brown.

Brown then talked about why Georgetown stood out to him and reminisced on the team’s glory days. “I thought Coach Thompson, as a black male, could identify with me as a black male growing up in a tough environment, overcoming a lot of obstacles,” said Brown. The academics, Coach Thompson, and the beautiful city of Washington, D.C. are what made the choice easy for him.

As a Hoya, Brown learned many lessons like discipline, hard work, and overcoming obstacles. He also talked about learning to navigate the highs and lows of success, referring to the 1982 NCAA tournament. “People don’t realize in 1982, the semifinal game, I got MVP. I only hit 4 points in the game, but I did a whole lot of things offensively to disrupt Louisville, which was a very good team. Just on defense alone, I got the MVP, and then the next game I threw the ball away to James Worthy and lost. Those are just the highs and lows within a 48 hour period,” said Brown.

Two years later, Brown would become a national champion with the Hoyas. During his time at Georgetown, he had to overcome lots of adversity like injuring his knees after playing on concrete courts overseas. “You got to adapt and change with things that happen,” said Brown.

Since graduating from Georgetown, Brown has coached and mentored many kids helping them find the right place for them whether it be playing Division I, II, III, NAIA, or an HBCU. He’s taught them about the importance of mental toughness, physical capability, and overcoming obstacles. “I use basketball as the carrot to attract kids, develop a relationship with them, and now I’m bringing in life skills. I’m teaching them all kinds of things that are vital, that are going to be with him forever. I feel blessed that I have about 50 kids that I’ve helped in the last 25 years that are doing very well in life…it’s a beautiful thing,” said Brown.

Coming up, Brown is hosting a Spring Break Basketball Camp for the DMV area at The Campus DMV in Capitol Heights, Md. for boys and girls between the ages of 8-15 years old. The camp costs $350 and begins Monday, April 11 running through Friday, April 15th. There is also a Basketball Skills Semi-Private or Private Training available on Saturday, April 16th and Sunday, April 17th available to boys and girls ages 5 and up.“I’m excited about the opportunity to work with the youth…I have been blessed who are now going and helping others in a mass way,” said Brown.

Listen to the whole conversation below! For more information on the camp and clinic, click here. 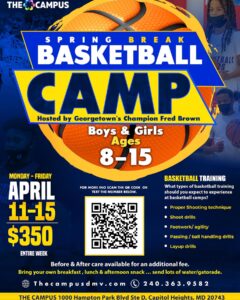