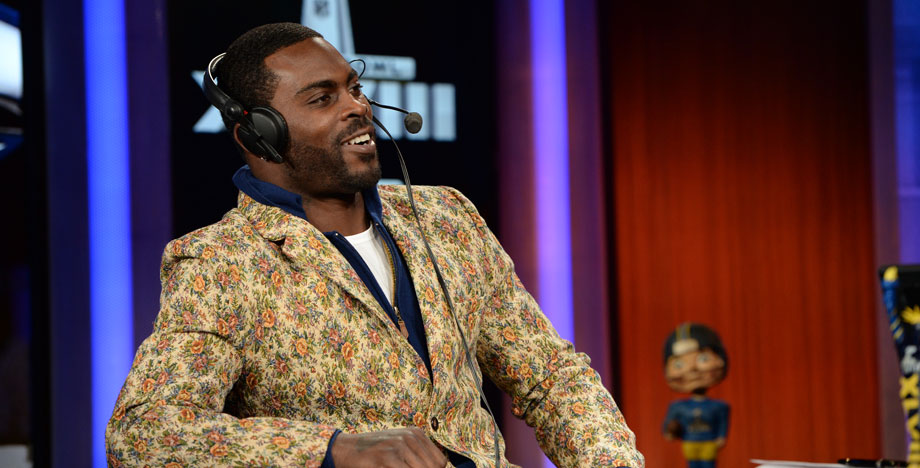 Throughout the much-talked about Vick’s vastly decorated and successful NFL career. The popular 37-year-old Virginia native garnered acclaim and was a 4-time NFL Pro Bowl selection, whilst additionally boasting banner career accolades such as NFL Comeback Player of the Year, coupled alongside eclipsing various coveted all-time NFL records along the way to become a firm fan favorite in the hearts of NFL fans.

FOX Sports 96.9 FM/1340 AM‘s Dean Perretta caught up with FOX Sports 1 Analyst and former NFL superstar to find out Vick’s thoughts on transitioning from the NFL gridiron to successfully becoming an NFL Analyst on FOX Sports 1, the well-documented Colin Kaepernick free agency situation, Vick’s revealed NFL Super Bowl LII predictions, coupled alongside being immortalized as an Atlanta Falcon for life and much more in an exclusive interview.

Q: First and foremost Michael, many thanks for taking time out of your very busy schedule to be here. How has your experience as an NFL Analyst on FOX Sports been for you personally thus far?

It has been very humbling and cool knowing that I played the game and can now talk about it weekly. I never thought I’d be able to do broadcasting, but I’m embracing this opportunity with FOX Sports.

I’m having a blast each week with my colleagues on the FOX NFL Kickoff Show on Sundays as well as the other FS1 shows during the week.

Q: The Atlanta Falcons recently held a very celebratory and emotional high-profile retirement ceremony for yourself and of course Roddy White. How validating is it for you Michael to be a Falcon for life as well as feeling the immeasurable love and undying support from the great fans and people of Atlanta?

I think it summed up everything. It showed that relationships can be mended and people can have a change of heart.

It is a special privilege and to be able to say I’m a Falcon for life. It is something I can treasure forever. This exemplifies some of the good experiences I had with the city, the team and my teammates.

Q: You presently hold the prestigious NFL all-time records for the most rushing yards for an NFL Quarter Back in history as well as the most NFL rushing yards by a Quarter Back in an NFL season. This is of course a tremendous testament to your work ethic, talent and will to win. Where do these incredible professional accolades rank in your highly decorated NFL career?

Those accolades ranks amongst the top. Coming into NFL I didn’t come in to break records or make the record book. It far exceeded any personal goals.

Those records will never die, but they are made to be broken. But I hope it stands for a long time!

Q: In your opinion, which teams do you believe will make the NFL Super Bowl this season?

My bold predictions are the Chiefs (AFC) and Seahawks (NFC).

Q: Michael, thank you once again for your time and for all that you do. But before we leave, what are your truest thoughts on the well-documented Colin Kaepernick free agency situation?

You never know what can happen. Hopefully, he’ll get signed at some point. I don’t want him to give up on his dream to play.