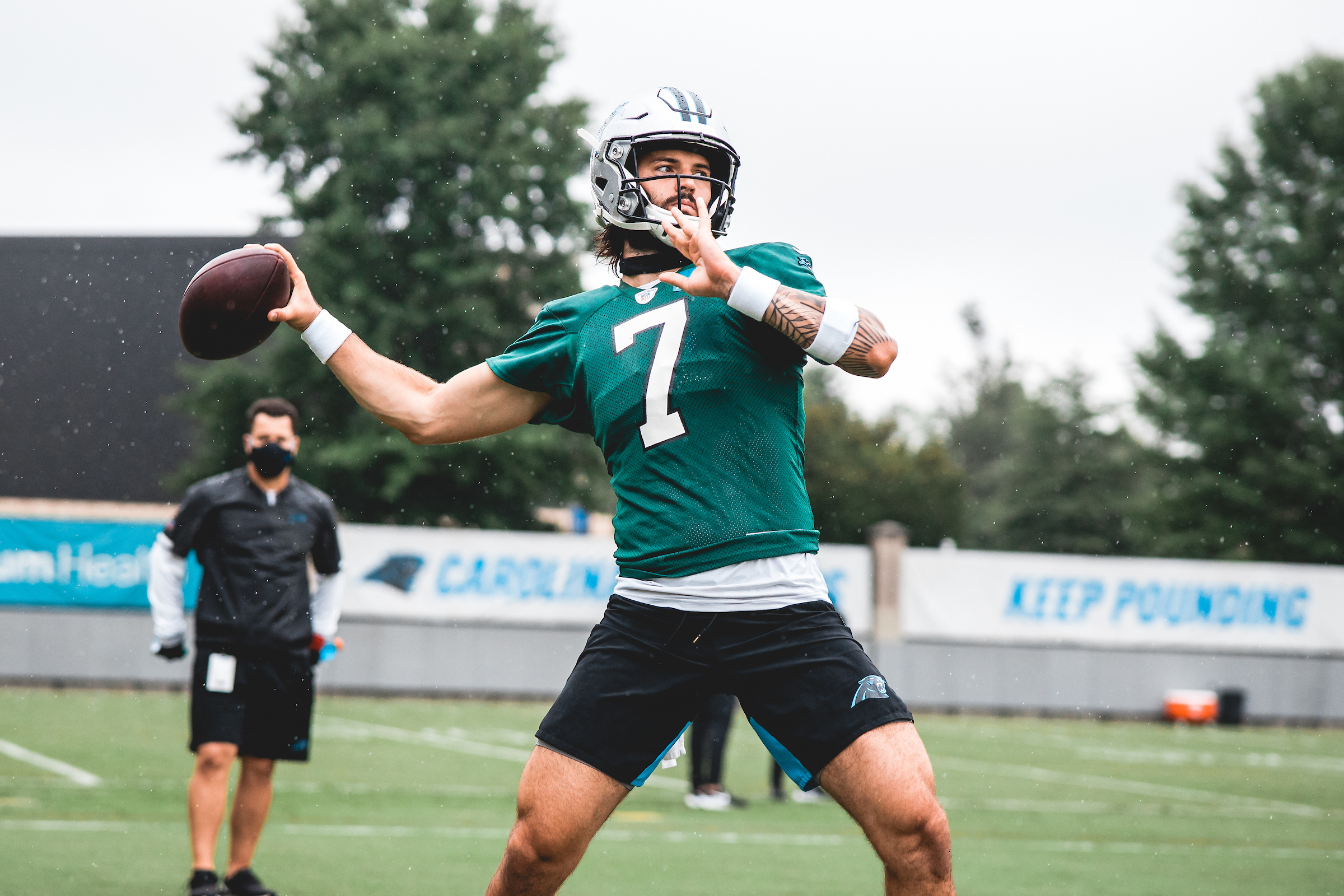 When the Panthers traded up to draft Will Grier in the third round of the 2019 NFL Draft, some rushed to the conclusion that Cam Newton’s days were numbered.  However, when Newton went down due to injury just two games into the season, it was Kyle Allen that stepped into the starting quarterback position.  When Allen struggled, Grier got his chance under center; starting the final two games of the season.  In those two games, Grier went 28-for-52 for 228 yards and threw four interceptions.

Fast forward to a sophomore season with a totally new offensive system and Grier finds himself learning a new system for the second time in as many years.  Having the offseason thrown into disarray due to Covid-19 didn’t help much, but Grier is poised to progress and prepare himself to be a viable backup behind starter Teddy Bridgewater.  To do so, he has to win the training camp battle with XFL product PJ Walker first.  Grier spoke with media during the first week of padded practice.

Grier admitted that he “was bad at being a backup” after being a starter his whole athletic career. Who better to deliver the message of how important it is to be prepared? None other than Teddy Bridgewater who has gone from starter to backup to starter during his NFL tenure. Bridgewater said that he had pretty much conditioned himself to believe that the New Orleans Saints were Drew Brees’ team and he was just there to be there. Bridgewater found himself thrust into the starting lineup when Brees tore a ligament in his throwing hand. After putting out what he considered “bad football”, Bridgewater had a reckoning with himself and went on to win his next five games as the starter. It is a realization and lesson that Bridgewater says that he has shared with Grier and PJ Walker in the quarterbacks room.

Ready or not, the season is set to kick off on September 13 when the Las Vegas Raiders visit Bank of America Stadium. Head coach Matt Rhule says that PJ Walker entered camp as QB2 but that the tide has shifted during camp. If there’s one thing that is certain, it is the fact that everything is uncertain in 2020 – the Carolina Panthers are no exception.