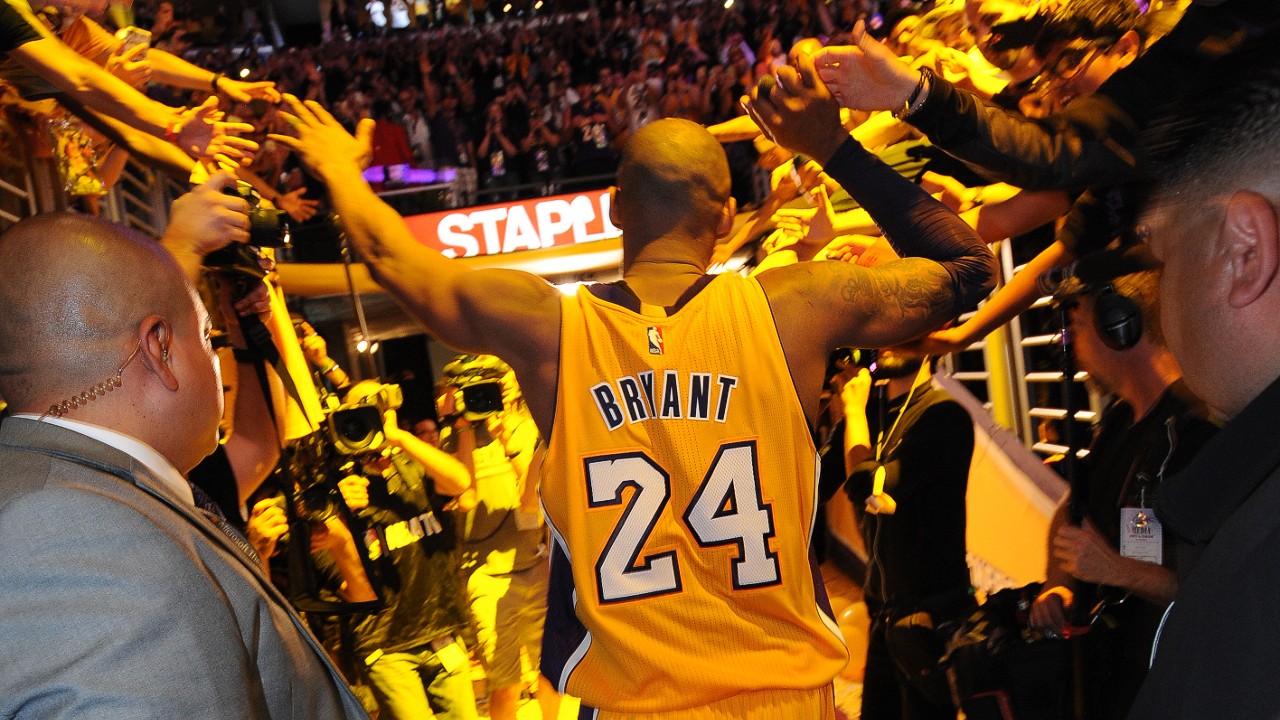 I’ve always been a Chicago Bulls fan but I followed Kobe Bryant’s entire career! Kobe is one of my favorite athletes of all-time and I still can’t process that he is gone.

His death devastated everyone he inspired and from now on, August 24 (8/24) will always be his day… proving what we already knew: his legacy will live on.

Horace Grant, who won championships with Michael Jordan and Kobe Bryant during his 17-year NBA career, said that Kobe was “right there” when it came to matching MJ’s work ethic:

“In terms of his work ethic, he was right there with MJ. I have never seen two individuals work as hard in the offseason as they did during the season. They didn’t take a play off in practice, or anything like that. So I would say 1 and 1A, just giving MJ a little edge.”

Bryant’s mindset and fear of not being good enough and losing led him to all his remarkable achievements. The 18-time NBA All-Star, five-time NBA champion and one-time NBA MVP tragically passed away on January 26, 2020.

“I grew up watching Michael on TV, and now you got a chance to go face-to-face with him… It was fun to be out there.”

– Kobe Bryant on facing Michael Jordan in the 1998 All-Star Game ??

The Last Dance on ESPN pic.twitter.com/4jz4tzoE18

One of Kobe’s Toughest Opponents

Kobe wrote the following in an article published by The Players’ Tribune on April 18, 2017:

On November 12, 1996, I played five minutes and finished with two points in a Lakers win at Houston.

Iverson and Bryant had many unforgettable battles over the years. “AI” brought the best out of Kobe, who always looked for ways to stop his friend on the court.

Bryant even studied how white sharks hunted seals to help him understand how to defend Iverson.

“This led me to study how great white sharks hunt seals off the coast of South Africa,” Kobe concluded.

Two of the game's top players Allen Iverson and Kobe talk about their relationship on and off the court ? pic.twitter.com/5KYiLmCKfl

Like Kobe Bryant, Allen Iverson willed his teams to victory on a regular basis. Today, “The Answer” shared a letter he dedicated to Kobe on The Players’ Tribune, here’s part of it:

That’s when I knew you were a kindred spirit.

We might have grown up in different circumstances, but when I saw you on the court, and how hard you were going, I knew we were raised with the same mentality. I wasn’t tall — but in my mind, I was going to be a giant out there every single night. You were 6′ 6″, and could’ve scored in your sleep. But that wasn’t enough. You were trying to be the best that ever did it.”

Iverson on Kobe’s place among the greatest NBA players of all-time:

“Any time anybody asks me, “Who’s the greatest of all-time?”

Nobody was tougher than you. Nobody got more out of me. We’re linked forever in this game — in this life.”

Lessons From The Black Mamba

“During my rookie year, at first, some scouting reports said I wasn’t tough. The first time I went to the basket in games, I’d get hit and the defense would think they had me. I’d come back the very next play and pick up an offensive foul just to send them a message.

I didn’t need that extra push to be great, though. From day one, I wanted to dominate. My mindset was: I’m going to figure you out. Whether it was AI, Tracy, Vince―or, if I were coming up today, LeBron, Russ, Steph―my goal was to figure you out.

And to do that, to figure those puzzles out, I was willing to do way more than anyone else. That was the fun part for me.” — Kobe Bryant

“Initially, I thought the phrase “Mamba Mentality” was just a catchy hashtag that I’d start on Twitter. Something witty and memorable. But it took off from there and came to symbolize much more.

The mindset isn’t about seeking a result―it’s more about the process of getting to that result. It’s about the journey and the approach. It’s a way of life. I do think that it’s important, in all endeavors, to have that mentality.” — Kobe Bryant

“I’ll do whatever it takes to win games, whether it’s sitting on a bench waving a towel, handing a cup of water to a teammate, or hitting the game-winning shot.” — Kobe Bryant

“The agony of defeat is as low as the joy of winning is high. However, they’re the exact same to me. I’m at the gym at the same time after losing 50 games as I am after winning a championship. It doesn’t change for me.” — Kobe Bryant