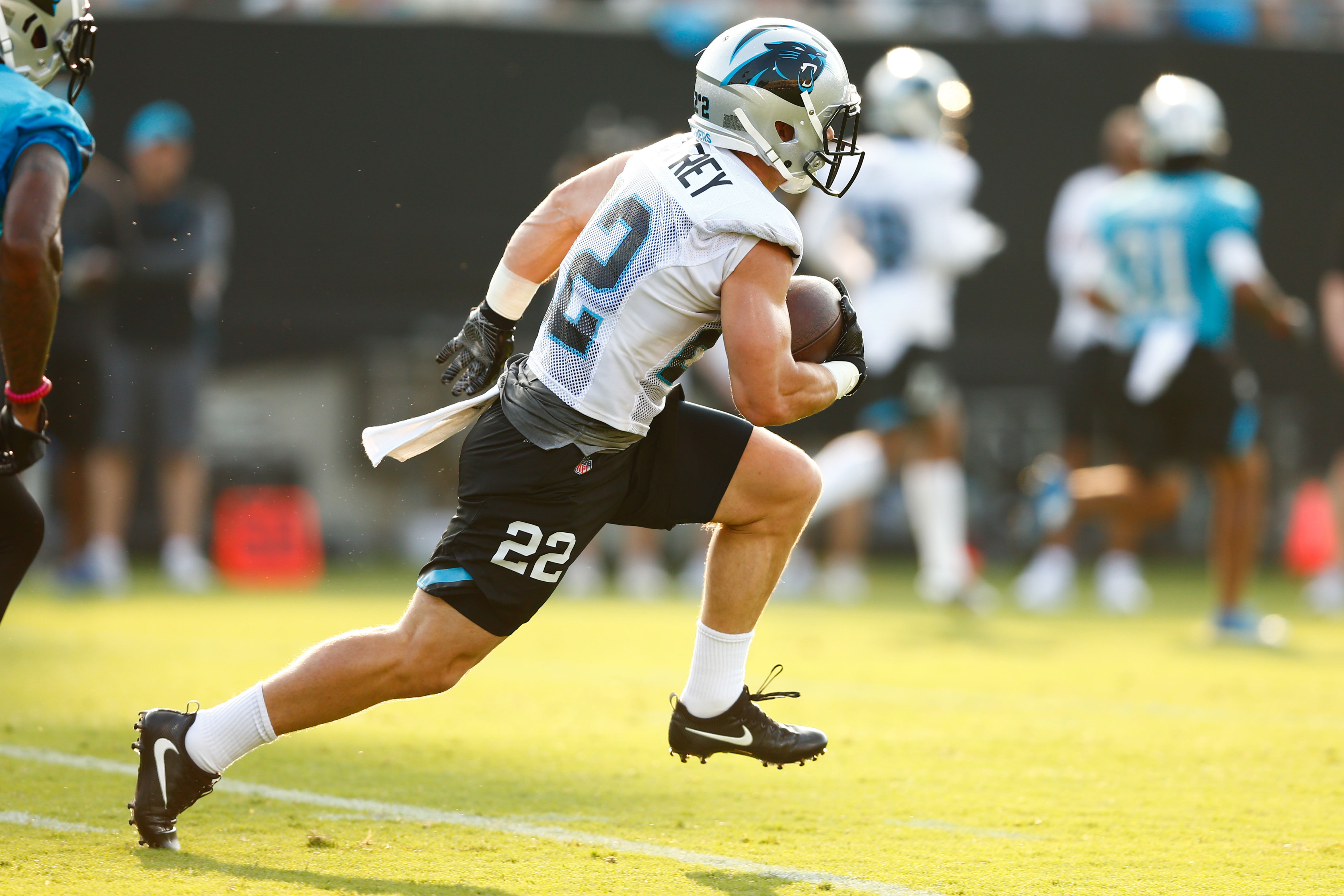 Spartanburg, SC – Christian McCaffrey’s speed and agility are receiving high-praises from his defensive teammates who have to play against him in training camp.

The Carolina Panthers offense is comprised of fast wide receivers, and now their rookie running back is giving the defense something to talk about. Nonetheless, everyone agrees that this potent offense is good for the defensive to get prepared for the upcoming season.

The NFC South is most known for its explosive weapons on that side of the ball. However, here at training camp, everyone can’t stop talking about McCaffrey.

How Fast Is He?

“He’s quick,”second-year cornerback James Bradberry said. “He’s a lot bigger than he was in OTAs from my point of view, but he’s quick. I think he’s going to make a lot of plays for us.”

Bradberry admitted that he’s yet to face McCaffrey one-on-one thus far. However, he recalled a played that McCaffrey made on Luke Kuechly that left him in shock.

“I seen him make a move on Luke and another lineman. He made a pretty sharp cut and made me give a little ohhhh-ahhhh.”

Bradberry wasn’t the only person noticing how good McCaffrey is. Kuechly gave a scouting report on him on Day 3 of camp and he referred back to the play that Bradberry mentioned.

“He’s quick. He’s got shake (and is) fast. He got me today on one run, but luckily Thomas was right next to me. He’s fast (and) he’s quick. The way he runs you can tell that he’s done it a few times. He’s very precise with his movements he’s in and out of breaks quick,” Kuechly said.

After practice was over, head coach Ron Riveria talked with the media and also mentioned how he’s pleased with McCaffrey’s game.

“He’s a good football. I think a lot of guys like what Christian is going to bring to the table. I think we are all excited about what he can do for us. It’s been exciting to watch him and when guys come up to you make comments about a guy’s abilities that’s kind of fun to watch.”

Nothing but high praise from coach and players about Christian McCaffrey… story tonight at 11 over at @1340AMFOXSports pic.twitter.com/m9zMfwbF7X

Wrapping it all up:

The big question will be how will McCaffrey play with full contact expected. Tomorrow should be a good test for both the offense and defense. Nonetheless, with all the moves made this offseason, it seems like Carolina is in a “win now” mindset. McCaffrey will be a big help for Cam Newton and this powerful offense.