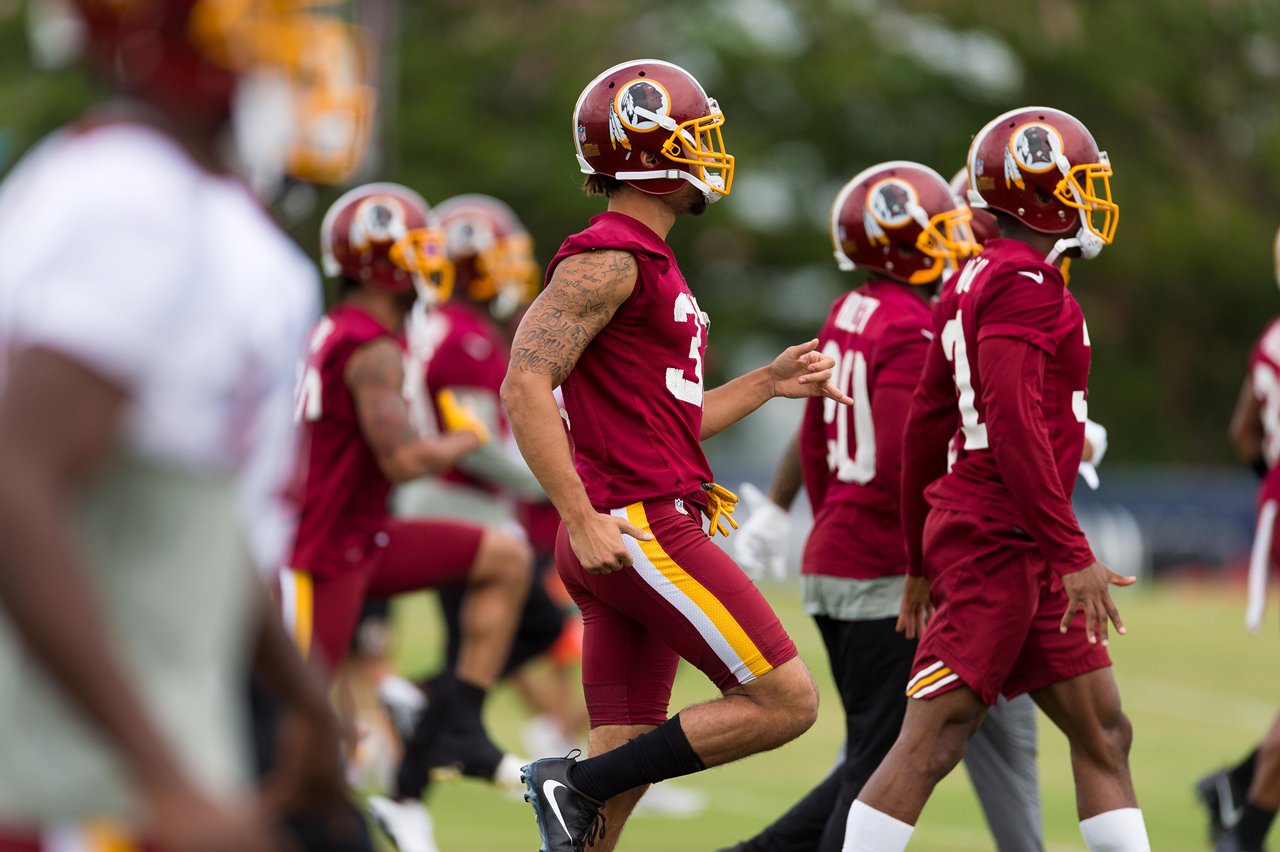 The second day of Training Camp for the Washington Redskins has come to a close. If there is one thing Coach Jay Gruden wants you to know, it’s that not much can be taken away from two days of practice. Coach Gruden said “Judgements can’t be made in shorts after a couple of days.” While his statement is true, that’s not to say that players aren’t making an impression. In fact, there is one player that has gotten high praise from the third-year Head Coach.

Swearinger Getting Praise From Gruden

D.J. Swearinger was signed in free agency this offseason to help shore up the secondary. The four-year safety, previously of the Arizona Cardinals, has turned heads in just a short amount of time. 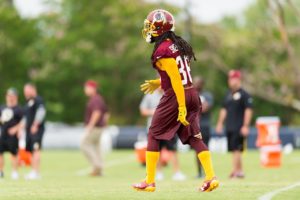 In today’s practice, Swearinger picked off a Kirk Cousins pass. It wasn’t a routine interception either. The 25-year old safety channeled his inner Odell Beckham Jr. and caught it one handed. Coach Gruden said of Swearinger “Been far more impressed by DJ Swearinger than any other free agent.” 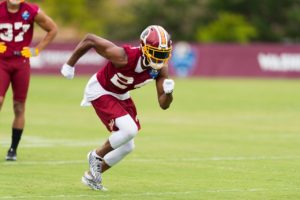 Although it’s his second training camp with the Redskins, CB Josh Norman has had to adjust to certain things. The main culprit being new Defensive Coordinator, Greg Manusky. The former Colts DC was promoted from LBs Coach this offseason. Manusky is Norman’s third D.C. in as many year.

When asked about adjusting to three different styles of defense in as many years, Norman said “It’s pretty cool to see both sides of the spectrum, I think I only saw that one time when I was in Carolina.” Norman went on to say “Coach Joe Barry had some great things that I really did like and I wanted to play it to the best of my abilities. This one right here, like I said, it feels like it’s in my backyard. It’s going to be a fun year.”

Other Takeways At Washington Redskins Camp

The hype surrounding WR Josh Doctson is growing by the minute. He had a great day yesterday, and continued that today. The route running and leaping ability he is showing is garnering attention from many. Gruden calls Doctson a “quiet assasian”.

A big battle for position is also taking place in Washington’s LB Corps. Junior Galette and Preston Smith went back and forth today both showing great effort and skill. Galette, who has been injured the last two years, is looking to bring his pass rushing prowess he had in New Orleans to a Redskins team who is in search of someone opposite Ryan Kerrigan. Both Galette and Smith lined up against Pro Bowl Left Tackle, Trent Williams. While the two won a few battles, Williams ultimately won the war today. 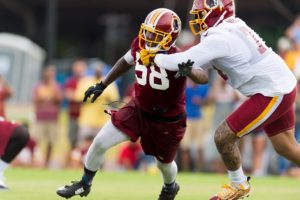 Day Three OF Camp For The Washington Redskins

The Washington Redskins will begin day three of Training Camp tomorrow for a walk-through at 10:35 AM.