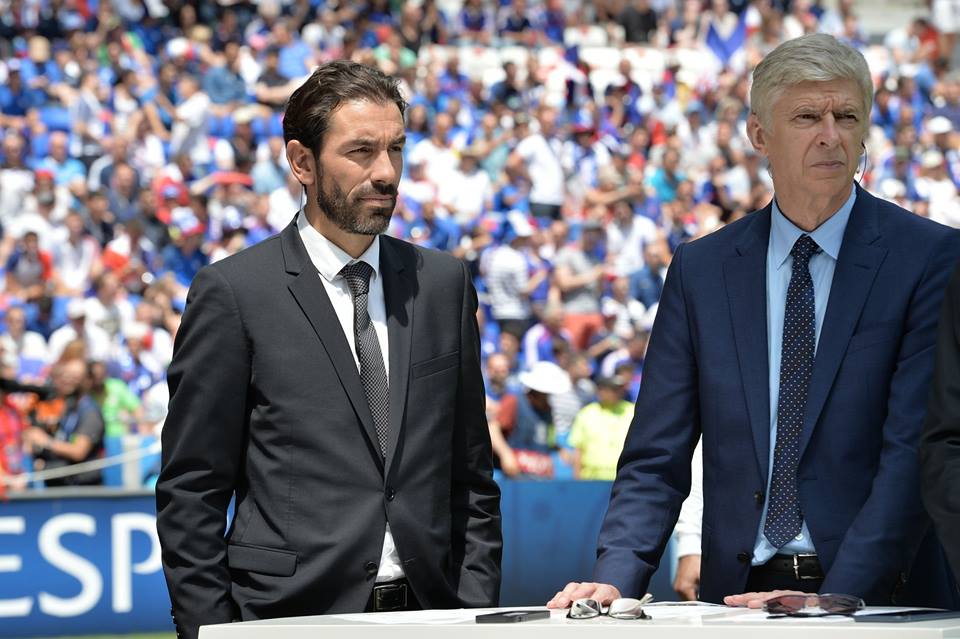 Furthermore, Robert Pirés officially scored eight times in 12 games against bitter rivals Tottenham Hotspur and was never on the losing side in the north London derby throughout his memorable six years with the Gunners; Pirés also played for successful La Liga Primera side Villareal and popular Ligue 1 side Olympique de Marseille throughout his illustrious career.

Moreover, Robert Pirés won the esteemed and much coveted FWA Footballer of the Year once in France, as well as being named in the English Premier League Team of the Season three times (2001-02, 2002-03, 2003-04). Pirés won the Golden Shoe and Golden Boot at the FIFA Confederations Cup 2001; Pirés was also named in the Equipe type spéciale 20 ans des trophées UNFP, an honorific selection in France honoring Les Bleaus greatest-ever players.

Robert Pirés is still a regular visitor at Emirates Stadium in Holloway, north London and remains a hugely popular and widely respected figure at Arsenal, whereas Pirés’ son Theo Pirés currently plays for Arsenal Under 10s.

Perretta: First and foremost Robert, France richly anticipates FIFA World Cup Russia 2018 this summer. What are your thoughts on the current France national team and do you believe Didier Deschamps Les Bleus can emerge as FIFA World Cup winners once again in Russia?

Pirés: I think this French team has a good chance to do very well. They are a young and dynamic team but still with some experienced players. (Didier) Deschamps will have them well prepared and will ensure there is a strong unit in the camp.

Pirés: It was a defining moment for all of France. To win in your own country, with all your family, friends and the country behind you was amazing.

The love from the French people was so strong and was a significant time for all the country. For me personally, it ensured my career path continued to grow quickly and helped my profile globally increase.

Perretta: What did it mean for you personally when 3-time FIFA World Cup winner, Brazil national treasure and the greatest player of all-time Pelé officially named you in the prestigious FIFA 100 greatest living players in history?

Pirés: Pelé is an iconic figure in our game and to be recognized was a wonderful personal moment. I have achieved many things in football personally and with my teams and country and this is alongside those honors.

Perretta: Alexandre Lacazette, Laurent Koscielny and Jeff Reine-Adélaide are among the current contigent of very talented French players at Arsenal. With that being said, how would you describe Arsenal’s popularity and fanbase in France?

Arsenal is very popular in France with the history of great players, the manager (Arséne Wenger) obviously and its easy to come to London from France!

Perretta: Last but certainly not least Robert, French compatriot Arséne Wenger has been an excellent servant and symbol to Arsenal like yourself and also a true credit to the game. What have you learned most from Arséne Wenger both as a trainer and as a person?

Pirés: Arséne (Wenger) has been a great part of my career and we are still very close now. He is a gentleman and also a wonderful coach.
Even now, I train with the first team (Arsenal) sometimes and help the coaching staff and you can still see he is very passionate about the game and still has the hunger and desire to win.