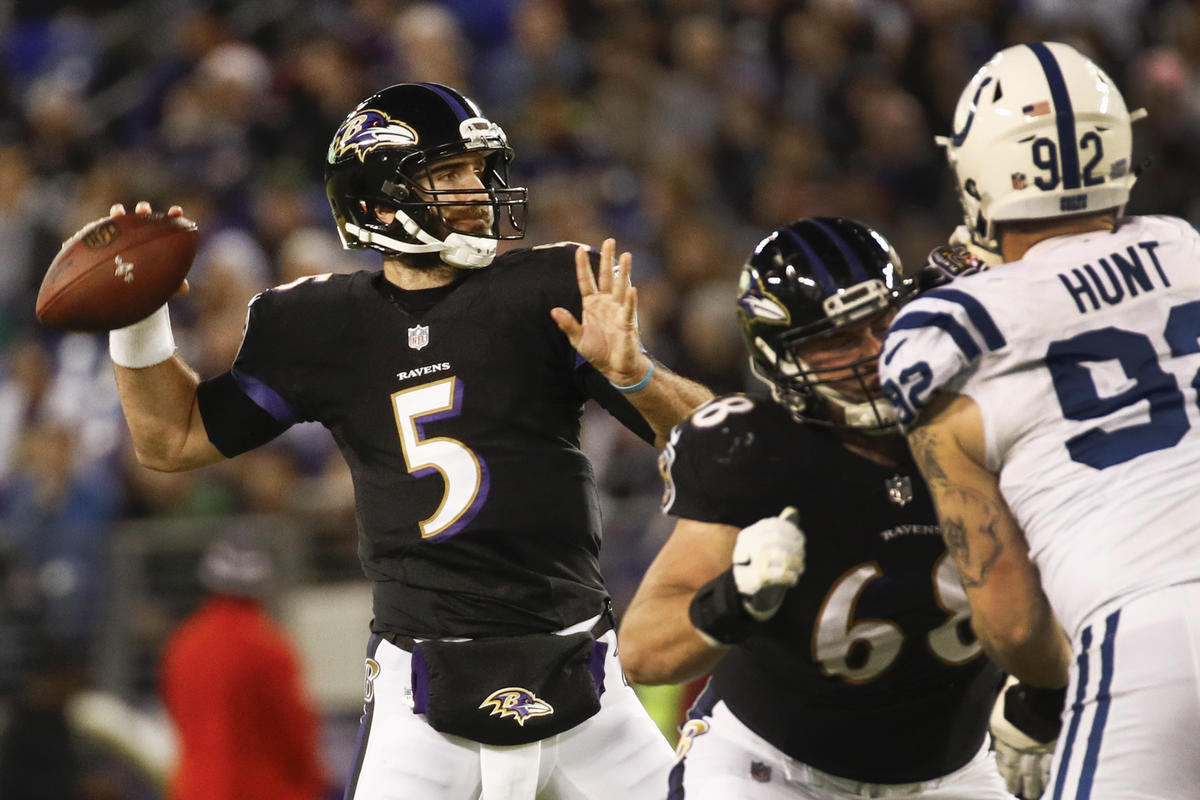 Many analysts have said 2018 is a critical year for the Baltimore Ravens. They say the franchise is at a crossroads and  it’s easy to see why some would think that.

Owner Steve Bisciotti admitted he considered firing John Harbaugh at season’s end. Longtime defensive coordinator Dean Pees retired, then moved on to the Tennessee Titans. Franchise cornerback Jimmy Smith continues to deal with a rash of injuries after signing a long-term deal. And most notably, the team has been on the cusp of the playoffs the past two years only to see the defense falter in key moments.

However, there is something the Baltimore Ravens have not wanted to admit. The crossroads began years ago after their second Super Bowl win in 2012. Think about who the Ravens lost immediately following that dramatic victory:

That’s also not counting the beginning of the end of Dennis Pitta’s career in the following season. Despite the fact all of those players (minus Boldin’s first year in San Francisco) underwhelming in their next destinations, the Ravens certainly would not have won without their services. It’s about how much talent you have on your team, but how does that talent morph together into a winning product.

The crossroads began after the Super Bowl victory. The current state of the Baltimore Ravens was established in the 2013 season when they went 8-8. Since 2012, the Ravens have gone 40-40. Since the franchise captured its second Lombardi trophy, mediocrity has filled the halls of Owings Mills.

The Ravens have not wanted to admit they’ve been rebuilding since 2012 and it’s been a problem. Players show up to OTAs thinking they are part of a special group that has the chance to compete with the likes of Pittsburgh and New England in a weak AFC, yet they haven’t realized they are part of the mediocrity that is the AFC.

Now that is just part of the big picture overview of what is wrong the Ravens. Let’s take a look into the deep issues that are plaguing the franchise.

It’s no secret the Ravens have repeatedly been bitten hard by the injury bug the past few years. Key cogs like Jimmy Smith, Terrell Suggs, Joe Flacco, Tavon Young, Marshal Yanda, Dennis Pitta and so forth have succumb to significant injury, which has set the franchise back.

There was even a point where former defensive coordinator Dean Pees admitted he did not even know the name of who was on the field at cornerback because they were signing guys off the street to fill voids in the secondary.

But, every NFL team deals with injuries. It’s a necessary evil in a violent game where the goal is to physically dominate the man across from you. As easy as it is for Ravens fans to use injuries as an excuse; it’s not legitimate.

And there is a $120 million reason why. Joseph Vincent Flacco. JVF. And at times, the Ravens franchise quarterback has played like a JV football player. Since signing Flacco to what was then the richest contract in NFL history, the underwhelming QB has finished with an average ranking of #19 in QBR. In the Ravens defense (more on that unit in the climax of this piece), they offered him a modest $17 million per year before he went on his historic playoff run. Flacco rightfully decided to bet on himself and ultimately won out. But, simply put, his mega deal is not working out for a team that consistently spends up to the brim in cap space.

JV Flacco has exposed himself in these past few years after his first Super Bowl victory. He is not a leader. He is not a franchise lifter. He is not a once in a lifetime quarterback. He is simply a smooth operator when everything around him is going well. He will do enough to put you in position, but not enough to put you over the top. Which leads me to the biggest issue the Ravens need to address heading into the new league year.

Surely, Flacco makes the most money so he should be the one performing the heroics to get the franchise over the top. But, the Ravens know he won’t. The players know he won’t. And Flacco knows he won’t. He was led by strong defensive leadership when he was at his most successful, and he clearly needs that going forward (especially if the Ravens continue to fail to bring in a young, top-notch receiver he can finish out his career with.)

That is where the Ravens biggest problem comes into play. To be successful and finally make a return to the playoffs in 2018, the Baltimore Ravens defensive unit needs to find a way to close out games in the fourth quarter.

Fourth and 12 will forever live in the minds of Ravens fans around the country. So will Antonio Brown’s final stretch over the goal line. There were also previous situations in the playoffs where the Ravens gave up big plays that led to their ultimate demise.

As their franchise quarterback has proven time and time again, he will get you to the precipice of victory, but he needs his brother unit to finish out the game for him if this franchise has any chance of returning to form. That includes keeping the secondary healthy, that includes bringing in more leadership and that includes accountability coming from the defensive coordinator.

We know what the Ravens are at this point. The formula hasn’t changed since 2012, and it doesn’t look to be any different in 2018. The most vital position for this franchise going forward does not even take the field. For the Baltimore Ravens to be successful in 2018, the defensive coordinator is going to have to infuse a clutch gene in his unit that was not previously there. That is what has been the difference between this franchise making the playoffs and sitting at home the past few years.