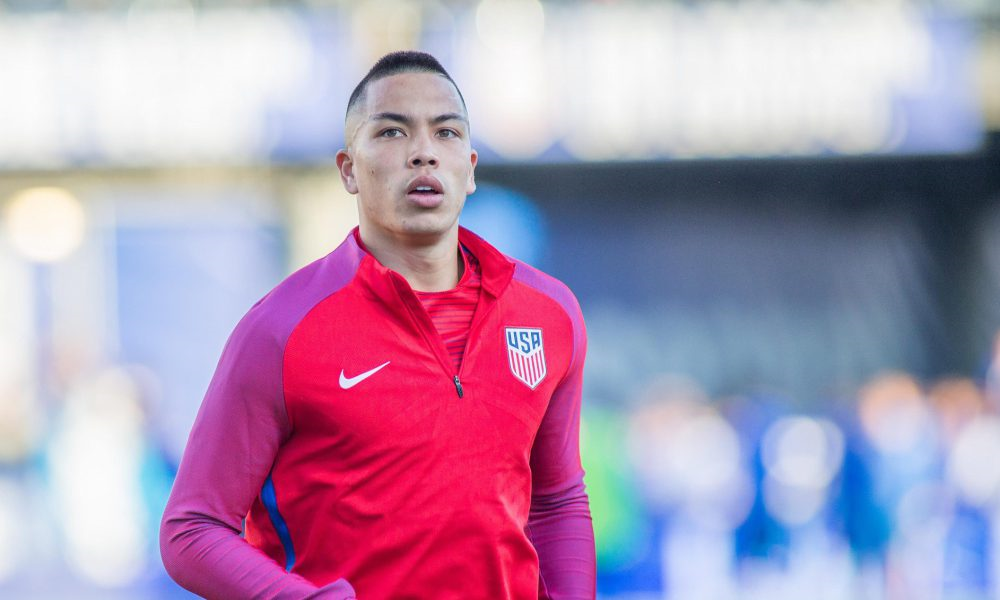 USA and Hannover 96 striker, Bobby Wood, currently on loan from Hamburger SV, caught up with FOX Sports Radio 96.9 FM/1340 AM’s Dean Perretta for an exclusive interview to discuss Die Roten’s current 2018/2019 Bundesliga season, as well as the overall expectations and ambitions at Hannover 96 this season.

Wood, 25, who has scored 12 goals in 41 international games for the United States Men’s National Team, anticipates the current campaign with great optimism after experiencing relegation from the Bundesliga with Hamburger SV last season.

The 25-year-old Hawaii-born forward, who has previously played for 1860 Munich and Union Berlin, has scored twice in five games for USMNT in 2018 under current interim Head Coach, Dave Sarachan.

Dean Perretta: Firstly Bobby, what are the main goals and expectations for Hannover 96 this season?

Bobby Wood: First, we have a big goal – and that’s the league. We want to make that clear as soon as possible. Hannover has made a very good step last year as a climber. I hope we can take another step forward.

Dean Perretta: What are your personal goals for this season?

Bobby Wood: I’m a striker and I just want to score as many goals as possible. I want to help the team as much as possible. As we play even better football, be more consistent and even more effective, simply grow as a team. If we can do that, we’ll take steps forward.

Dean Perretta How would you describe the game inside the HDI Arena from a player perspective?

Bobby Wood: I’ve only experienced a home game here so far. That was a Friday evening game under floodlights against Borussia Dortmund. The atmosphere was great. It was a great feeling to be in the stadium.

Dean Perretta: How would you describe the passion of Die Roten Supporters?

Bobby Wood: Again, the home game against Dortmund is a good example. The whole stadium supported us a lot over 90 minutes. That already pushes on the place!

At the end, we played “only” 0-0, but people still applauded after the final whistle because they recognized our performance and our fight against one of the top teams from the Bundesliga. That was a nice sign for us.

Dean Perretta: Finally Bobby, how has life been for you since your arrival in Hannover?

Bobby Wood: I have to admit that I have not seen so much of Hannover yet. During the preparation, we are on the training ground a lot and happy to be able to relax at home then.

And now the international travel is behind me, I was not here for more than a week. Hannover is a beautiful city, very green. I appreciate the calm here. Even in the club you have this peace and focus on the essentials. I like it very much!