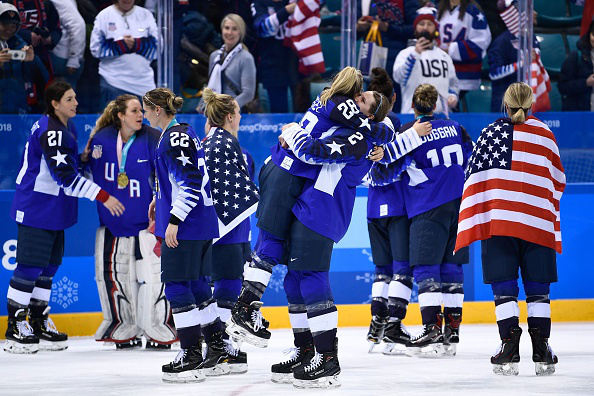 Women’s sports and women’s hockey have been overlooked by the masses, despite having overwhelming success in the grandest of stages, especially in the United States.

From the Olympics, to World Cups and college sports, there have been many great female athletes that have been ignored in favor of their male counterparts. Despite that, American women have risen above and have been successful in both soccer and hockey.

Just in February, the United States national women’s hockey team won gold for the first time since 1998. They also won silver in 2018. The growth of women’s hockey hasn’t just been on the international level. It has also been in the US itself, with the advent of the National Women’s Hockey League in 2015. The league was also the first U.S. hockey league to pay its players, as well as securing television deals.

To discuss the sport and its growth is Catherine Bogart, who is a multimedia journalist based in the Boston area:

I’m Catherine Bogart, a sports reporter and multimedia journalist focusing mainly in video content. I currently cover college hockey, specifically the Hockey East Association. Growing up I was a big athlete playing about 3-4 sports a year. After getting injured in high school I decided to take a step back from playing sports when I got to college. To fuel the sports side of me that I love I started studying journalism with a focus in in sports.

After college I was hired by USA Hockey as their Internet Content and Development Coordinator. I was able to travel around the world with different USA Hockey teams to a variety of events and tournaments including every IIHF major World Championship. I moved to Boston this summer to cover college hockey and currently work for the Hockey East conference with their video content and I am the rinkside reporter for the BU Terrier’s Men’s Ice Hockey team. I first got into hockey rooting for the Bruins and Team USA at the Olympics.

Kyle Andrews: In America, hockey is a budding sport for many people around the country. Despite the women’s team being gold medalists, why isn’t women’s hockey being talked about more?

Catherine Bogart: It has been hard for me to put into words why the women’s team wasn’t talked about more in our sports world until I read this tweet by Natalie Weiner.

the mainstream coverage of women's sports is almost exclusively centered on firsts and boundary breaking, which reinforces the idea that women's success in sports is the exception, not the rule

I think it sums up the reason pretty well. I think the continued coverage only on those amazing moments limits the exposure women’s sports will ever receive in this country. Storytelling is one of the pillars of sports journalism and how can you truly tell a story if you focus only on the ending? Until news organizations and networks start telling the whole story and giving women’s sports more coverage from start to finish, we will forever be focused on a short-term window of exposure.

KA: The a good chunk of the roster plays hockey for their respective college clubs. However, there are currently 11 players on the U.S. Women’s National Team that are professional hockey players. How important is that professional representation for the women’s hockey game?

CB: The U.S. team was built with a lot of recent college graduates or professional players which is a huge benefit in itself. These players were able to mentor the younger players on the team as well as players within the US development structure that weren’t on the Olympic roster. Also, these players have an unbelievable amount of experience and were able to help lead USA to their gold medal.

USA had a strong core of veterans on the Olympic roster which not only will help their teammates on the ice, but help inspire new and current players to keep chasing their dreams of playing at the Olympics. The US squad has always spent a lot of time outside of their games and practices working with local communities and youth hockey to grow the game. As important as the veteran’s on-ice contributions were, their off-ice dedication over the past decade to growing the game is another aspect they should be commended for.

KA: Recently, the NWHL secured deals with ESPN, NESN, Twitter and other networks to stream games. There are four teams in the NWHL. Do you see the league expanding soon?

Hopefully with more exposure, the fans that loved the Olympics will be able to continue to support and watch the same high level of hockey we saw in PyeongChang. There is a lot of great women’s hockey played in the four years between the Olympics whether it’s on the international level or in the NWHL or CWHL. Hopefully with more coverage, the women’s game will continue to grow. I’ve heard rumors that the league wanted to expand but I’m not sure when or to where that will happen. 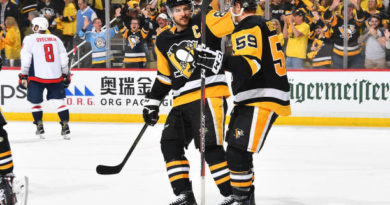 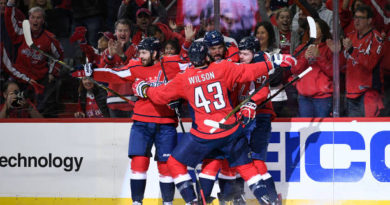 Caps finally hold a lead at home; tie series at 1-1 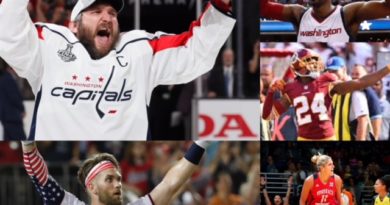 D.C. Sports: Whose City is it Really?