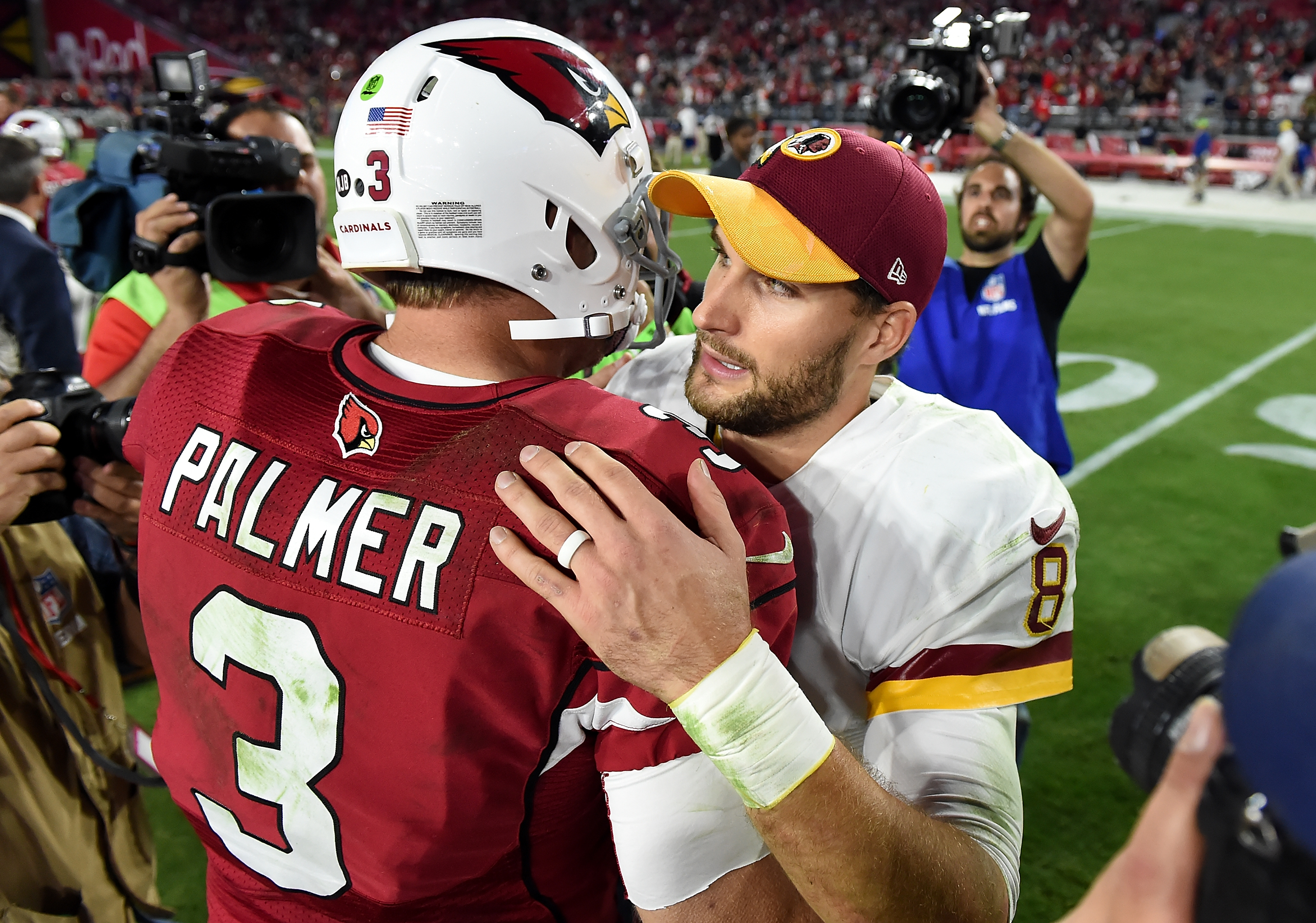 Kirk Cousins leads a long list of NFL quarterbacks that will be on the move once free agency begins.

The 2018 NFL offseason will be one of the more polarizing in recent memory, especially for those in the market for a franchise quarterback.

There is a long list of NFL veterans set to hit the free-agent market, as well as a strong crop of prospects set to enter the 2018 NFL Draft. Some teams already have their quarterback of the present and future set in stone. Others will be looking for stop gaps for rookie quarterbacks. Some might miss out on their guy all together. The landscape as we know it is about to change for several NFL teams.

Here we will predict the starting quarterback for every NFL team when the 2018 season opens in September:

With Kirk Cousins officially set to be a free agent come March 14, he will be the prize of the offseason. More on where he will land up in just a minute. The Skins trading for Alex Smith is the only change in this division, but keep an eye out on the Eagles. Wentz is the future of the franchise and the hope is he’ll be ready for Week 1. If he is healthy, expect the Eagles to trade Super Bowl MVP Nick Foles, but for the sake of this article, he stays in Philly.

The Vikings find themselves in a peculiar situation. They have three quality quarterbacks set to hit free agency, two of which are former first-round picks. With that said, they opt for Bridgewater, who they invested their own first-round pick in 2014, for a salary much smaller than his former teammates will be asking for on the open market.

One of the few divisions with the quarterback situation set in stone for every organization. Brees will be a free agent when the new league year begins, but everyone in the NFL circle expects him to re-sign with the Saints.

The Niners were expected to be a player in free agency this offseason, but they made the bold move to acquire Garoppolo and gave him a heft contract as well. Bruce Arians and the Cardinals will have their choice as to takes over the reigns, and land the ultimate prize in Cousins. Pairing Cousins with David Johnson would give Arizona an offense that would tough to stop, even if Larry Fitzgerald is his teammate for only one season.

Brady and the Patriots have dominated this division for over a decade and that will not change with all three teams in the division in search of franchise quarterbacks. Miami will go at least one more year with Tannehill, but each land rookie quarterbacks to pair with the veterans above. My predictions on which rookies land where in this division: Josh Allen to the Jets, Baker Mayfield to the Dolphins and Lamar Jackson with Bills.

Hue Jackson reuniting with McCarron is a move that makes sense for all parties. McCarron is looking for a chance to prove he can be a starter. The two know each other from their days in Cincy, and if McCarron isn’t the answer, the Browns can turn to whatever rookie quarterback (Sam Darnold) they take in the draft.

The AFC South has youngsters who will lead their respective clubs, but each has their own set of issues. Jacksonville, the only team in the division who likely would have made a change, decided who will be their signal caller in 2018 when they gave Bortles a three-year, $54 million deal earlier in the offseason. Luck, 29, is the oldest in the division, but there is a cloud of uncertainty around the status of his injured shoulder. Watson is coming off a gruesome knee injury and Mariota has battled injuries of his own in his short NFL career.

Rivers and Carr are back as their team’s starters, while Mahomes takes over in KC after the Chiefs traded Alex Smith to Washington. Denver has the fifth pick in this year’s draft and should have their choice on the quarterback of the future. That’s why it makes sense of the recent rumblings that Case Keenum could head to Denver in a situation similar to what we saw from the Bears with Mike Glennon, as they groom Josh Rosen to be their next John Elway.

Make sure to check out my colleague Eric Robinson’s 2018 first round mock draft.