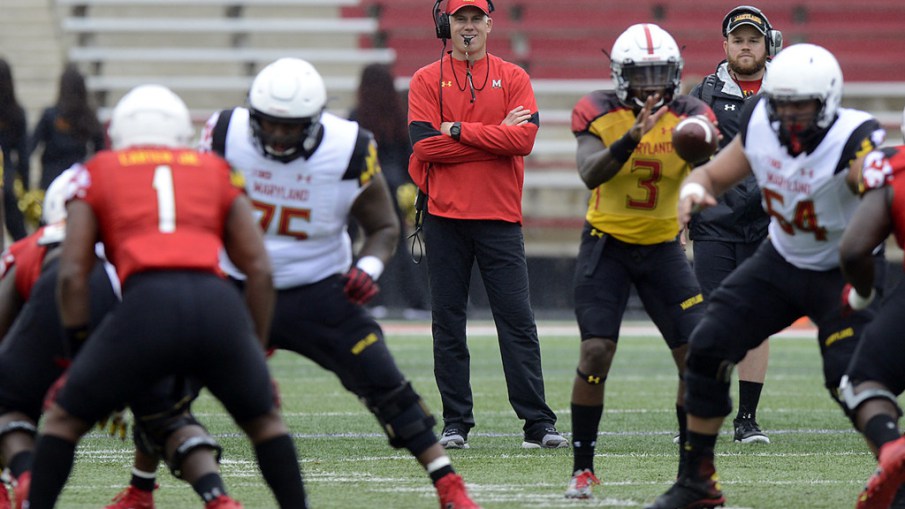 It feels like every other month now that we’re hearing of a new scandal involving NCAA athletics. For the most part we get the explanation that the school will conduct a “third-party” investigation resulting in a few fall-men losing their jobs, and business goes on as usual.

Except there in lies the issue; with the NCAA it’s all about business, as in the dollar sign.

Everyone knows the scene in “He Got Game” when Jesus Shuttlesworth was taking his official visits before deciding where to attend college. The Louisville basketball program took that scene to an entirely new level; when it was revealed Director of Basketball Operations Andre McGee paid thousands of dollars to Katina Powell to dance and have sex with not only recruits, but players already on the team. Powell revealed this information in her book titled “Breaking Cardinal Rules: Basketball and the Escort Queen;” in the book she states the transactions took place from December 2010-June 2014. McGee was subsequently fired and the program was forced to forfeit 123 wins; including a 2012 Final Four appearance and 2013 National Championship.

Out of all of the scandals over the past decade, this may very well take the cake for the messiest. Former Baylor football players Tevin Elliott, Sam Ukwuachu, and Shawn Oakman were all allowed to remain on the team after performing acts of sexual assault; in separate incidents. Elliott and Ukwuachu were eventually convicted of their charges; Oakman’s trial has yet to be completed. The first allegation was made public in January 2016.

In May 2016 the Waco Police Department was accused of hiding the allegations made against the Baylor football players. It was also at this time that it was revealed head coach Art Briles was made aware of at least one assault and took no action. Eight days later the school’s law firm, Pepper Hamilton LLP, released the report of their findings. That same day Briles was “suspended with the intent to terminate when legally able to do so.” In further aftermath school president Ken Starr and athletic director Ian McCaw were forced to resign.

In September 2017 the corruption was so bad in college basketball that the FBI began to get involved. The corruption and fraud charges included bribery, money laundering, and wire fraud. Ten individuals were arrested as a result of the investigation, including multiple Division I assistant coaches and an Adidas executive. The discovery of corruption stemmed from an investigation of Pittsburgh-based financial planner Marty Blazer by the SEC. In 2016, the SEC charged Blazer with wire fraud and embezzling over $2 million from several professional athletes. As part of a plea agreement he agreed to become an FBI informant.

Louisville head coach Rick Pitino was on tap to be suspended for the first five ACC games of the 2017-2018 season, as a result of the 2015 scandal; however he was terminated after the allegedly paying money to a player in exchange for his commitment to play at Louisville. Pitino has vehemetly denied the allegations.

Since the beginning of the investigation, 25 schools have been named as participants, with no schools or players admitting to any wrongdoing to date.

Former Ohio State assistant coach Zach Smith was accused of domestic violence against his wife Courtney in 2015. These allegations were brought to life in July 2018. When asked if he was aware of the situation when it first occurred in 2015, head coach Urban Meyer denied having any knowledge. In turn, Smith’s wife released screenshots of text messages of not only Smith admitting to the abuse but also; Meyer’s wife acknowledging that she would be telling the head coach everything that happened. Meyer later admitted to knowing about the incident and apologized for lying when he was first asked.

This isn’t Meyer’s first time losing control of the people he is charge of. During his tenure at Florida, it was widely publicized how undisciplined his players were; and how Meyer did little-to-nothing to enforce any type of punishment. Smith was also accused of assaulting his wife while on Meyer’s staff at Florida in 2009. At that time Meyer and his wife “counseled” the Smith couple and convinced Courtney to not press charges.

Meyer is currently on administrative leave at Ohio State as he awaits the result of the investigation into his handling of the domestic violence allegations.

The latest NCAA scandal to be brought to light is easily the most heartbreaking and devastating. Hopefully this is the one that breaks the camel back; it’s just a shame a 19-year old kid had to lose his life to bring exposure to the toxic environment surrounding the Maryland Terrapins football program. From throwing weights at student-athletes to forcing players to eat until they literally vomit; the Maryland football coaching staff has been nothing less than careless, reckless, and abusive.

None of the abuse taking place in College Park would have been brought to light if it weren’t for the untimely death of Maryland sophomore offensive lineman Jordan McNair. McNair passed away on June 13th; two weeks after being hospitalized from suffering a heat stroke. McNair and other lineman had just finished running 110-yard sprints when he collapsed. There was an one-hour time gap between when McNair began showing physical distress and when the 911 call was made.

A current player at UMD said Jordan kept running despite his struggles because he knew if he stopped his manhood would be challenge and he would be targeted by the coaching staff; specifically head coach DJ Durkin and head strength and conditioning coach Rick Court.

Durkin made Court one of his first hires after taking over at Maryland in 2016; he also falls from the Urban Meyer coaching tree. Take from that what you choose.

These five situations have all happened in less than a three year span; and I didn’t even go back and touch the Penn State scandal. According the NCAA, there just isn’t enough money to pay the student-athletes; maybe they should look into seeing if there’s enough money to incorporate a system in which each conference has someone in charge of overseeing that schools and programs are run with integrity. Otherwise, we’re getting to a point where it’s time for NCAA President Mark Emmert to be held accountable for not having control over his billion dollar business.