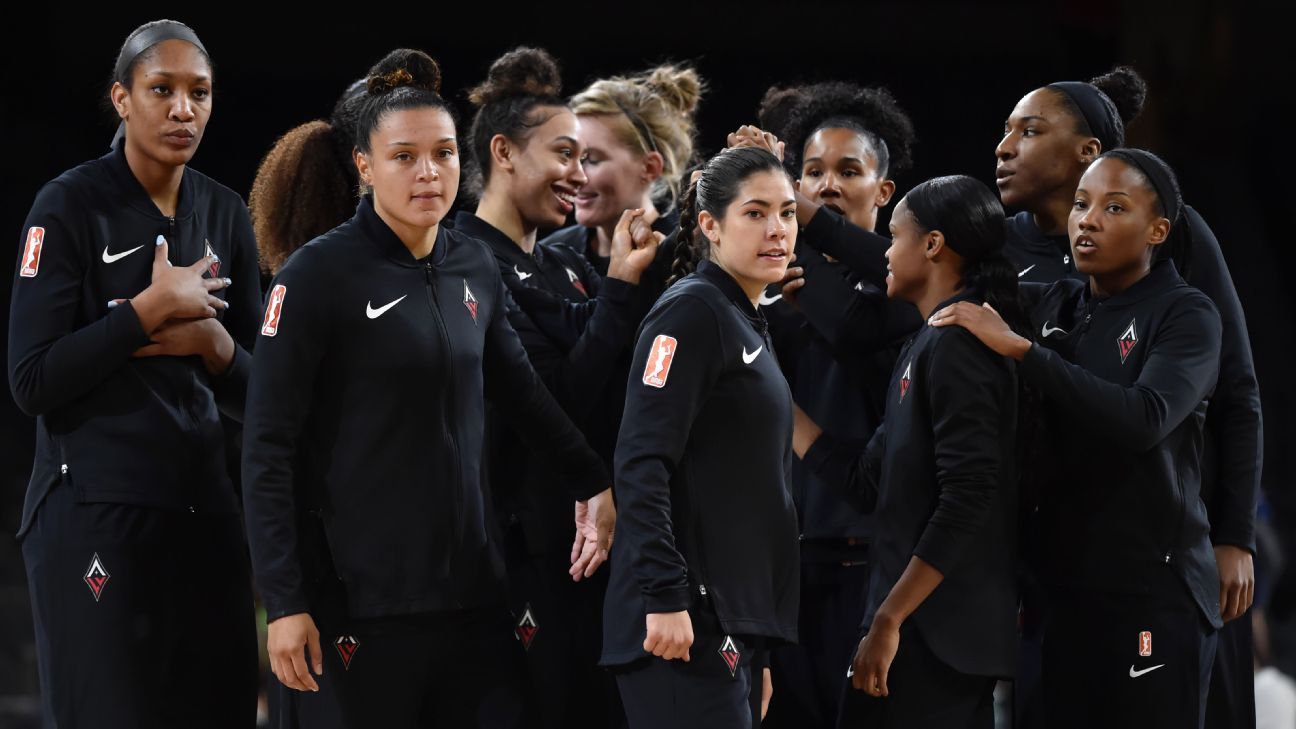 Welcome to the first edition of “Fired Up Fridays.” This is a series in which every Friday I will take the time to share what in the sports world got me the most “Fired Up” over the past seven days.

At every turn the NBA as a whole, players and executives alike, voice and show their support for the WNBA; now it’s time for them to put their money where their mouth is.

Last Friday the Las Vegas Aces were scheduled to face the Washington Mystics at Capital One Arena at 7:00pm. The Aces’ initially tried to fly out of Vegas directly to Washington around 1:13pm Thursday afternoon. The flight was delayed until 10:00pm, at which time the flight was completely cancelled. Moving on to plan b, the Aces flew in to Dallas where they landed at 5:00am Friday morning. Once in Dallas, the team was informed that there was not a direct flight to Washington that could accommodate the whole team; in turn they were forced to take three separate flights before making it to D.C. at 4:00pm, three hours before the originally scheduled tip-off time.

No shoot around. No night of sleep. No beds. No food. Right now we will land in DC at 245pm that has us going straight to the gym bc of traffic and bags…and you want us to play? Oh ok.

I’m really disappointed that the Las Vegas players and organization didn’t come to compete…if you’re there and in the city and can play, you should show up and play.

Both teams went on to play their scheduled road games on Sunday afternoon and it wasn’t until Tuesday morning that the WNBA announced the final resolution to the cancelled game.

The WNBA has issued the following release: pic.twitter.com/YumtTwHZvt

While rescheduling the game was deemed not possible due to the remaining schedule of both teams, the WNBA decided to add a loss to the Aces’ record in lieu of ruling the game a no-contest; a result that wouldn’t affect either teams’ record. With less than two weeks remaining in the regular season, the current playoff race in the WNBA is the tightest we have seen in all of professional sports in years. So much so that a single win or loss can change your place in the standings by four seeds on any given night.

With that said, the Aces receiving a loss, for a game in which it would have been a safety concern for them to participate in, only added to their uphill battle for a playoff spot; as they are currently the ninth-seed in a league where the top-eight make the post-season.

The WNBA did not handle this situation perfectly in any shape, form, or fashion; but this whole situation could have been avoided if their teams weren’t forced to fly commercial. You’ve never heard of such an issue in the NBA have you?

Back in the mid-2000’s, then NBA commissioner and WNBA founder David Stern began to spend around $10 million/year to keep the WNBA financially afloat, that money came directly from the NBA’s revenue. At the time the WNBA was losing nearly two million dollars per year.

Since 2010 however, the WNBA has begun to increase their revenue and finances every year; mainly through sponsorships with major corporations such as Boost Mobile, Verizon, Nike, and Pepsi. Over half of the 12 teams also have their own sponsorships with companies, an act that is reflected by the team wearing the respective logo on their jerseys.

None of the numbers compare to the $7.37 billion the NBA reported in revenue at the end of the 2016-2017 season. With multi-million dollar deals with Nike, ESPN, and other sponsors; the NBA is doing better than well off in the financial category. Recently, the NBA signed a deal with MGM Resorts allowing the company to become the league first sports betting partner as well as use their names, logos, and data streams; a $25 million deal.

Current NBA commissioner, Adam Silver is widely regarded as the best commissioner in all of sports, and rightfully so. His handling of former Los Angeles Clippers owner Donald Sterling, as well as his continuous push in allowing players to speak freely in the realms of politics and social injustice, are just a couple of reasons Silver is spoken of in such a high manner.

A business man in his own right, Silver stated that the league hasn’t capitalized on its success as much as it should have and that’s the reason he hasn’t paid it much attention as of late.

As much as we’ve done in lending the league our name, the people who have been in the sports business for a long time, and I’m one of them, historically underestimated the marketing it takes to launch a new property.

The need to market the league — as the best women’s basketball in the world with deeper talent than ever — is recognized by players.

While the league’s popularity certainly took a dive from averaging over 10,000 people a night in attendance in the late 90’s; the current state of the league is growing day by day. Attendance numbers have grown over the past three seasons, viewership ratings have increased every season; and most importantly, people are talking about the league. Whether it’s an internet troll expressing their dislike with the league or the numerous fans, males and females alike, expressing their excitement; the WNBA is a constant topic of discussion in 2018.

The WNBA Players’ Association can opt out of their current Collective Bargaining Agreement this October. Currently there is nothing in the agreement that speaks on teams’ transportation. Opting out this fall will allow the players an opportunity to fight for charter transportation, a luxury the NBA has enjoyed since the 1980’s.

Regardless of how the CBA resolves itself this off-season, the NBA has plenty of money to lend a hand to their “partners” in order to make sure that they are treated with the same benefits as any male professional athlete would.