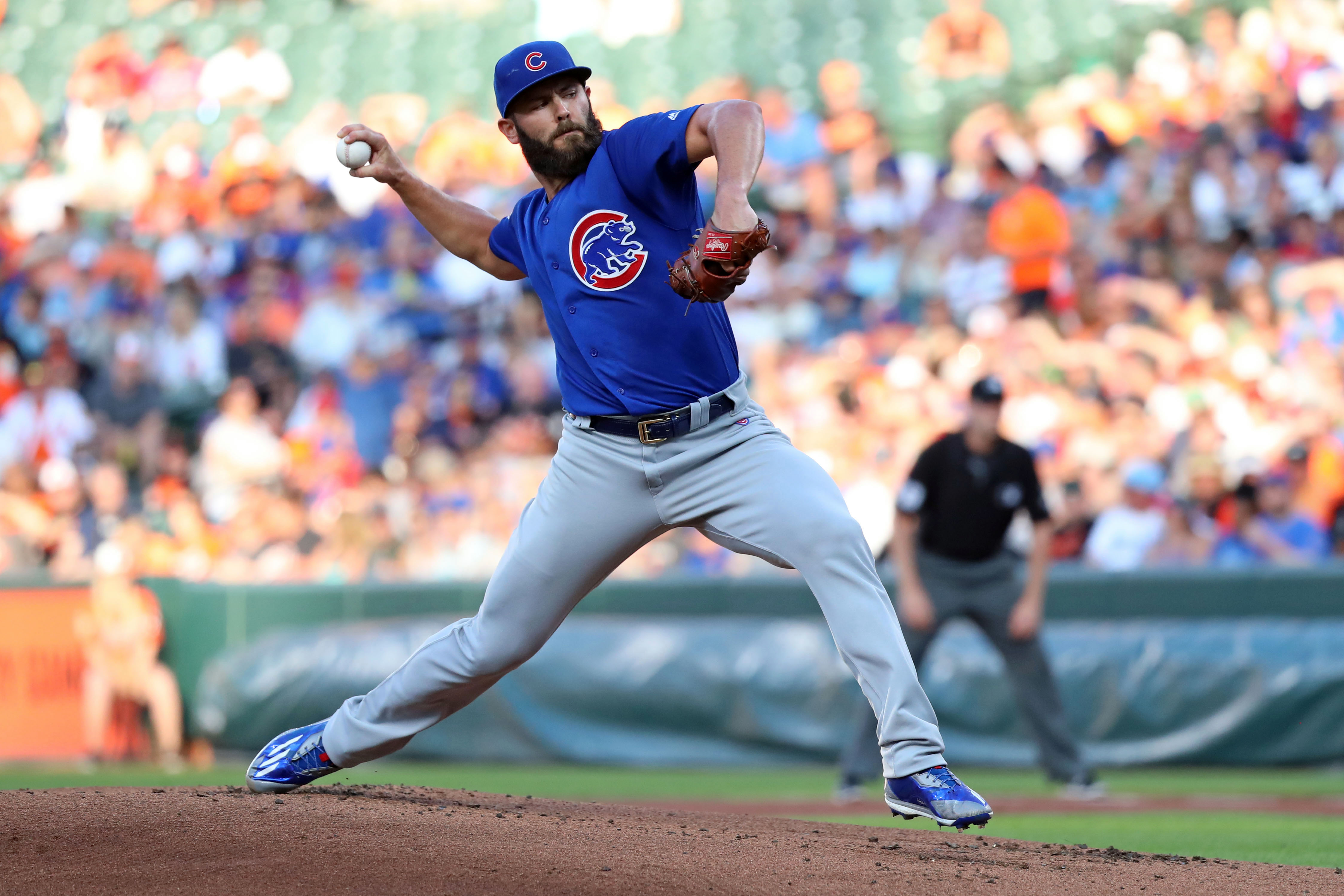 Many Baltimore Orioles fans had Saturday’s matchup with the Chicago Cubs circled on their calendars. It was the game that former Orioles starting pitcher and 2015 NL Cy Young Award winner Jake Arrieta would return to pitch in Camden Yards.

BALTIMORE, Md.– The defending World Champion Cubs came to play on Saturday night. Baltimore struggled however, and they would lose in 10-3 game.

Orioles starting pitcher Wade Miley struggled against the Cubs, giving up seven runs on nine hits and four walks striking out four in just 4.2 innings of work. Miley had a few good innings, but things seemed to get tricky later on with a few oddly placed pitches.

“As crazy as it sounds, the numbers looked terrible, but I felt more like my last start than the previous ones prior to that,’’ Miley said on Saturday night after the game. “I’ve just got to get back in the bullpen and continue to work. In the fifth inning, I got the double-play ball and it kind of snowballed. I kind of did the same thing in the fourth. I was able to manage it. Falling behind with two outs is just not staying aggressive.”

On the other hand, Arrieta looked masterful for the Cubs. The 2007 Orioles fifth round draft pick went 6 2/3 innings, allowing two runs and four hits. In Baltimore, Arrieta held a 20-25 record with a 5.46 ERA before becoming one of the game’s elite pitchers, once being traded to Chicago.

Since joining the Cubs, Arrieta has had a 63-28 record and 2.76 ERA average. During his 2015 Cy Young campaign, Arrieta went 22-6 and sported a 1.77 ERA. His 22 win season led the Majors. In addition, he led with four complete games and three shutouts.

Despite being traded by Baltimore in 2013, Arrieta feels no ill will towards his former ball club. He even praised the 40,258 fans that showed up to the game.

“Playing here in Camden Yards, it’s one of the most beautiful parks in all of baseball, and it was just really cool…It really was,’’ Arrieta said. “The fans were gracious. Some chirping in the bullpen before the game, which I expect. But, all in all, it was a great experience.

“I was fortunate enough to be able to play here for a few years. Now I’ve moved on to this phase of my career. But, you know, I wouldn’t trade the years I was here for anything. It was an enjoyable experience. I learned a lot, and I’m able to be the player I am today because of what I went through while I was in the organization.”

The Orioles will play against the Cubs at Camden Yards on Sunday at 1:35 PM. The newly acquired Cubs starting pitcher Jose Quintana will battle against Ubaldo Jimenez.