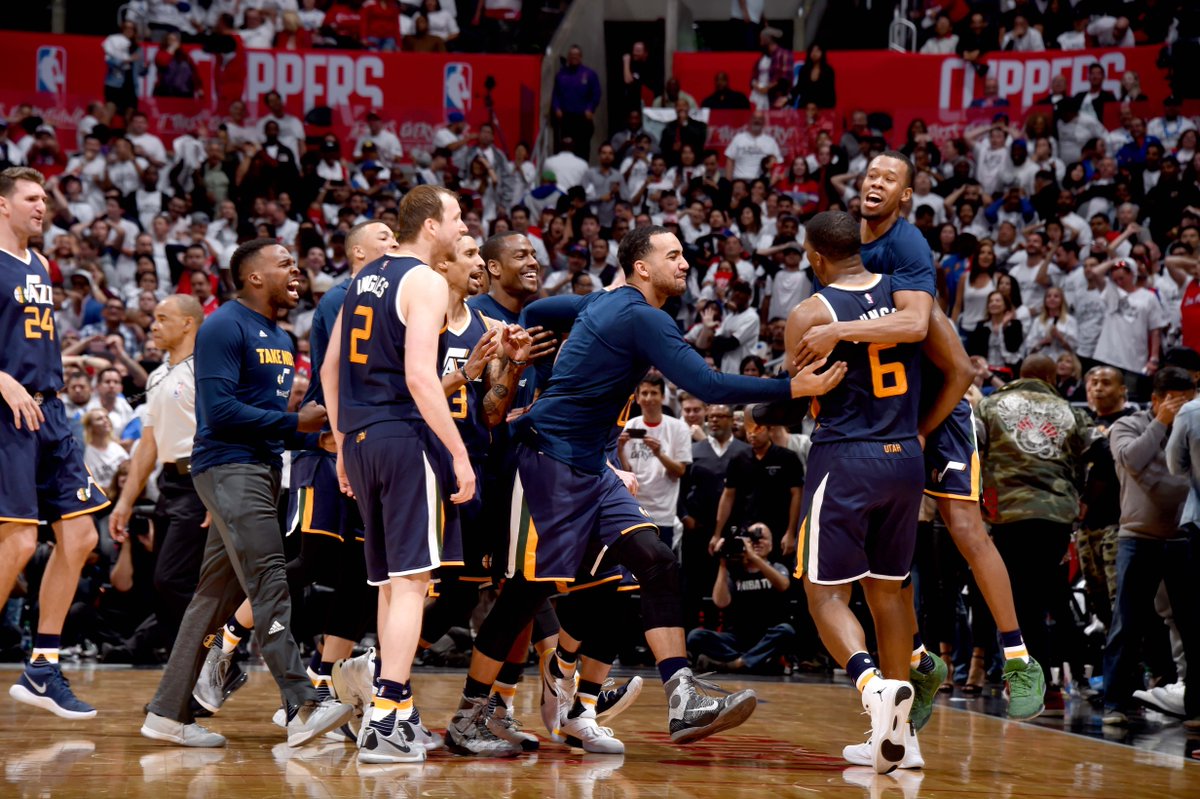 After a thoroughly entertaining day of the NBA Playoffs, the last game feature two stiffening teams. The Utah Jazz edged out the Los Angeles Clippers 97-95 in a riveting matchup. This game was a game of runs, a lot of back and forth momentum between two quality teams. Gordon Hayward was the key catalyst running the show and adding 19 points with 10 rebounds. Meanwhile, Chris Paul was the star of the Clippers scoring 25 points and adding 11 assists with 6 rebounds.

Blake Griffin had great numbers in the box score with 26 points and 7 boards but flamed out in the end. Too often when Paul needs Griffin to step up he comes up small in the fourth quarters. And with Jazz center Rudy Gobert suffering a left knee injury early in the first quarter, they would look to their bench. Utah would finish with 47 bench points led by Joe Johnson‘s 21 and Derrick Favors 15.

Like most NBA Playoff games, this game would come down to execution in the waning moments. Paul would do most of the scoring for the Clippers to try to get them over the hump. While Paul was great for most of this game, he couldn’t find much help. On the other hand, Johnson would carry the load down the stretch for the Jazz. He has lead the NBA in the last ten years with 8 buzzer beaters, and was ready to show the world his clutch shot-making.