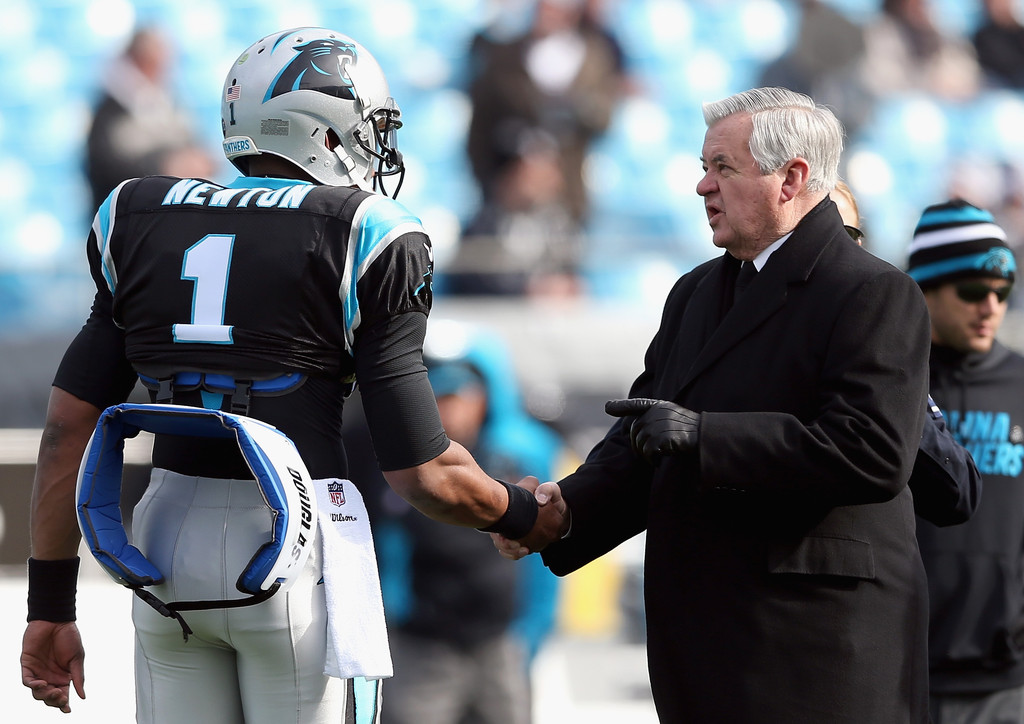 Carolina Panthers Owner, Jerry Richardson, issued a statement yesterday. However, as vague as it was, he was better off saying nothing at all.

CHARLOTTE — Many teams’ owners made statements in response to President Donald Trump’s comments over the weekend. However, if you read the message from Jerry Richardson you wouldn’t have a clue what it was about.

It read more like a mission statement and had an ambiguous ending.

“Politizing the game is damaging,” Richardson said. “And takes the focus off the greatness of the game itself and those who play it.”

The problem is no one knows if Richardson is referring to the president, or if he’s talking about the players who are protesting. On Sunday, the Panthers didn’t participate in any protest with the exception of Julius Peppers. In the locker room, many of them seemed agitated answering questions about the protests. It’s worth mentioning, they did lose to the Saints in an embarrassing way. Nevertheless, on a day where league-wide: players, coaches, and owners came together and displayed unity in some way. The Panthers did nothing which is their first amendment right.

However, the question did some players actually want to do something but was fearful. Yes, according to Captian Munnerlyn. He went on the Garcia and Bailey sports talk show on WFNZ in Charlotte on Tuesday morning and spoke about everything.

“We didn’t do much as a team. I think a lot of people were disappointed in that,” Munnerlyn said. In addition, he mentioned that the team wanted to “do more,” but recognized North Carolina is a “military state” so there was a lot of uncertainty.

He added, “At the same time, I think a lot of people were scared on our team.”

Munnerlyn continued to express that he understands that people didn’t want to “piss” off the wrong people. However, he wanted to remind those people that it’s about “our freedom.”

Yesterday, Joe Person of the Charlotte Observer reported that team captains and a few other players met with Jerry Richardson.  Panthers confirmed this when their spokesperson, Steven Drummond, issued a statement yesterday.

“Mr. Richardson invited captains and other team leaders to his home this afternoon, as he often does,” he said. “They discussed social issued affecting the league and solution moving forward. As always, the conversations between Mr. Richardson and the players will remain private.”

The Panthers will practice today and tomorrow in Charlotte before heading off to New England to face the Patriots on Sunday at 1 p.m.