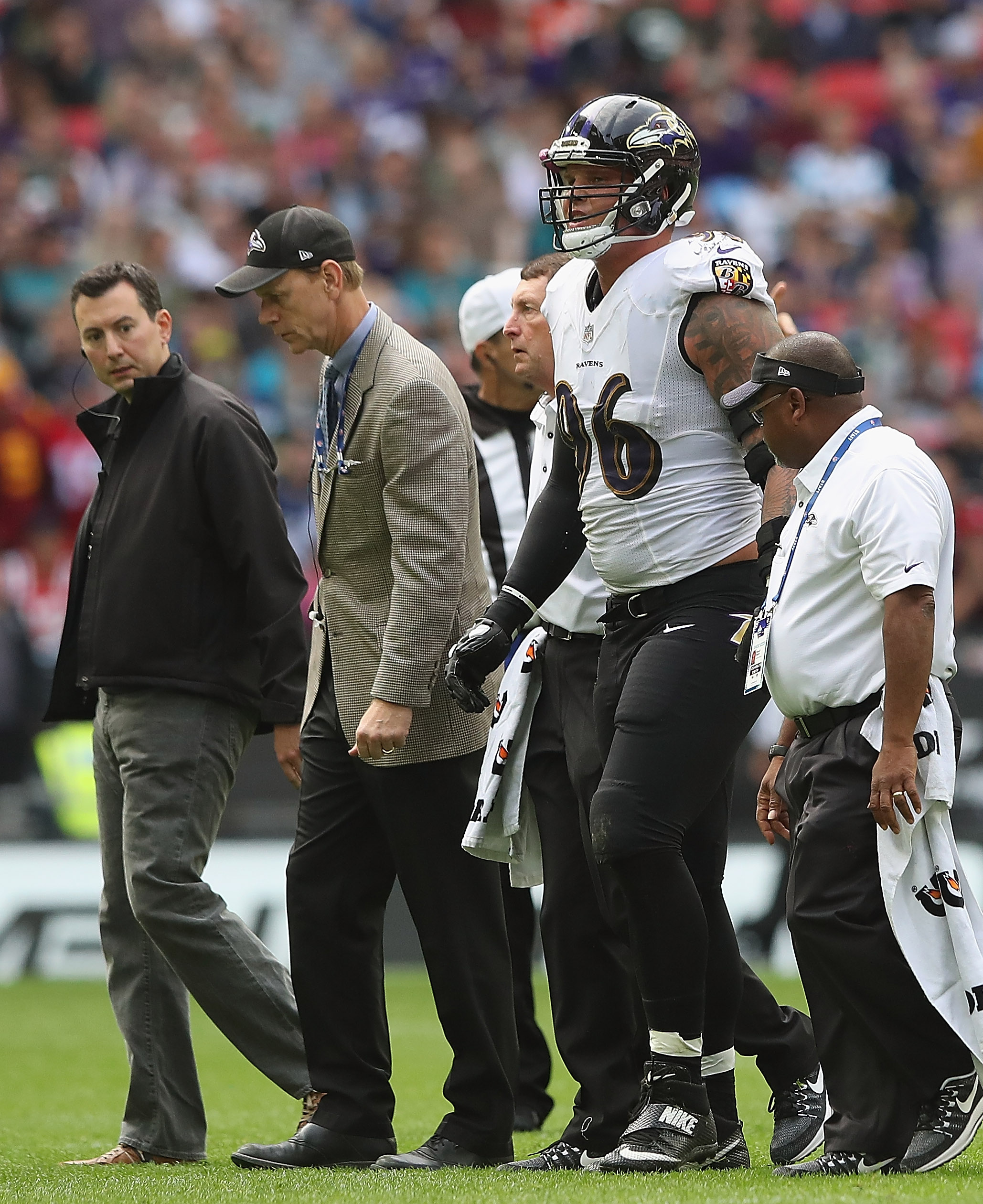 The Baltimore Ravens will go into their matchup against the Pittsburgh Steelers without the help of their starting defensive end.

OWINGS MILLS — Brent Urban will most likely be placed on the injured reserve in the near future because of a Lisfranc injury. Urban suffered the injury against the Jacksonville Jaguars in Baltimore’s 44-7 loss. Head coach John Harbaugh described the injury as a “long-term” one.

Baltimore already has 15 other players on the injured reserve including Nico Siragusa, Alex Lewis, Danny Woodhead and Marshal Yanda. The Ravens have been completely obliterated by the injury bug to say the least.

Urban was a third-round pick for Baltimore in the 2014 NFL Draft out of the University of Virgina. Before starting in all three games this season, Urban battled through injuries. In his rookie season, Urban tore his ACL and in his second season, he tore his biceps.

This year, Urban had four tackles in three starts. He has played in 25 games through the course of career, totaling 25 tackles and 3.0 tackles.

Who Will Replace Urban

Kaufusi was 3rd round pick in the 2016 NFL Draft, hailing from Brigham Young University. When in college, he totaled 175 tackles (43.5 for a loss), 25.5 sacks and two interceptions through four years. After being drafted, he broke his ankle before his rookie season, missing the entire year.

Before being drafted, Kaufusi showed that his high motor would be carried over into the NFL. His father was his coach and he was extremely honest about his game. His pad level is usually low and he will get leverage.

He has thin legs for a defensive lineman in the NFL. That can be worked on. His explosiveness isn’t really impressive and gets pushed back often.