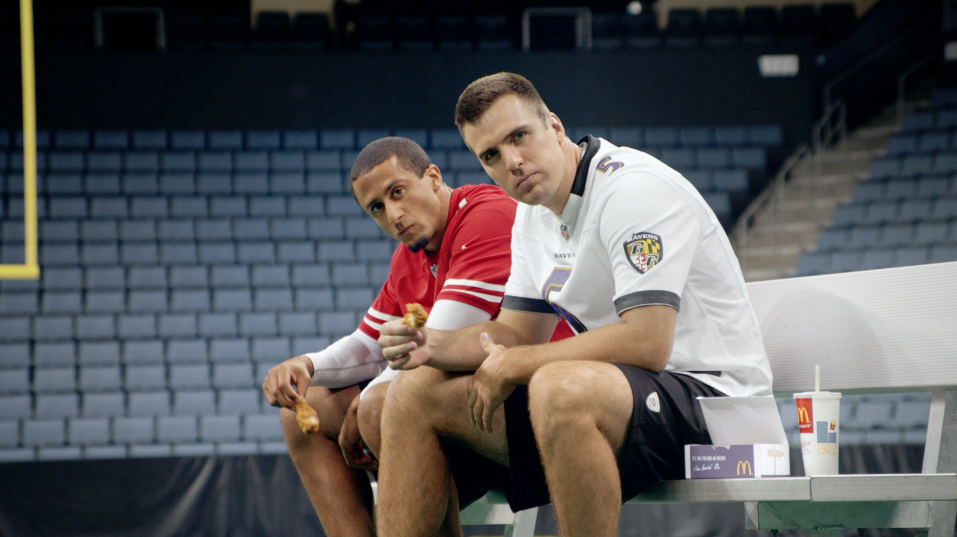 The Baltimore Ravens have been in the midst of an internal debate on whether or not to bring one of the most polarizing figures in sports in as their backup quarterback.

OWINGS MILLS, Md. — Baltimore has been a place where NFL players who have had controversy, have come to re-establish their careers. One such player who has been in the spotlight has been free-agent quarterback Colin Kaepernick.

One such player that believes in Kaepernick is Baltimore Ravens quarterback Joe Flacco. Flacco went down with a back injury earlier in the week and there have been internal discussions as to whether Baltimore should bring in Kaepernick as a backup. He just stopped at an endorsement of Kaepernick to sign with Baltimore.

The two were a part of a McDonald’s Super Bowl commercial together in 2013. Flacco being the competitor that he is, doesn’t want Kaepernick to come in for his starting position. However, he does believe that Baltimore would be a good fit.

“He’s a really good football player,” [John] Harbaugh said on Thursday, per Hensley. “I believe he’s a really good person. It all depends on a lot of things. It depends on Colin first of all and what’s his passion, what’s his priority, what’s he want to do, what kind of shape he’s in. So we’ll just see where it goes. I don’t think it’s different for us than any other team.”

John isn’t the only tie to the team that Kaepernick has. His former offensive coordinator in San Francisco, Greg Roman, is now the senior offensive assistant and tight ends coach with the Ravens. It is surely a possibility that Kaepernick could be added to Baltimore’s roster and shouldn’t be ruled out.