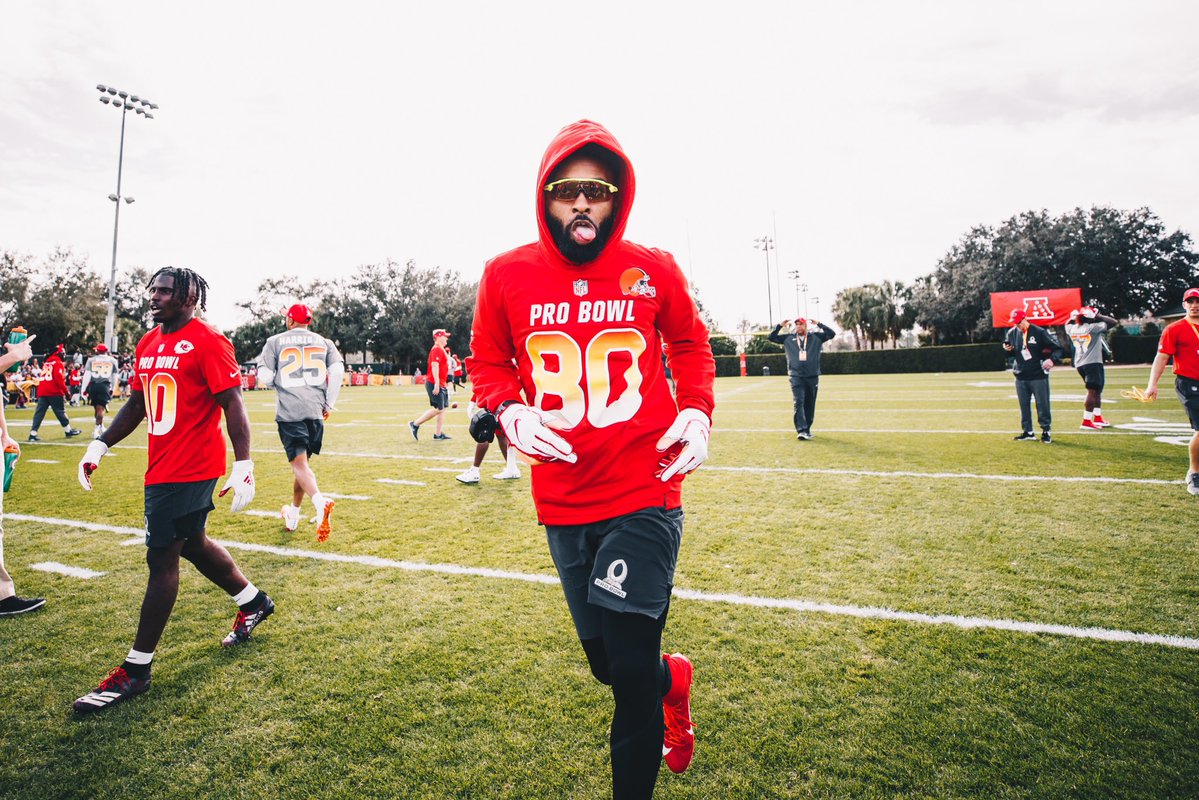 Juice Landry is back in Orlando for Pro Bowl; however he is back with a new team. Landry was a key component in the resurgence of the Cleveland Browns. Along with rookie quarterback Baker Mayfield, Nick Chubb, Denzel Ward, and Myles Garrett, to name a few, Landry has given Cleveland fans something to smile about again.

When speaking on Mayfield and how he acclimated to the NFL, Landry had this to say:

“You know what? He was ready. He’s one of those guys that’s just, he was just ready. He has the charisma, he has the attitude; obviously he’s a natural-born leader and he’s damn good at the position. So you know, he was ready.”

Landry was clear that while the season did not end the way they wanted; it was definitely a start for bigger and better things to come. With so much star-power available in upcoming free agency, Landry has not been shy about recruiting players to Cleveland.

“I think I would have to get into a Jim Dorsey meeting and figure out what’s the next step but we’re taking any and all available players that’s not feeling appreciated. Come on over to this side.”

With a revamped offense, defense, and coaching staff, the Land might not be such a bad destination. After going winless in 2017, the Browns finished 7-8 with optimism through for next season and beyond. Watch Landry’s recruiting pitch below.