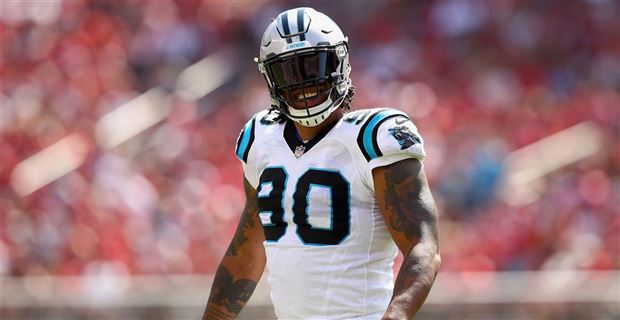 NFL Players protested in a variety of ways after President Trump’s comments. However, all of the Panthers didn’t but one, Julius Peppers.

CHARLOTTE —- The President of the United States made it clear how he feels about players protesting during the national anthem. He called them ‘sons of bitches’ and said they should be punished and/or fired. However, many players showed solidarity and protested throughout the league today. The Carolina Panthers exercised their first amendment right and didn’t protest at all. Nevertheless, Julius Peppers wanted to do things differently.

Peppers acknowledged that he didn’t want to ask anyone to protest with him. He reiterated that this was something he felt like he had to do.

Peppers admitted that the last 24 hours was a lot for him to process in making this decision. In addition, he understands his decision may have some negative responses to it. However, he doesn’t care.

He added, “It’s only a few times in a man’s life where you have a chance to stand up for something that you believe in and make a statement. So, today I thought it was that chance. So I took it.”

Julius Peppers: it’s only a few times in a man’s life where you have a chance to stand up for something that you believe pic.twitter.com/5q109oALni

Peppers fine with being lone Panther that protested:

Peppers isn’t the type of player that likes to have all the cameras in his face. Many media members in Charlotte didn’t get a chance to interview him until months after he signed with the Panthers. Making a stance and deciding to protest would be overbearing for many. However, that wasn’t the case for Peppers.

“It wasn’t hard at all,” he said. “Because I feel that strongly about it.”

Peppers: it wasn’t hard at all because I feel that strongly about it (Peppers on the decision to stay in the locker room) pic.twitter.com/RioOcJNNGl

He made it clear that he wasn’t looking for his teammates to join him. This was a decision he made as a man and stands by it. In addition, he hopes the conversation will continue about the racial injustices of people of color.

Peppers on why he stayed in the locker room versus kneeling on the sideline of the field pic.twitter.com/1Lb8Hnzzyx