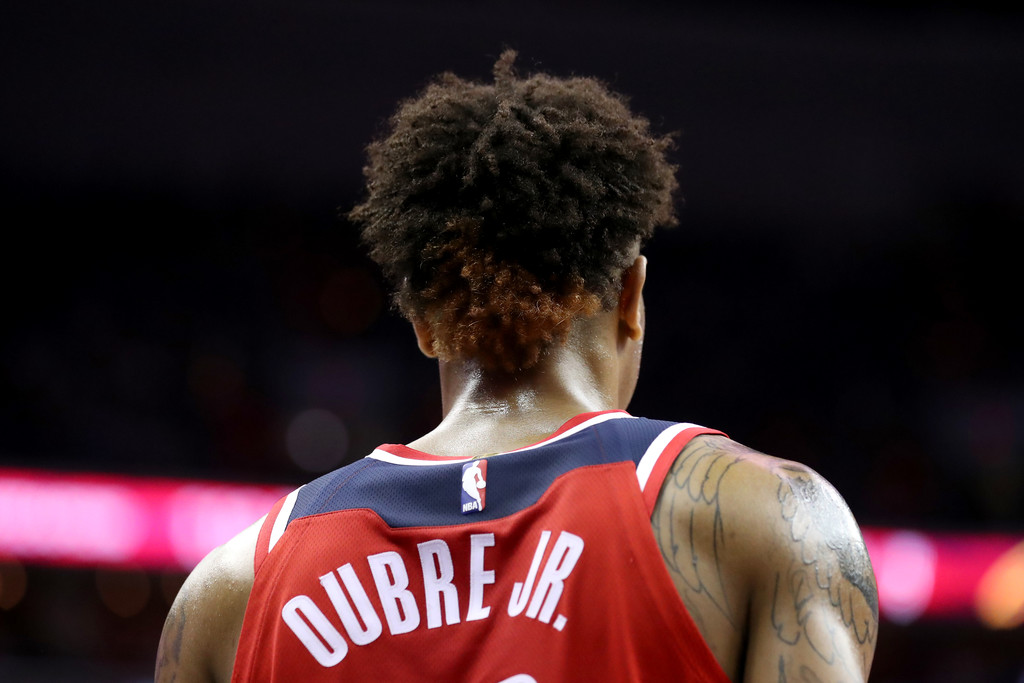 Kelly Oubre produced on both sides of the ball. Additionally, the Wizards second unit contributed nearly half of the total points.

WASHINGTON — The Washington Wizards hosted another underperforming team last night. Normally, they would come out and play down to their competition, and we’ve seen many examples of that so far this season.

However, the Wizards dominated the majority of the game and their second unit proved themselves worthy. In particular, Kelly Oubre finished the night with 18 points and seven rebounds. But, Oubre is a lockdown defender. It is that aspect of his game that slipped as he struggled offensively.

“I kind of lost sight that defense is my strongest suit and I’m back to that,” Oubre said to reporters after the 113-94 win over the Atlanta Hawks. “That’s my main focus. Defense leads to offense.”

“When he’s solid defensively, he always has a good game offensively,” Brooks said. “The game rewards him like that.”

Brooks said earlier in the season that he wanted to allow the second unit to “create an identity” and last night he showed his confidence in this unit by having them out there for the start of the fourth quarter. He mentioned the only way the second unit will develop is giving them opportunities. Oubre again credits the way they defended against Atlanta.

Washington contained Atlanta at just about every position. Overall, the Hawks shot 41% from the field. Schroder couldn’t buy a bucket only finishing with seven points, shooting roughly 12%, and went 0/3 from downtown.

Additionally, the Hawks shot 14-33 from behind the arc. And their bench contributed 37 points total in the loss to the Wizards. Brooks accredited the early defense equaled a victory and a much-needed break for his starters.

“It’s just nice to get off to a good defensive start and play pretty solid defensively throughout the game,” Brooks said. “But we did a great job really making them take tough shots. We controlled the tempo on both ends.”

He continued, “We gave our starters time to rest in the fourth quarter. A lot of good play off the bench. [They were] looking for each other. Hopefully, we can continue to build off a game like tonight.”

In addition to the second unit, the starters came to play as well. The Wizards shot 53% from the field and led by Bradley Beal with 19 points. Additionally, John Wall and Markieff Morris had 31 points combined.

Prior to the game, it was unclear if Wall was going to play. He didn’t participate in practice due to an illness, but he showed up when it mattered.

“I was very sick,” Wall said to reporters in Washington after the game. “I came in with a ski-mask on today. One of my migraines came back and I had a cold on top of that. I didn’t get to warm-up before the game I had to get two IVs so I can have some type of energy.”