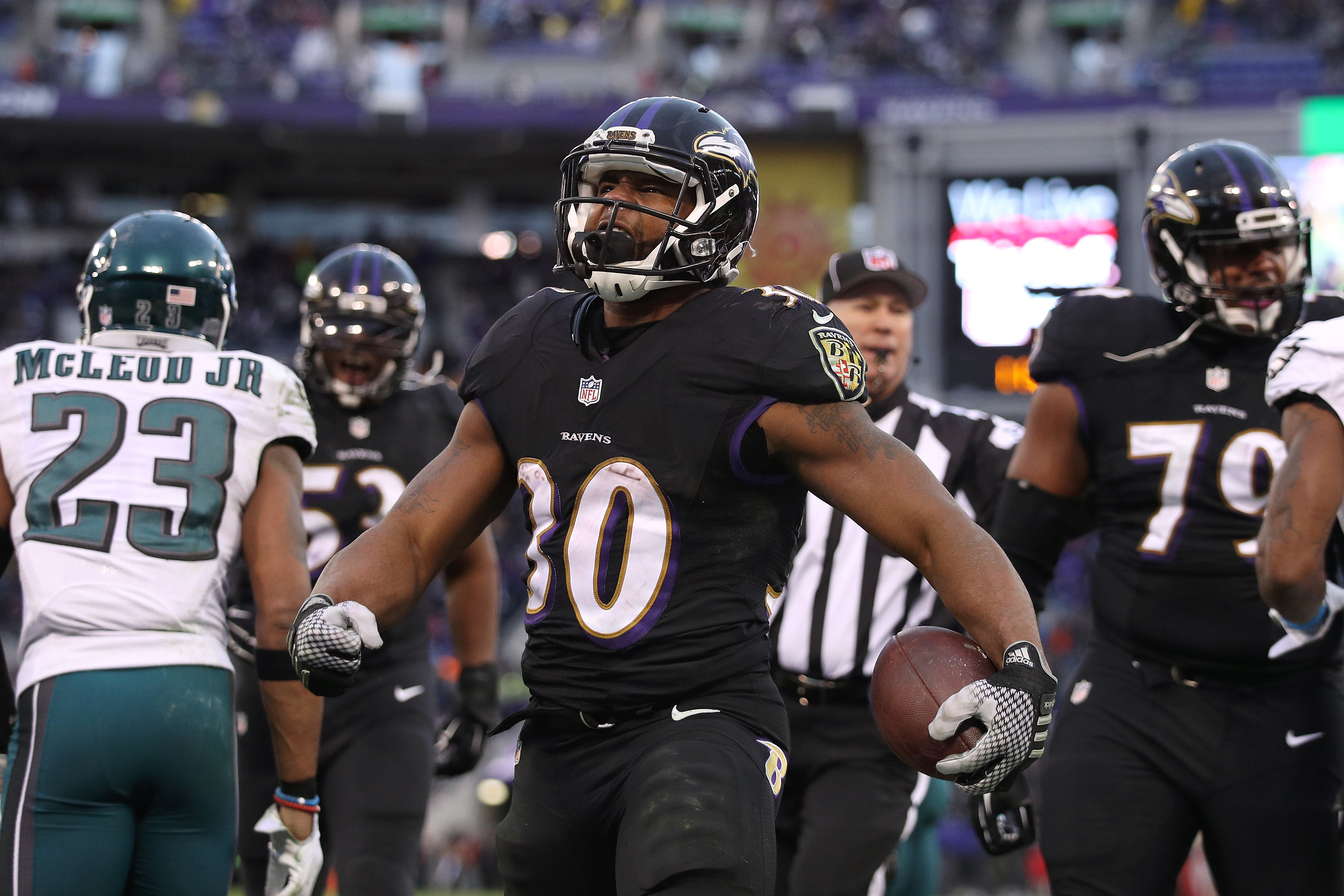 The Baltimore Ravens have lost one of their leading rushers from last season and have signed a familiar face to replace his production.

BALTIMORE, Md. — 23-year old running back Kenneth Dixon was lost for the season on Tuesday, after undergoing an arthroscopic knee surgery to repair his torn meniscus.

Last season, Dixon rushed for 382 yards and two touchdowns on 88 attempts. He showed explosion and the ability to catch the ball out of the backfield as well. Despite being primed to compete for the starting running back role this season, Dixon was suspended for four games for violating the NFL’s policy on performance-enhancing drugs.

Dixon was drafted in the fourth-round (134th overall) of the 2016 NFL Draft from Louisiana Tech. He finished his career with a then-NCAA record of 87 touchdowns, but it would be broken by fellow future Raven Keenan Reynolds. Dixon also had 5422 yards from scrimmage during his illustrious college career.


Baltimore has also signed running back Bobby Rainey. Rainey most recently played with the New York Giants, where he served as their kick return specialist. Rainey, 29, is familiar to many of Baltimore’s faithful due to his appearance on the 2012 Ravens roster.

He started his career with the Ravens as an undrafted rookie free-agent. He was cut on September 10, 2012 and promptly brought back to the practice squad two days later. Rainey would become the captain of the practice squad and was called up to the 53-man roster on October 16, 2012. He would never play a down in Baltimore and was released on August 31, 2013.

During his five-year career, Rainey has rushed for 1053 yards and six touchdowns on 266 attempts. He also has 2961 all-purpose yards. Rainey played with the Cleveland Browns and Tampa Bay Buccaneers in addition to New York and Baltimore.