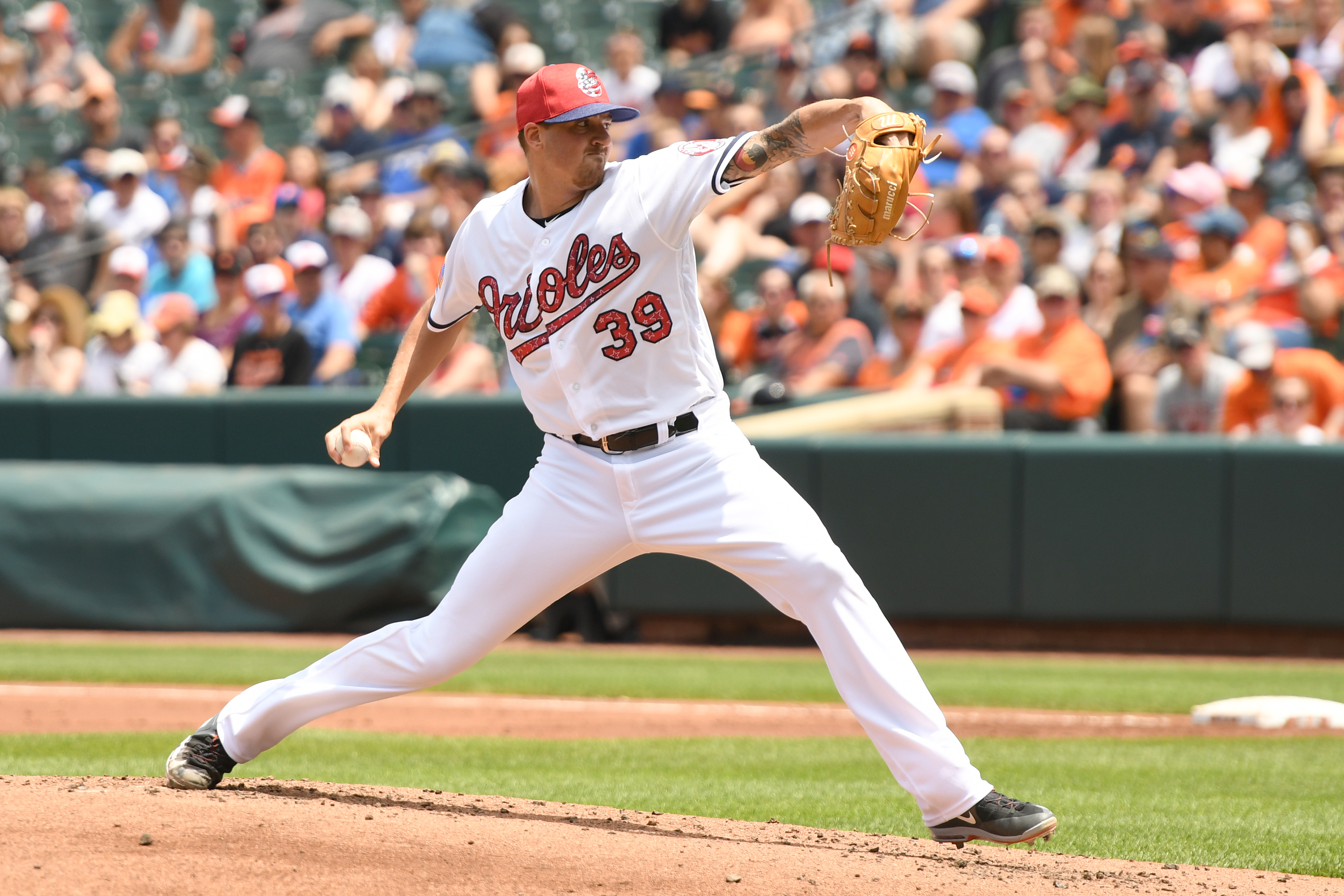 BALTIMORE – Kevin Gausman tied a season high in innings pitched and strikeouts, and Manny Machado belted his 16th home run of the season as the Baltimore Orioles defeated the Tampa Bay Rays, 7-1, in the series finale to move them one game under a .500 record.

Gausman pitched seven innings of shutout baseball and struck out nine batters to improve his record to 5-7 on the season and made it known early that he was in control with an eight-pitch first inning.

“You could tell he was going to carry good stuff,” Buck Showalter said after the game. “The secondary stuff was really good today. Probably the best secondary stuff he’s had this year.”

Caleb Joseph led off the third inning with a bloop single to center for the first hit of the afternoon. Cobb hit Ruben Tejada on the next pitch and Joey Rickard’s sacrifice bunt gave Baltimore runners on second and third. Seth Smith hit a comebacker to Cobb, but the starter overthrew Logan Morrison at first base, which allowed Joseph to cross the plate for the first run of the ball game. Two pitches later, Manny Machado roped a 0-1 fastball into the left field seats for a three-run home run to give Baltimore a 4-0 advantage.

Mark Trumbo kicked off the Orioles fourth inning with his 12th home run of the season to make it 5-0. Since 2012, his 161 home runs rank tied for ninth among Major League hitters.

That was all the run support Gausman needed as he cruised through seven innings to match his longest start of the season. He has not given up a run in his last two starts and looks to be rounding into the player the O’s were hoping for heading into the season. Gausman has only given up six hits in those two outings.

Baltimore tacked on two more runs in seventh on a Smith double that was just out of the reach of a diving Mallex Smith. Joseph and Tejada both scored for the second time in the game on the two-bagger from Smith.

Mychal Givens came on in relief of Gausman in the eighth and gave up a solo home run to Jesus Sucre to give the Rays their only run of the game. Miguel Castro pitched a clean ninth inning to preserve the win.

Trey Mancini has been terrific for much of the season and did draw an eighth inning walk, but the rookie is in the midst of a 0-for-14 slump and has struck out six times in the last four games.

Joseph had three hits on the day to raise his batting average to .294 on the season and has nine hits in his last 14 at bats.

The Orioles will travel to Miller Park for a three-game interleague series against the Milwaukee Brewers. Wade Miley (3-6, 4.54 ERA) will start for Baltimore, while the Brewers have yet to announce their starter for the contest. First pitch is scheduled for 2:10 p.m.