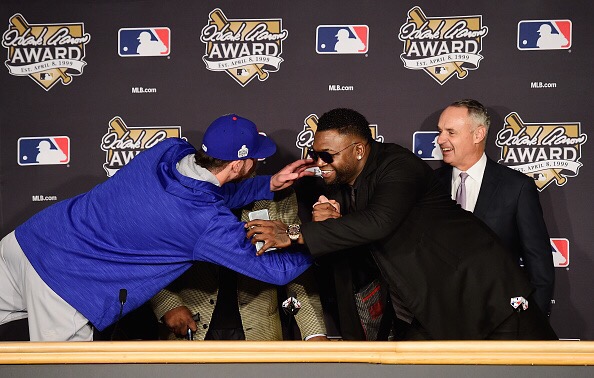 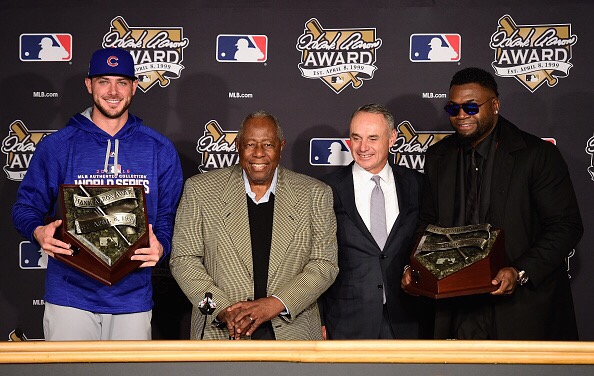 The Hank Aaron Award is given to the best offensive player on each league. Aaron is the second all-time leader in career home runs with 755. That record stood for 31 years before Barry Bonds broke it in 2007. Bonds record is now 762. The winners of the 2016 Hank Aaron award are Chicago Cubs third basemen Kris Bryant and Boston Red Sox designated hitter David Ortiz. Now, Bryant is attempting to do what Ortiz did, end the franchise’s championship drought.

Bryant finished the 2016 season with a .292 batting average, 39 home runs and 102 runs batted in. His Cubs finished with 103 wins are the National League Champions. Bryant won the 2015 National League Rookie of the Year and is a candidate for league Most Valuable Player. Nothing would be better for this second year player than to finish the season with a World Series ring. It would also be the Cubs first championship since 1908.

Ortiz capped off his final season with amazing numbers. In route to leading the Red Sox to the American League East title, he finished a batting average of .315, 38 home runs and 127 runs batted in. While Bryant’s Cubs are attempting to break a curse, Ortiz’s Red Sox accomplished a similar feat in 2004. Down three games to none to the rival New York Yankees, Ortiz and the Red Sox rallied to win four straight and went on to the World Series and brought the city the first title since 1918. 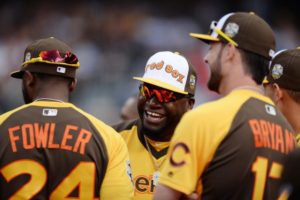 Kris Bryant’s career is just getting started, while David Ortiz is coming to a close. Ortiz announced that he would be retiring at the end of the 2016 season. He finished his career with three World Series rings. Bryant is working on his first, but he will have a difficult task as his Cubs face an Indians team who has been in a drought as well.