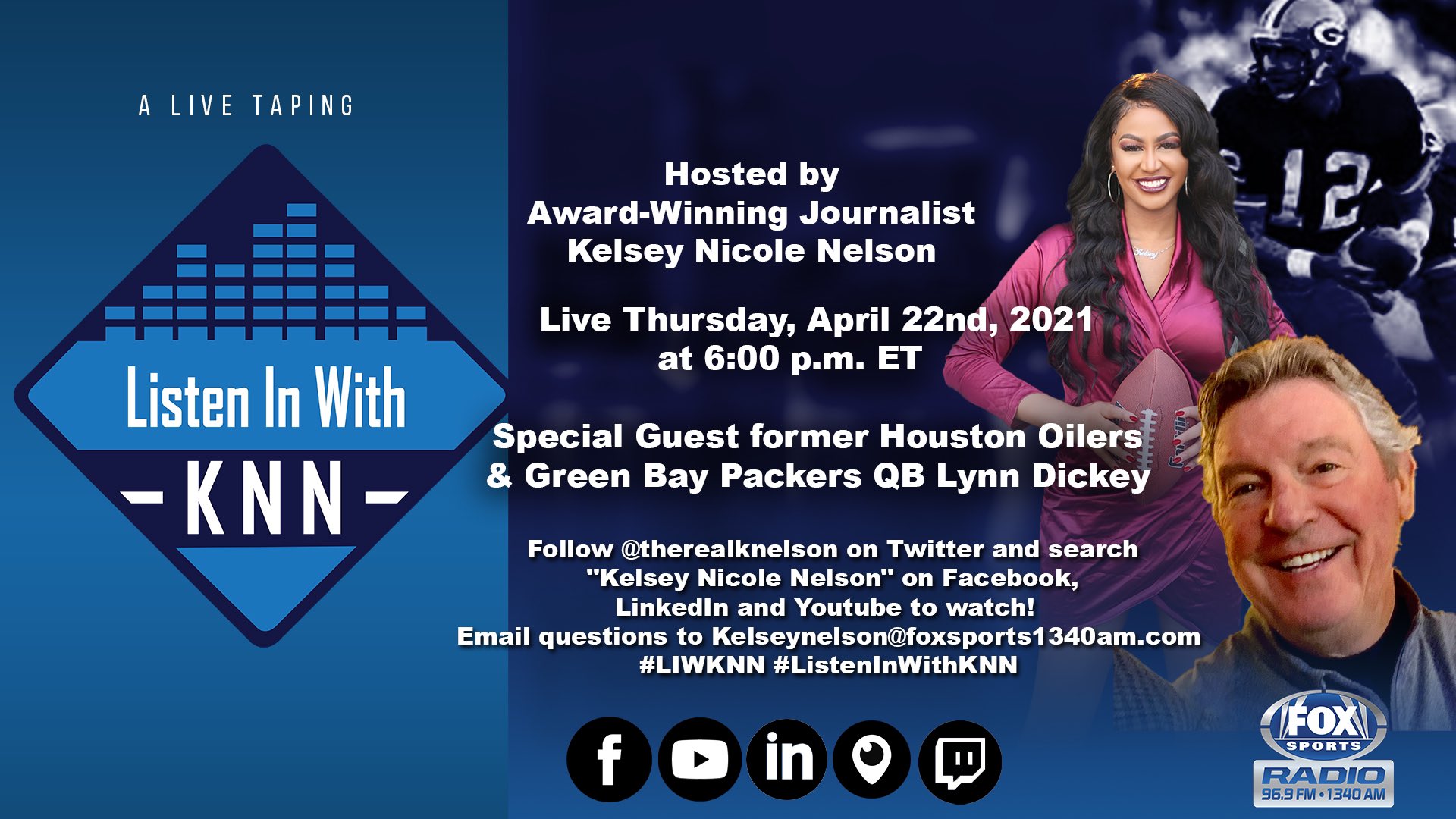 On the latest episode of Listen In With KNN on Fox Sports 1340AM, host Kelsey Nicole Nelson welcomed former Houston Oilers and Green Bay Packers quarterback Lynn Dickey to the show.

His football journey began in Kansas where he was born in Paola and grew up in Osawatomie. There was no pee wee football in his hometown which led Dickey to start playing the sport when he was a freshman at Osawatomie High School. He led the school to a state championship as the starting quarterback and middle linebacker on defense.

“I noticed our middle linebacker was not very active. I went to the coach and said, ‘I’d like to play middle linebacker on defense.’ At that point, you’re young and dumb and I thought I was invincible until my junior year in college. I had more fun playing middle linebacker,” Dickey said. “Those were the days when I look back, it was really fun.”

After high school, he attended Kansas State University where he finished 10th in voting for the Heisman Trophy award after his senior year. During his collegiate career, Dickey realized that college football was no fun and games.

“I was more serious, business and studying which I loved. I loved looking at a playbook that was the size of the Yellow Pages and I loved memorizing that stuff. Once you get into the pros, it’s the same thing on a bigger scale. There’s nothing better from a quarterback because we had the best seat in the house,” he said.

Dickey was picked by the Houston Oilers in the third round of the 1971 NFL Draft. His career got off to a rocky start as he was in competition with fellow quarterback Dan Pastorini. While in Houston, he suffered numerous injuries such as a dislocated and broken hip. In 1976, Dickey was traded to the Green Bay Packers to have a fresh start.

He was fortunate to be groomed under the legendary Packers quarterback Bart Starr, who was his head coach at that time. What the quarterback learned about his coach was the importance of deciding a play and not wasting his timeouts.

“If we’re giving you a play and you look up at the play clock and it’s down to 12 seconds and you don’t have a play yet, look at the down and distance and there’s three runs and three passes, do not waste your timeouts and get up there and go. I always studied and I was so lucky that I had a mentor like Bart because Bart was a fabulous student of the game,” said Dickey.

As a result of Starr’s guidance, he became an All-Pro in 1983 where he threw for a career high 4,458 yards and 32 touchdowns. Dickey was throwing to his favorite targets in James Lofton and John Jefferson as they would work on route audibles.

“I used to get such a kick out of watching film all week and seeing a safety blitz. James and I always had a really good rapport. Sometimes, I would be seeing something that a defender was doing and he told me, ‘if I see the corner (back) guarding me and he’s way inside of me and you can’t see it from inside, I’ll put my hands on my hips and I’ll give you a heads up. To make an audible there and see James (Lofton) catch a long touchdown was fun stuff,” he said.

Dickey’s playing career ended in 1985 but his love for the game continued as his two favorite quarterbacks are Aaron Rodgers and Patrick Mahomes. He advises the quarterbacks that will be in the 2021 NFL Draft such as Trevor Lawrence, Zach Wilson, Mac Jones, Justin Fields and Trey Lance to study the game.

“Never get caught with your pants down meaning if you were in a game and you go, ‘I didn’t study for that.’ Don’t let anything come up in a game or a situation that you can’t handle.”