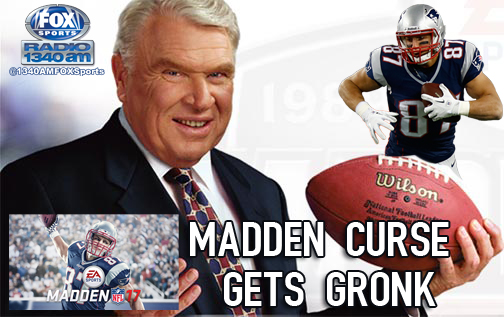 John Madden, the legendary coach of the Oakland Raiders is known to the gaming world as the namesake of the premiere NFL video game. Until 1999, Madden himself was the cover boy. In 1999, San Francisco 49ers running back Garrison Hearst became the first player to appear on the cover. He started a trend known as the “Madden Curse.” When a player is infected by the madden curse they will experience the following: an injury, a decline in play, they never bounce back after a bad season or their team receives a devestating loss Now let’s take a look at every cover athlete. 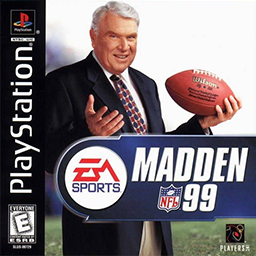 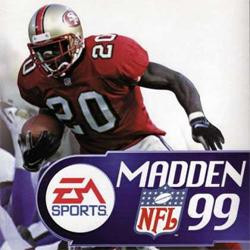 As note Garrison Hearst was the first player to appear on the cover, while many remember Madden being on the cover himself, there were covers out there with Hearst.

Result: Hearst broke his ankle on the first play of the divisional round of the playoffs against the Falcons. 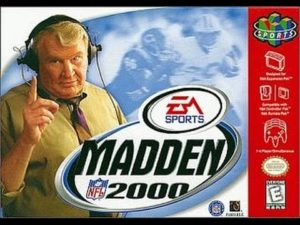 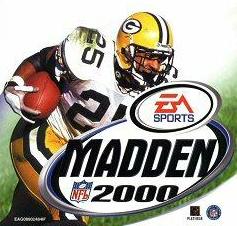 We entered the new millennium with Madden still on the cover, but it would be the last. Barry Sanders was the original coverboy, but when he announced his sudden retirement, EA Sports decided to go with Dorsey Levens.

Result: Barry Sanders abrupt retirement and this would be the last productive year for Levens. The Packers would have their worse record since 1992. At least they had Ludacris’ theme music. 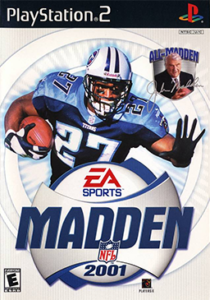 2001 was the first year the franchise went online. It was also the EA Sports response to Sega Dreamcast’s NFL 2K franchise which many still use a Dreamcast BIOS Gamulator to play today. Madden 2001 was a strong entry to rival NFL 2K and Eddie George will always be the first cover boy everyone immediately remembers. The Titans were fresh off their AFC Championship and had a string of 1,200 yard season. 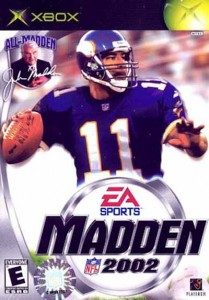 2002 was the first year for Madden was on Microsoft’s XBOX. The cover boy, Dante Culpepper. Culpepper was a dual threat, throwing for nearly 4,000 yards and 33 touchdowns to earn his selection.

Result: Culpepper suffered a season knee injury and now fans have an idea, the “madden curse” is real. 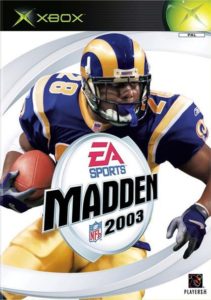 Madden 2003 featured on of the players who was on the greatest show on turf, Marshall Faulk. In the early 2000s the Rams became on the NFL’s must see teams. Even after being upset in the Super Bowl by the New England Patriots, fans were excited for the return of the Rams.

Result: Faulk would NOT rush for more than 1,000 yards and the decline began. 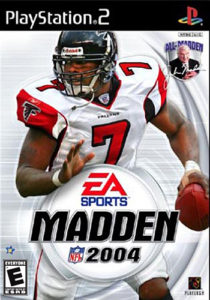 Tecmo Bowl fans will always talk about how great Bo Jackson was. Longtime Madden players will always remember Michael Vick in 2004. With a QB speed at 90, all you had to do was drop back and take off. Vick was not only the cover boy, but on his way to becoming the face of the NFL.

Result: Vick suffered a fracture in his right fibula and missed the first 11 games of the season. 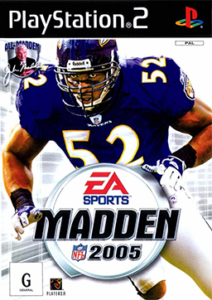 2005 introduced the “hit-stick” and who better to grace the cover than Ray Lewis. Lewis’ Ravens were notorious for their defense.

Result: To this point, Lewis did not have the worse luck, he just did not intercept any passes for the first time in his career and he suffered an injury, missing the final game of the season. The worse of all, the Ravens failed to make the playoffs. 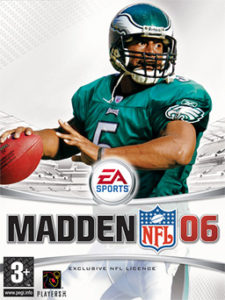 In the mid 2000s, some were Michael Vick’s fans and some were Donovan McNabb fans. Following a Super Bowl appearance, McNabb looked to bounce back and finish.

Result: McNabb suffered a groin injury and ended up on the injured reserve list. 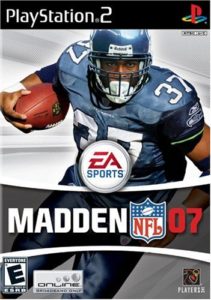 Shaun Alexander earned the right to grace the cover of Madden when he won the NFL Most Valuable Player award and led the Seahawks to the NFC Title.

Result: Alexander followed up an MVP season with a broken foot and failing to rush for more than 1,000 yards 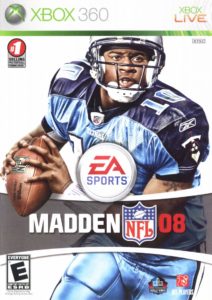 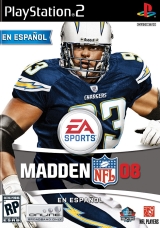 Madden 2008 was the first on the XBOX 360 and what better player to grace the cover than the guy everyone thought would be an elite quarterback for years to come. After dethroning the USC dynasty in college, Vince Young entered the NFL and immediately made a name for himself. Young won Offensive Rookie of the Year and made the Pro Bowl.

Result: Young injured his quadricep and never lived up to expectations. Many may remember the alternate cover that featured Luis Castillo. He also suffered an injury causing him to miss six games. 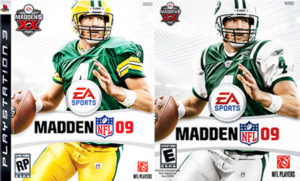 In the 20th anniversary edition, EA Sports went with the future hall of famer, Brett Favre. The original idea was to celebrate his career after he announced his retirement. However, Favre decided he was not done yet but the Packers decided they were done with him and Favre signed with the Jets.

Result: Late in the season, Favre suffered a shoulder injury. 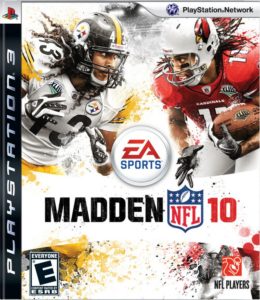 For the first time, Madden featured two players on the cover. Ironically, they were members of the Super Bowl Champions and Runner Ups. The champion, Troy Polamalu and the runner up, Larry Fitzgerald.

Result: While Fitzgerald to this point had the best numbers of any cover boy, he did suffer a rib injury preventing him from playing in the pro bowl. Polamalu on the other hand, suffered a sprained MCL in the first week. 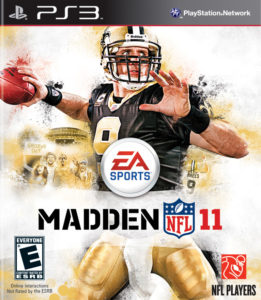 Result: Brees threw more interceptions than he did in previous years and his Saints lost to the Seahawks, the first team to make the playoffs with a losing record. 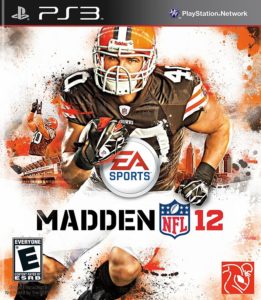 Peyton Hillis, remember him? Hillis had a breakout season in 2010, rushing for over 1,100 yards and receiving over 450 yards. With these numbers, and fans aware of the curse, he won a contest after defeating Aaron Rodgers, Ray Rice, Matt Ryan, and Michael Vick. 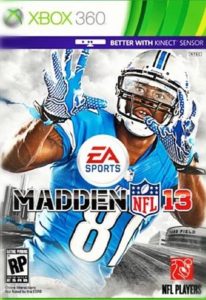 Calvin Johnson may have cut his own career short, but overcoming the “madden curse” alone should give him a NFL Hall of Fame jacket. 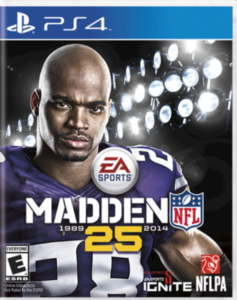 In the first season on the Next-Gen platform, EA Sports elected to go with Adrian Peterson after he won the Most Valuable Player Award in the 2012 season. That season, he just missed Eric Dickerson’s rushing record.

Result: Peterson was limited with a nagging foot injury and did his team finished with a 5-10-1 record. 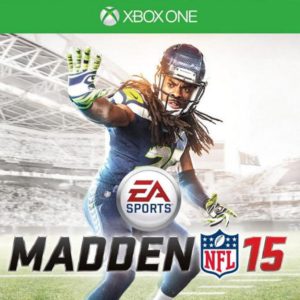 Richard Sherman was a key member of the Seattle Seahawks Super Bowl team. While his play on the field was among the best in the field, his outspoken attitude made him a household name.

Result: While Sherman went as far as to say, “I don’t believe in curses, I believe in God,” and while he still put up some of the best numbers of his career, Sherman’s Seahawks failed to repeat as Super Bowl champions when quarterback Russell Wilson threw an interception instead of a go-ahead touchdown. During the replay, you can see Sherman’s face with a look of confusion…boom, Madden curse! 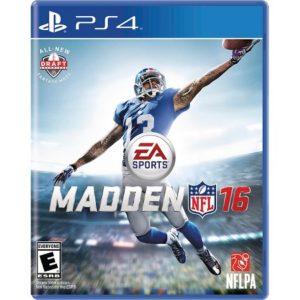 Odell Beckham Jr made a name for himself with one catch. On a Sunday night against the rival, Dallas Cowboys, Beckham made a one-handed catch that was on every network for weeks. That was enough to earn him the cover.

Result: Beckham like Sherman on the field play was not effected. However, some on the field anger issues, caused him to miss a game. His numbers were better, but his attitude was not. 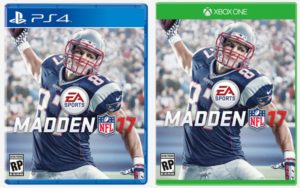 Robert Gronkowski has been Tom Brady’s biggest weapon. He is the one tight-end who coaches have nightmares trying to stop. Not only is he fun on the field, but his off the field antics will have you glued to twitter to see what Gronk is doing next.

Result: Gronk suffered a pulmonary contusion to his lung after a hit in to the chest. Two weeks later, he experience pain in his back and leg after receiving a big hit. It is reported that he will miss the rest of the season.

While the Madden curse is not undefeated, it is certainly winning. The question remains, do you want your favorite player on your favorite game. Tweet me @BrianHWaters