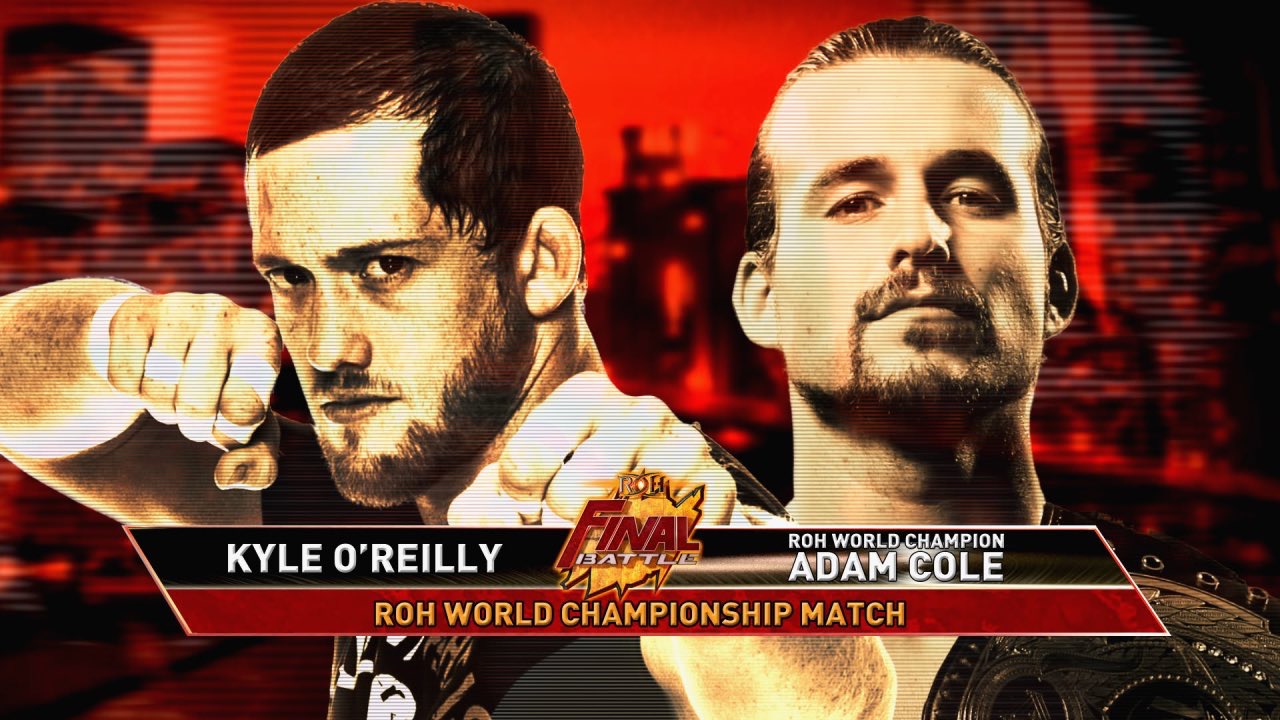 Ring of Honor’s Final Battle it’s the company’s biggest show of the year, this event will take place at the Hammerstein Ballroom in New York. This pay-per-view is stacked from top to bottom.

Silas Young’s star has been on the rise in ROH this year. After he won  the Honor Rumble after coming in as one of the first two participants, he earned an ROH World title shot against Adam Cole. Even though Young lost the match, but it proved that he can hang with anybody in the company and he is destined for greatness as a future ROH Champion.

Heading into this pay-per-view, Young is set to take on a legend in Jushin Thunder Liger. Young called out the living legend on ROH TV, he stated that Liger is a coward for wearing a mask for thirty years. This was absolutely perfect for Young because it gave him incredible heat for hating on such an iconic figure in wrestling. Silas Young will pull off an upset victory over Liger because a win over him would be massive for his overall career. 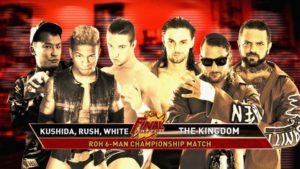 This match should be nonstop action featuring some of the best young talents in ROH, it will be curious to see all six men work in this match because they all got something to prove. I am most intrigued to witness how Matt Taven looks coming back from his devasting knee injury. This is a very difficult match to predict but I am leaning towards the future of Ring of Honor Lio Rush, Jay White, Kushida to make history and be crowned ROH Six Man Tag Team Champions.

Cody Rhodes shocked the world when he asked for his WWE release he made a famous list this summer with Adam Cole name on it. Fast forward to a couple of months ago Cody Rhodes was announced that he would be appearing at Final Battle. Lethal is one of the best talents that is in the company due to his accomplishments and the success he has received since coming back to the company. Right now Cody Rhodes is one the hottest free agent in wrestling. Even though there are no titles at stake this match has the potential to steal the show. Jay Lethal will pick up a win in a closely contested match.

Every wrestling fan was shocked when Colt Cabana made his surprise return to ROH last year during the Supercard of Honor event. He challenged Jay Lethal for the ROH title, but it was ruined by the Bullet Club. Cabana eventually joined up with the flamboyant Dalton Castle to form a tag team. At All Star Extravaganza, Cabana and Castle earned a title shot, which Castle decided to cash in during the All-Stars vs. Champions match at Glory by Honor against The Young Bucks. At the time it seemed like a good idea but it ended up backfiring. Castle tried to bury their problems, but Cabana had a different change of heart as he turned on his former tag team partner. Colt Cabana will manage to steal a win in this contest by using heel tactics in an entertaining match up. 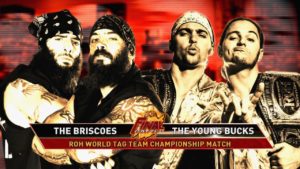 The Briscoes vs. The Young Bucks (c)

This will be a fantastic match between two of the best tag teams in the company. Fans know what to expect when the Young Bucks and Briscoes get together in the ring a lot of  high spots Superkicks and hard hitting action. The Young Bucks will retain their ROH Tag Team titles even though the Briscoes are in desperate need of the tag team titles. 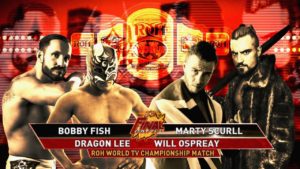 Will Ospreay vs. Bobby Fish vs. Dragon Lee vs. Marty Scurll

On ROH’s recent tour to England, the fans got introduced to the two latest ROH signings Will Ospreay the current ROH TV Champion and Marty “The Villian” Scurll. It will be very exciting to see two of the best wrestlers around the world live on a national level for the first time on pay-per-view.

Will Ospreay shocked the world when he defeated Bobby Fish for the ROH TV Title. Marty Scurll challenged Ospreay on the last night of the tour and he managed to get the win it what was scheduled to be a normal match turned to be a title match. Therefore The Villian captured the ROH TV title to make the ROH England tour a successful one with plenty of shocking moments. Dragon Lee is a CMLL superstar he turned heads as he made his Ring of Honor ROH debut, back in September at ROH’s All Star Extravaganza VIII in a victory over Kamaitachi.

This four corner survival match will be very interesting as it will feature so much international talent all in one ring. Due to the fact that there will be fans who are unfamiliar with the talent, therefore everybody will push it to the limits to make this a special occasion with several memorable moments. Marty Scurll will retain the ROH TV but who knows because the title has changed hands so many times. 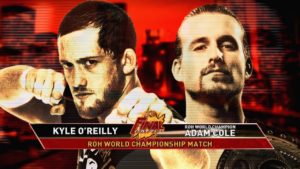 These two world class wrestlers have had quite a heated rivalry against each other. Oddly enough both made their name as former tag team partners as part of Future Shock in their humble beginning in ROH. However, their best work has been against each other as enemies. Kyle O’Reilly was always so close to winning the ROH World Title but Cole would always prevent this from happening. The chase for Kyle O’Reilly has been very entertaining as it had made for compelling TV with unbelievable matches.

As ROH Final Battle its the biggest pay-per-view of the year, therefore, it is only right to have Kyle O’Reilly finally win the ROH World Title on the biggest stage. This feud between Kyle O’Reilly and Adam has been nothing less than legendary. This main event will be another instant classic that wrestling fans will be talking about this match for years to come.