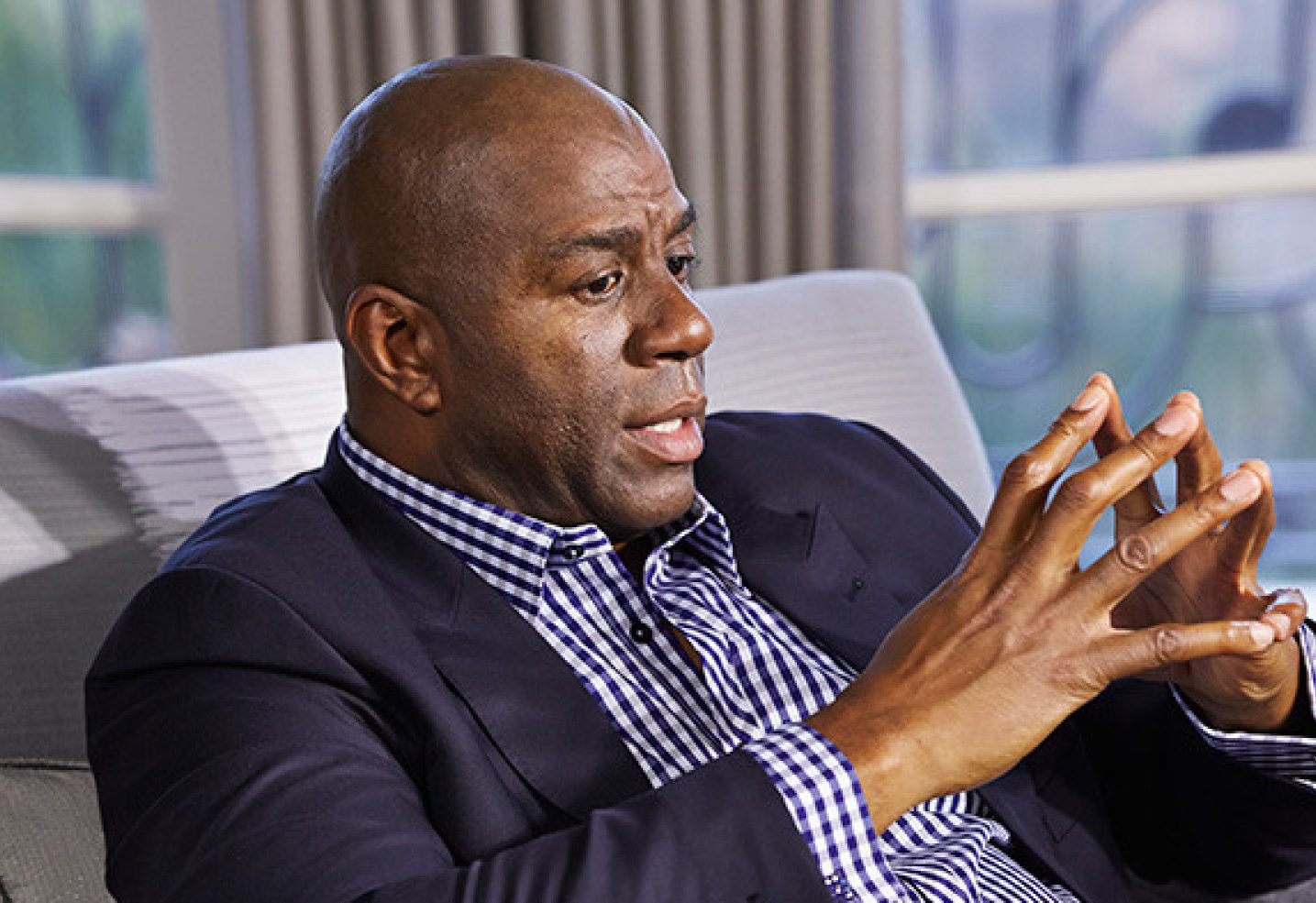 Magic Johnson and the Lakers’ organization may have an internal conflict. Johnson, who is the Lakers’ adviser to ownership has verbally stated his distaste in the direction that the Lakers are going in. Magic went on First Take to discuss why he would be the right candidate to be in charge of the Lakers’ operation.

“If I took on the role, and yes I do want to do it. If I took it on, I would definitely give 150 percent because I have other people to run my businesses. We’re at a place now where I don’t have to be there, but I would have to be with the Lakers every single day. We’ve gotta come up with a strategy that will help us get back in the next three to five years.”

The Lakers have not been in the playoffs since 2013 and have struggled to win consistently. If Magic took over, the whole dynamic of strategy would change from drafting players, seeing what players take their jobs and roles serious, and seeing where they could improve in on both sides of the floor.

Right now the Lakers’ are 19-38 and desperately needs some type of spark to attempt to make a run for the playoffs. The Lakers’ key players have been injured at the start of the season, returned, but has not been efficient enough to give that spark that they need.

A few weeks ago, Kobe Bryant watched his team play and was torn at the lack of effort on the court. He has said that he is willing to help any way that he can.

“Now, being front and center about it, it’s not something that is really my cup of tea. I’d rather be behind the scenes and focus on the content I’m creating because that’s where my passion truly lies, but the Buss family knows that I’m always a phone call away.”

“I think (head coach) Luke (Walton) is doing a fine job,” Bryant said. “It’s tough because you have to teach players how to play within a structure, and within that structure, you have a myriad of options that you must be able to recognize and take advantage of. If one player is taking advantage of them, the other four on the floor must understand where their opportunity is and they can read and react accordingly.”

“It’s very difficult to teach that to a group of young guys so fast, so I think patience is the key word here.”

With things going downhill for the Lakers, it will be interesting to see if they would trade a few players or make Magic the head of operations to see if they can find some type of light.