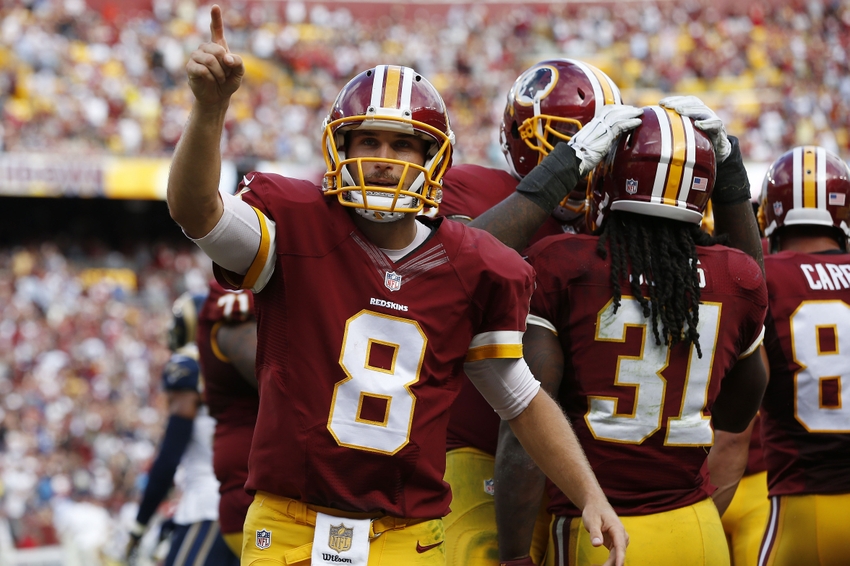 Just a year removed from reigning supreme in the NFC East, the Washington Redskins hit a few speed bumps in 2016. The record was about the same in 2016 compared to 2015. The level of competition just improved, especially in the NFC East. A Week 17 matchup against the division rival New York Giants stood in the way of making the playoffs or missing them. The latter is what happened for Washington.

When dissecting a team and seeing how good they really are, close games can tell it all. In 2016, the Redskins lost (or tied) four games by five points or less. Just one of those losses turned into a win would have helped Washington make the playoffs in consecutive years for the first time since 1991-1992.

What additions, or subtractions, does Washington have to make this offseason to get the team back into the playoffs? Here are three moves that will guarantee the Burgundy and Gold success.

Add More Pieces to the Secondary

The prize possession for Washington in the 2016 offseason was the signing of Josh Norman. After the Panthers rescinded the franchise tag on Norman, Washington was quickly on the phone to secure a meeting with the All-Pro cornerback. Norman was the lone bright spot for the Redskins secondary.

Normally if one side of the field is locked down, that is a benefit to the defense. That was not the case in D.C. Breshaud Breeland was picked on by opposing quarterbacks all season, and he ultimately failed the test. If Washington wants to help out their defense, the secondary has to be upgraded.

Daniel Snyder and the Washington Redskins have about $58M to spend in free agency this offseason. That is more than enough money to rebuild their poorest secondary. For starters, impending free agent CBs Stephon Gilmore and Trumaine Johnson have to be looked at. Adding one of those players will be significant.

The secondary doesn’t stop at just CB. Deangelo Hall was moved to safety for the Redskins, but a torn ACL shortened his season. On top of that, Hall will turn 34 this year, and has an injury history that has come on as of late.

Eric Berry is the hot commodity as far as free agent safeties go, but he will most likely get franchise tagged by the Chiefs. That still leaves players like Matt Elam of Baltimore or Tony Jefferson of Arizona that can be had.

The draft is another direction Washington can go. The top safeties coming out like Jamal Adams and Malik Hooker will be gone when the Redskins are on the clock. Justin Evans out of Texas A&M is rising up the board. The 6”1’ 200 pound safety would be a perfect fit fo Washington.

Beef Up the Defensive Line

Not only did Washington struggle in the passing game defensively, they ranked 24th in the league in run defense. In 2016, Washington gave up 109 first downs on the ground. That was fifth most in the entire league. In order to control the time of possession, you have to be able to run the ball and be able to stop the run. The left side of the defensive line is fine with Chris Baker. The right side and middle however is where the Redskins struggled.

Cullen Jenkins, a 13-year veteran, was inconsistent and virtually nonexistent. Ziggy Hood, who manned the middle, wasn’t much better for the Burgundy and Gold. Washington has to improve these positions if they want to contend in 2017.

The easiest addition to the middle of this defensive line would be Dontari Poe from the Chiefs. Standing at 6”3’ and weighing in at nearly 350 pounds, Poe will make it hard for opposing RBs to run up the gut of Washington’s defense. As for the right end position, Jabaal Sheard from the Patriots or Domata Peko from Cincinnati. Peko may be a head scratcher to some because he was the Bengals defensive tackle, but his size, 6”3’ 300 pounds, will work well on the edge in a 3-4 defensive scheme.

This is a no brainer. Still, it seems the Redskins don’t get it. You aren’t going to find another QB in the draft or free agency in the next half decade with Cousins’ skill set. The knock on this five year vet, is that he can’t win big games. Well if you look at his numbers, he shows up in these big games. The defense on the other hand, doesn’t.

Washington franchise tagged Cousins last offseason, and if a deal can’t be made before free agency starts this year, he will be franchised again. While every player loves money, they also what some type of commitment by an organization. Another year under the franchise tag could make Cousins jet when the offseason begins next season.

Captain Kirk has proved he is a franchise QB. Over his past two years, Cousins ranks third in completion percentage, fourth in passing yards, and fourth in QBR. If Washington decides to not pay him, that wil be their loss. A five-year/$105M deal should do the trick.