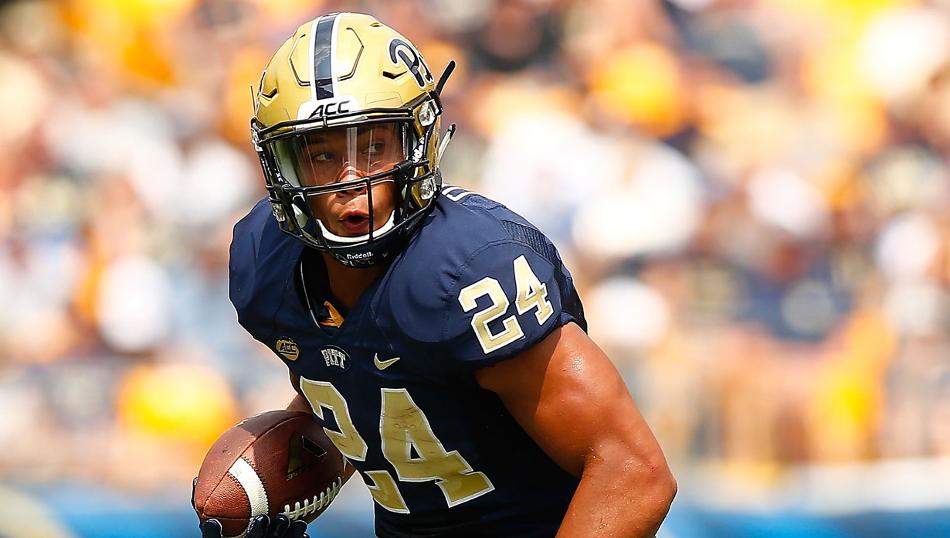 Determination, strength, and hard working are all traits that NFL teams look for in a player. Draft prospect James Conner, RB form Pittsburgh, fulfills all of those traits. In 2014 Conner rushed for over 1,700 yards and 26 touchdowns. He was named ACC Player of The Year.

During his time at the University of Pittsburgh, Conner went through so many ups and downs on and off the football field. Conner tore his MCL in his right knee that took him out for the 2015 season. He was diagnosed with Hodgkin Lymphoma in shortly after.

Conner was able to fight cancer while continuing his training for the 2016 season. After receiving the amazing news that he was cancer free, Conner was ready to get back to his dominating ways. Rushing for over 1,000 yards, and 16 touchdowns in 2016, Conner was back playing the game he loves most. James Conner announced he would enter the 2017 NFL Draft.

Conner has the ability to become an every down back in the NFL. It’s very rare that we see the guy of his size have the speed and versatility that he possesses. As it stands, Conner is a 4th to 6th round pick. His medical history will scare a lot of teams away, especially with the MCL injury. The good news for Conner is that he looked great in the 2016 season and the MCL injury was a non factor. A solid combine working for Conner could place him into the 3rd round but it will all depend on how his workout goes. The size and speed will attract a lot of teams. He is a diamond in the rough. Who will take a chance on this stud running back?