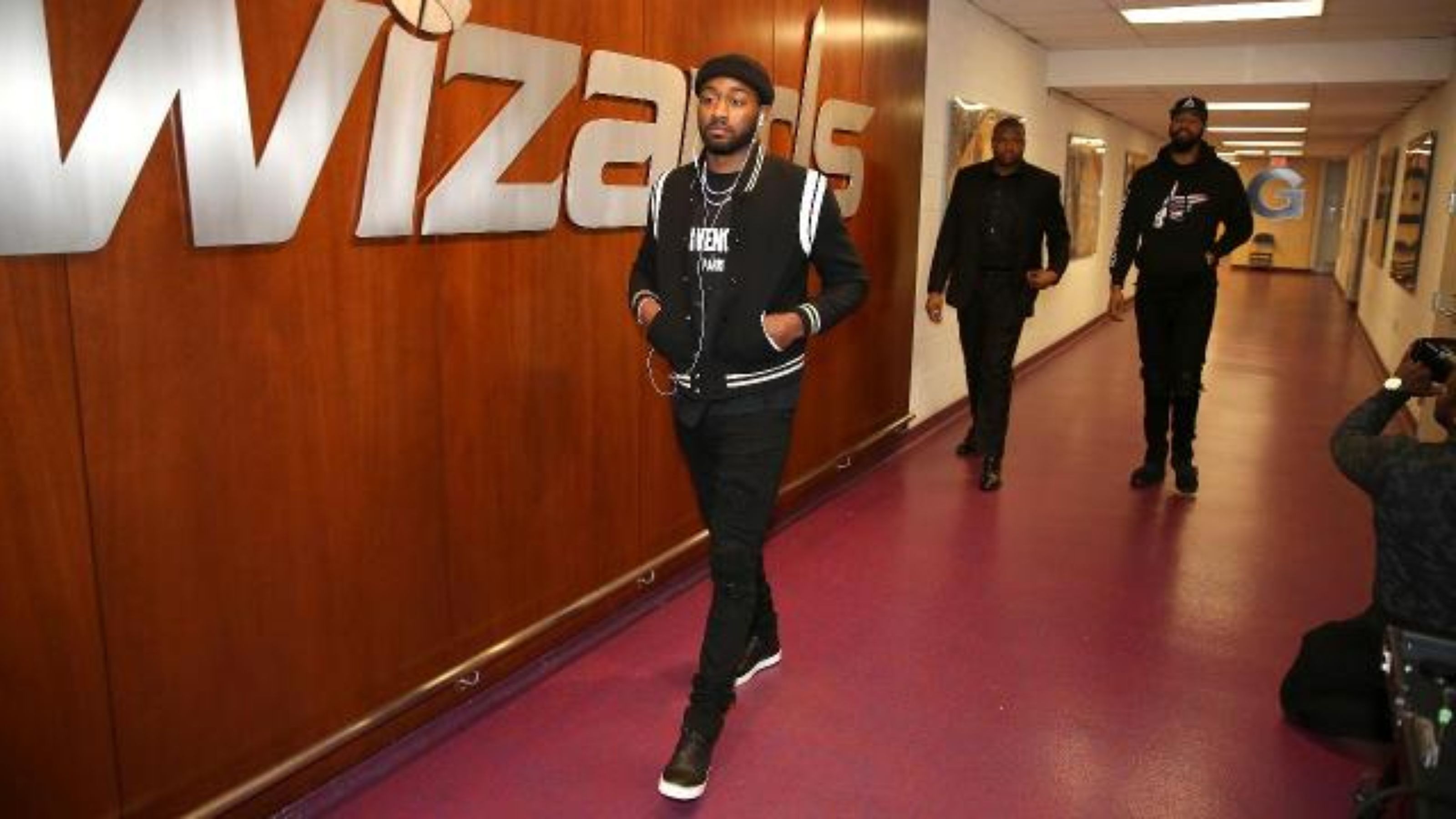 There was obvious hype entering Tuesday Night’s Washington Wizards, Boston Celtics matchup as result of a post game scrum following their previous meeting on January 11 in Boston. Capping off the drama heading into the much anticipated rematch was the Wizards vow to wear all black on Tuesday which was a promise they kept although if you ask me they weren’t scaring anyone, maybe presenting handsome at best. However, the intent was not to look tough or scary, but to send a message. A message that appeared to include a desire to differentiate this current team from last year’s group that was swept in the regular season by the Celtics. All that was left to do was back up their talk with strong play and most importantly a victory.

The Wizards quickly established control in a 123 – 108 blowout of the Celtics. The game began with two quick baskets from starting center Marcin Gortat in route to a 33 point first quarter that entailed Bradley Beal, John Wall, and Gortat all scoring 8 points each. Coming out and setting a tone was critical in a game filled with emotion. Postgame, Celtics SG Marcus Smart alluded to the fact that his team allowed the Wizards to become “comfortable” which was critical with the Wizards being winners of 13-straight home games entering Tuesday’s contest.

What was even more impressive in my opinion was the Wizards ability to withstand all of Boston’s comeback efforts. On two occasions in the second quarter the Celtics reduced the Wizards lead to 3 points and in the third quarter cut a 12-point deficit down to six, but each time the Wizards had an answer including John Wall scoring five quick points to push the Wizards lead back to 11 with 1:05 left in the third quarter. The Verizon center was covered in green, but the Celtics’ faithful sat quietly the entire night even during comeback attempts which was in stark contrast to a raucous home crowd. Wizards small forward Kelly Oubre expressed gratitude toward a fan base that is growing with excitement over this steadily improving team.

It would be hard not to cheer for a team winning their 14th game in a row at home, but it’s also the way the Wizards are defeating teams with Tuesday’s win punctuated by a monstrous dunk by John Wall over Celtics center Kelly Olynyk. Yes, it’s safe to say that the Wizards had the better Kelly on this night. A season high 123 points scored, five players in double figures led by Beal with 31, and a convincing, gritty win versus what is becoming a hated rival is giving Wizards fans dreams of a deep playoff run. As the Bullet/Wizards’ great song puts it “that’s the reason I’m a Bullets fan”.