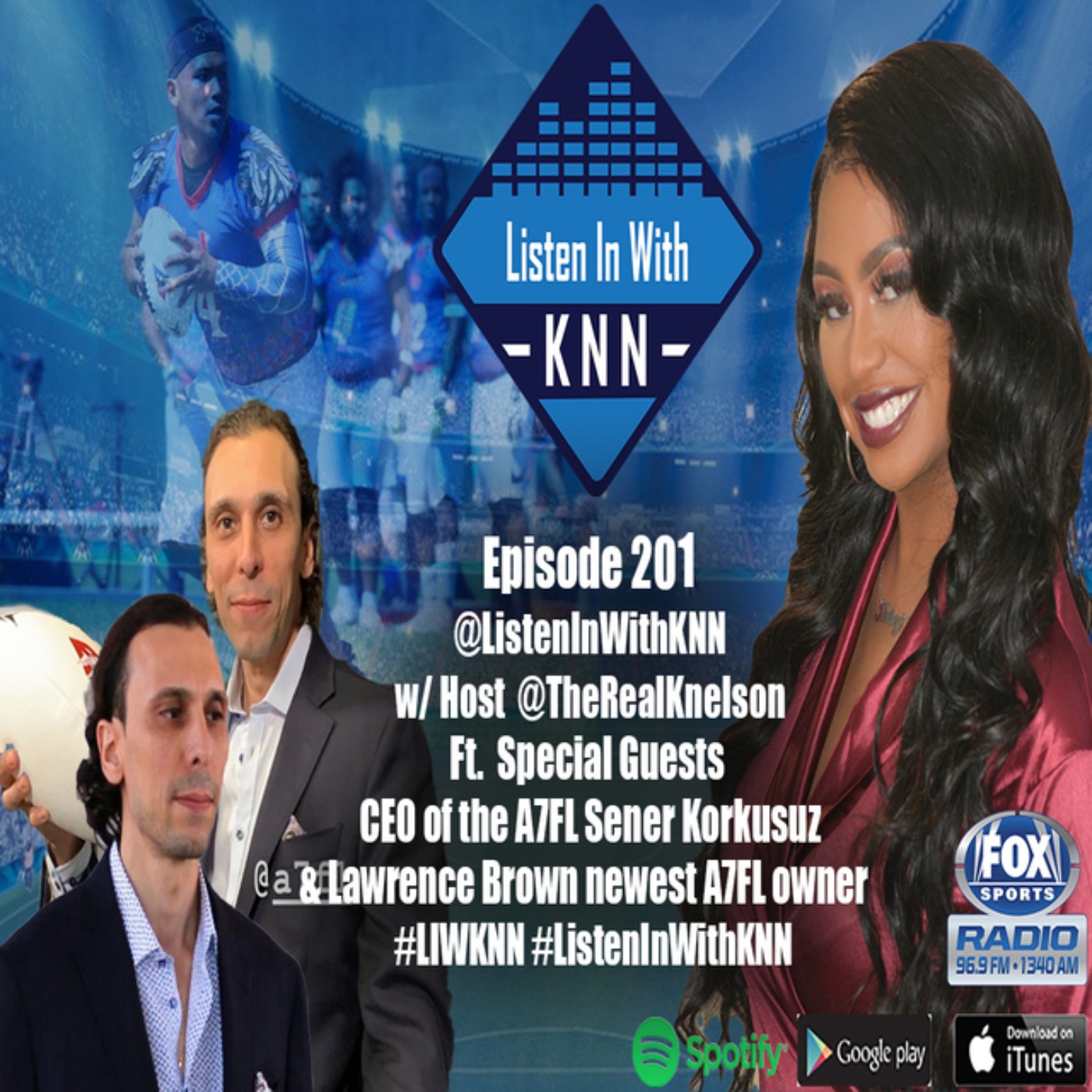 On the 201st episode of “Listen In With KNN” sports talk radio/podcast show presented by FOX Sports Radio 1340AM/96.9 FM, executive producer and host Kelsey Nicole Nelson welcomed special guests from the American 7s Football League (A7FL®), Sener Korkusuz, CEO of the A7FL, and Lawrence Brown, the newest owner of the league’s new Washington, D.C. division, to the first show of 2022.

The A7FL was created in 2014 and had its inaugural season in 2015. Today, the league is heading into its eighth season which kicks off on March 27, 2022. “We’ve had a lot of growth especially in the past few years…the last year we grew from four divisions in 2021 going into now nine divisions, the ninth division being D.C.,” said Korkusuz.

Washington, D.C. is the newest division in the A7FL and they are looking for players to register right now! You can watch the A7FL play in Cincinnati, Florida, Las Vegas, Los Angeles, Maryland, Massachusetts, New Jersey, San Diego, and Washington D.C.

Brown, the owner of the D.C. division is originally from Prince George’s County, Md. He is a former Air Force Academy football player who later served as an Air Force Academy officer and earned his MBA from the University of Maryland Global Campus.

Brown first discovered the league through connecting with David Isaacs, who is chairman of the advisory board for the A7FL, at a Monumental Sports and Entertainment webinar. Isaacs is also the co-founder of the UFC. “Once I heard about it, I was hooked,” said Brown.

A study from the New Jersey Institute of Technology, Korkusuz’s alma mater, found that the play of A7FL has elevated safety. “Through that study, it started to show that the A7FL’s format elevates the safety of our athletes without having a lot of the rule changes that you’re seeing in the NFL. We still have the full contact big hits in our sport. It is still, like Lawrence said, a full-contact sport,” said Korkusuz.

Dr. Jen Welter is another key piece for the league as she serves on the advisory board. Welter is someone who has played football and rugby with both men and women and is the first female NFL coach. “She is somebody who has so much experience in not only football but also rugby,” said Korkusuz.

Features that set this league apart from others out there is the fact that there are no pads, no helmets, no kicking, and no field goal posts. Players also utilize nicknames, each team has seven players on the field, teams play on a 100 by 37-yard field, and wear vibrant uniforms that represent each community. “When you take the helmet out of the equation, [the] player’s instinct takes over to keep their head out of the tackle. That’s scientifically called risk homeostasis or risk compensation,” said Korkusuz.

Some of the notable players in the A7FL are Ashante Worthy, Courage Mozie, and Kareen “Silky Smooth” Moon. “We’ve gone viral every single season including with SportsCenter and Barstool Sports and Bleacher Report and all of the big sports media channels out there,” said Korkusuz.

As the league continues to grow, athletes that are interested in joining and playing in the league should be between 18-30 years old, have previous football experience, along with love, grit, and drive for the game. “We expect the majority of the players to be guys who played youth football, high school football, a little bit of college,” said Brown.

If you would like to be added to their interest list, click here. To register for a team in your area, click here. The A7FL also offers internships in a variety of positions, such as sponsorships, social media, video editing, sideline reporting, article writing, and more.