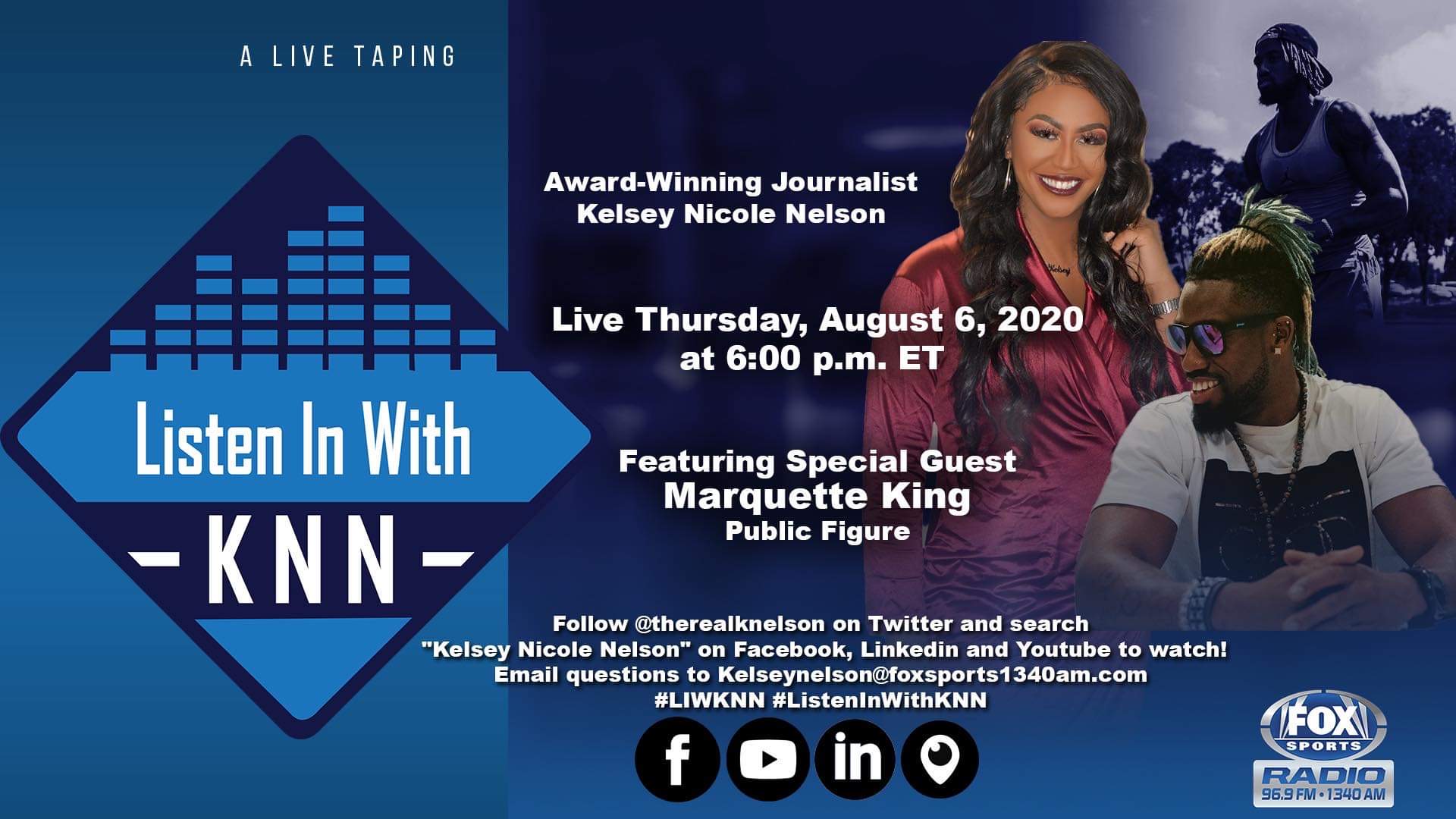 On the latest episode of Listen In With KNN on Fox Sports 1340AM, host Kelsey Nicole Nelson welcomed former NFL punter and public figure Marquette King to the show.

Speaking of his journey, the Macon, Georgia native attended Fort Valley State University, a HBCU. He was recruited as a wide receiver but didn’t see much action. The head coach at the time Donald Pittman saw him punting in practice one day and threatened to take King’s scholarship away if he didn’t commit to being the punter. He obliged and as a result became the team’s Most Valuable Player and a member of the First-Team All-SIAC (Southern Intercollegiate Athletic Conference).

“Being at an HBCU, a lot of Black folks don’t really think about kicking or punting a ball. Whatever position you play, you can still make an impact. My experience at an HBCU was so fired up. I definitely wouldn’t have the same opportunities that I had at Fort Valley State,” King said.

In 2012, he came into the NFL as an undrafted rookie free agent and signed with the Oakland Raiders. King only knew about the Atlanta Falcons and Michael Vick and not much about the Raiders until he did his due diligence.

“ I did my research and found out they were the first team to do a lot of things like racially having a different kind of coach and players with different personalities. They really believe in people being themselves and it was the perfect fit without me knowing what was going on. It was one of my favorite places to play at,” he said.

In Oakland, King became a Second-team All-Pro and led the league in punting yards. At the same time, his personality grew as he became known for his celebrations following his long punts.

“I’ve always celebrated even when I played in college. You work so hard at what you do and when you finally get the results that you’ve been working for that whole week because they make you practice all freaking day,” King said. “You have a right to celebrate that no matter what position you are in. Just because you do one thing in life doesn’t mean is just that. We live our lives to be more than one thing.”

After spending six seasons with the Raiders, he was released from the team and joined the rival Denver Broncos until he was waived in the middle of the 2018 season. King went to the XFL where he was selected by the St. Louis Battle hawks in the 2020 Supplemental Draft. However, being in a new league was a struggle for him as he felt that he didn’t belong in the XFL.

“I and my agent at the time had a talk and he was like the best thing you can do is get into the XFL and prove that you can still do it. The way you get treated in the NFL vs. the XFL was very callous. They (XFL) listen to the players and everything so it was pretty cool. It was the funniest league I played in because they encourage you to be yourself and have fun,” King said.

Looking back at his career, the most important thing he wants to be remembered for is playing the game on his terms.

“A lot of people try to live their life because of how they want others to perceive them. At the end of the day, it’s about being yourself.”