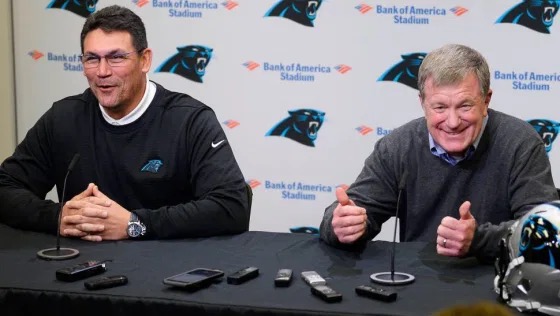 Well, that didn’t take long.  Less than a month after the Carolina Panthers decided to move on from then-general manager Marty Hurney; he has emerged as a top candidate for the same role with the Washington Football Team according to NFL Network’s Ian Rapoport.

It doesn’t hurt that Ron Rivera is going into his second season as the head coach in Washington.  Rivera and Hurney worked together at Carolina during both of Hurney’s stints as general manager.  Hurney held the position from 2002-2012 and again from 2017-2020. After Hurney’s meetings today, an official announcement could be made as early as this week.

If hired, Hurney would join a number of former Panthers assistant coaches and football operations staff currently working with Washington.